Trinity face another tough test against a top half side as they travel to Radcliffe in the Bet Victor Northern Premier League. This is Radcliffe’s first season in this league, having been promoted last year and this is the first time the two clubs have met, with the return fixture taking place in March. They currently sit in 8th place, only four points away from the play-offs. Their home form has been impressive having only lost two of eleven.

Although, they have yet to win in 2020, having lost three games on the bounce and conceding eight goals in the process. Their most recent defeat came at the hands of Warrington Town where a first half header from Jordan Buckley was enough to separate the two sides and lead the home team to victory. Today it was announced that Manager Jonathan Macken has stepped down from the club with immediate effect. This makes this fixture even more intriguing, seeing how the players react, having had such a successful season so far.

Trinity on the other hand will be without forward Mitchell Dunne who left the club by mutual consent this week. The attacker had impressed with his performances, predominantly off the bench this season and the club wishes him all the best. Gainsborough are once again looking to continue their run of form that has been extended to six league games unbeaten, seeing the club climb out of the relegation zone for the first time in a number of months. Although they are still level on 22 points with Buxton, ahead on goal difference, Trinity need to continue this form if they are to escape a relegation battle.

The Holy Blues are coming off the back of an incredible 3-1 victory over Witton Albion. One of the most pleasing parts of this game was the performance of Alex Wiles who put in a two goal, Man of the Match performance on his return to the 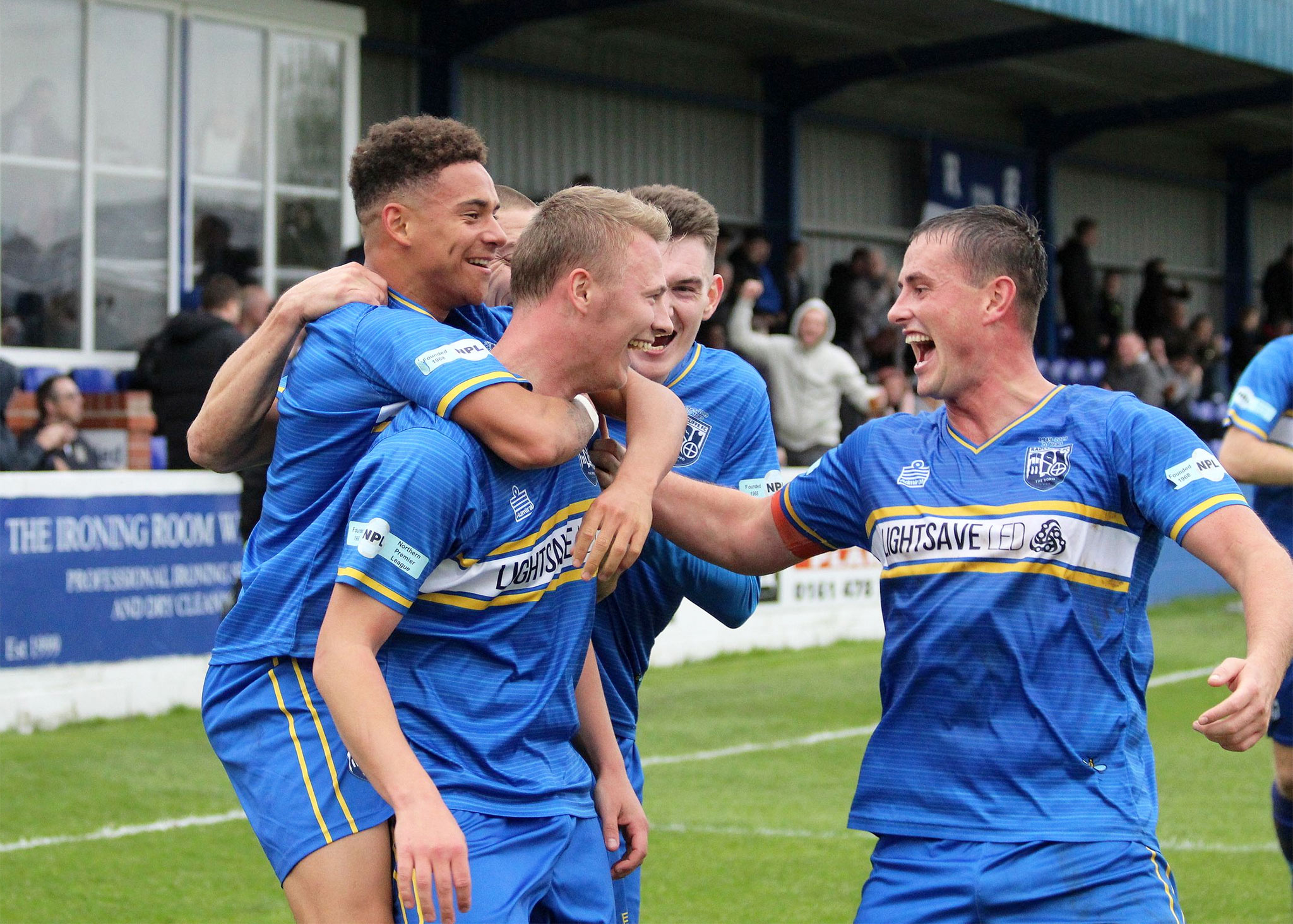 Ahead of tomorrows game, manager Curtis Woodhouse commented, "We just roll on now really. The lads are in great form and playing well. It’s just a case about rolling from game to game. I’ve just actually seen the news that the Radcliffe manager has left, so that came a bit of a surprise. From the outside looking in, it looks like they’re doing a very good job, so that one took me by surprise. But we’ve got to concentrate on ourselves and we’ve got to keep doing what we’re doing."

He continued, "We’re playing great and the vibe in the dressing room is very good. We’ve just got to keep moving forward. We’re out of the bottom three, which subconsciously will do us a world of good. We just look to bounce from game to game now. We’ve set a new target which will stay between myself and the lads, but we’re aiming high and not looking to be in and around that bottom four forever. So now we’re out of there, we really need to push on."

Tomorrows game provides another chance for Trinity to prove that they are in a false position and deserve to climb up the table. The results they are putting together show a clear sign of intent for the rest of the season and even for next. Should they continue picking up points they will drag the bottom half of the league towards the relegation zone. There is a lot to be positive about if you are a Gainsborough fan and we hope to see you at Radcliffe tomorrow!