Trinity are back in BetVictor Northern Premier League action tomorrow as they welcome Witton Albion to the Martin & Co Arena. The Holy Blues are currently unbeaten in their last five league games, and will be looking to continue this fine form under Curtis Woodhouse. A changed Blues side did lose on penalties to Lincoln United on Tuesday night after a 1-1 draw, with former player Elliott Wilson scoring for United.

Witton Albion is another mid table side, currently sitting in 11th place. Although, only six points off a play-off spot, there is definitely still a chance that they could climb up to 5th place. In contrast to Gainsborough, Witton have failed to win in their last five games, and the festive period has proved difficult. They will be looking to kick-start a run of games and will see the lower half Trinity as the perfect opportunity. Last time out they were on the end of a 2-0 home loss to Buxton, with Tom Elliott impressing for the Bucks.

Since Tuesday night’s game, Gainsborough have announced the signing of Wrexham youth prospect Doug Tharme. It is unlikely that he will feature this Saturday though, as he requires international clearance for the move to go ahead. Woodhouse also boosted his side with the return of midfielder Alex Wiles who previously played under Dom Roma and Martin Foster. The tenacious midfielder re-joins Woodhouse, for whom he managed at the start of the season for Tadcaster Albion.

“We’re back to the real stuff on Saturday. We came through last night’s game unscathed (Tuesday’s Integro Cup fixture against Lincoln United) which is the main thing. I don’t mean any disrespect towards the cup competition, but it’s not one we wanted; to hamper what we’re all here for, which is to try and get safe in the league. The m 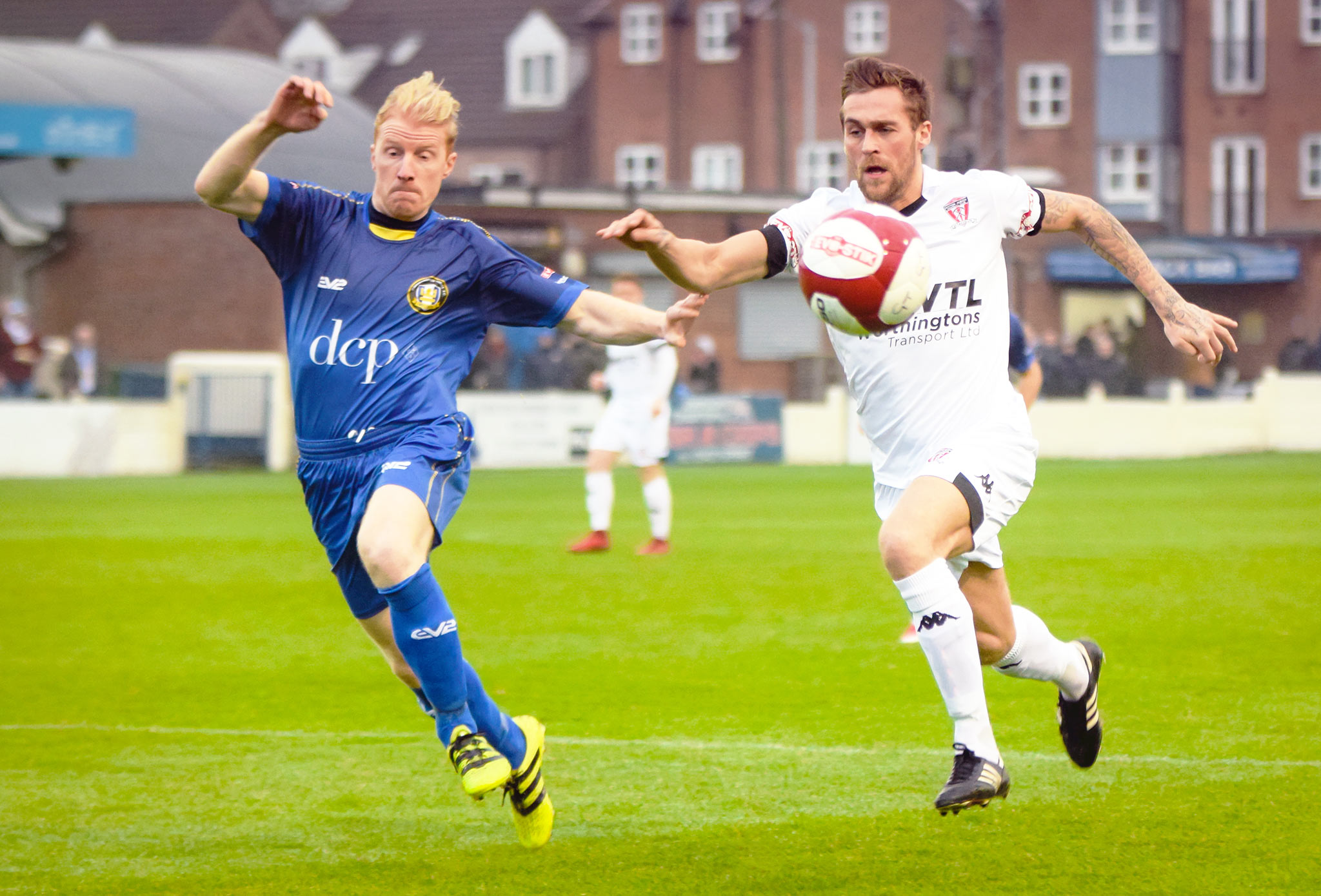 ain thing last night was to get through with no injuries and to get some of the young kinds a little bit of game, which was mission accomplished really. We move on from that very quickly and we’ve got a very important training session on Thursday, then a tough game at home against Witton Albion."

"Again, the lads are in great form and we’re on a good run at the moment. If we can produce what we have been producing, then I fully expect us to more than competitive in the game. If we play the fractions correctly, it’s a game we can come away with three points. I’m hoping for a good crowd again to get behind us. I thought the atmosphere for the Matlock game was brilliant and if we can do that again, hopefully we can get another positive result. If results go our way, we can get out of that bottom three. We’ve already started to drag a few in, in and around us down there with us. If we can get three points on Saturday it’ll be a real big one for us.”

Curtis also commented on this week’s signings: "I’m delighted to get Doug over with us from Wrexham. He’s a really promising young player. After speaking with Brain Hughes who gave him a glowing reference, it was a no-brainer for us really. It’ll really help his development and I know they’ve got really high hopes for him over at Wrexham. Brian said to me that he’s a player he really liked and expects him to go on and have a really good career, but just needed game time. I’m delighted to get him in with us on an initial month’s loan and then we’ll go from there and see with that one."

"I’m delighted to get Alex Wiles in from Tadcaster, a player I know really well from working with him before I came to Gainsborough, and a player that the fans will know really well from his time at Gainsborough. He’s a really good midfielder, technically very good and his game is developing and developing every season. From my time at Tadcaster, for me, he was the best midfielder in the league and I didn’t see anybody that was better than Alex. He’ll be a really good signing for us moving forward."

"Last but not least, Dan Wallis is coming in, a goalkeeper from Matlock, who’s again a player I know really well from Sheffield Wednesday under 23’s. I’ve watched him a lot and he has great distribution, a great shot stopper. Again, he’ll give us some competition in that number one jersey. I’m delighted to get the three over the line and I think our work now, certainly with incomings, will be done."

Tomorrow will be another tough test for Trinity, although recent results have given the club reason for optimism as we enter the second half of the season. One thing that is certain is that the players will put in 100% effort for the manager, and moves this week show that his squad is really taking shape.