Gainsborough Trinity once again travel to the northwest, in search of another three points in the Bet Victor Norther Premier League. This time they face league rivals Atherton Collieries in what is sure to be a competitive fixture. Going into tomorrow’s game there is only one place separating the two sides, with Trinity in 16th and Atherton in 17th, only on goal difference with both teams having 25 points. It must be stated that The Colls do have two games in hand meaning a good run of results could see them climb comfortably away from the dreaded relegation zone.

Atherton’s home form this season has been solid, winning five of their ten games whilst the Holy Blues have only won twice away all season. They are coming off the back of a 2-1 loss to Witton Albion, a close game which could have gone either way by all account, with Will Jones scoring the winner for the home side. Atherton’s last league home game was a 3-0 win over play-off hopefuls Stalybridge Celtic, who were in hot form going into that game as Trinity are now. The reverse fixture between the two sides ended in a comfortable 2-0 win for Collieries back in October, at a time when Gainsborough were struggling to pick up points.

Gainsborough have been buoyed by their recent form and there is definitely a good feeling and confidence around the club. Over the last six games they sit 3rd in the form guide and have convincingly escaped the bottom three, with a 2-0 win over Radcliffe in their last game. This was particularly impressive considering Woodhouse’s side were down to 10 men for over 40 minutes of the tie after Doug Thame received his marching orders for a second bookable offence.

Trinity will be without the on loan Wrexham defender as he serves the first game of his ban, while goalkeeper Lloyd Allinson has moved on to Hyde after the signing of former Matlock man Dan Wallis. Captain fantastic Simon Russell will be out for some time after pic 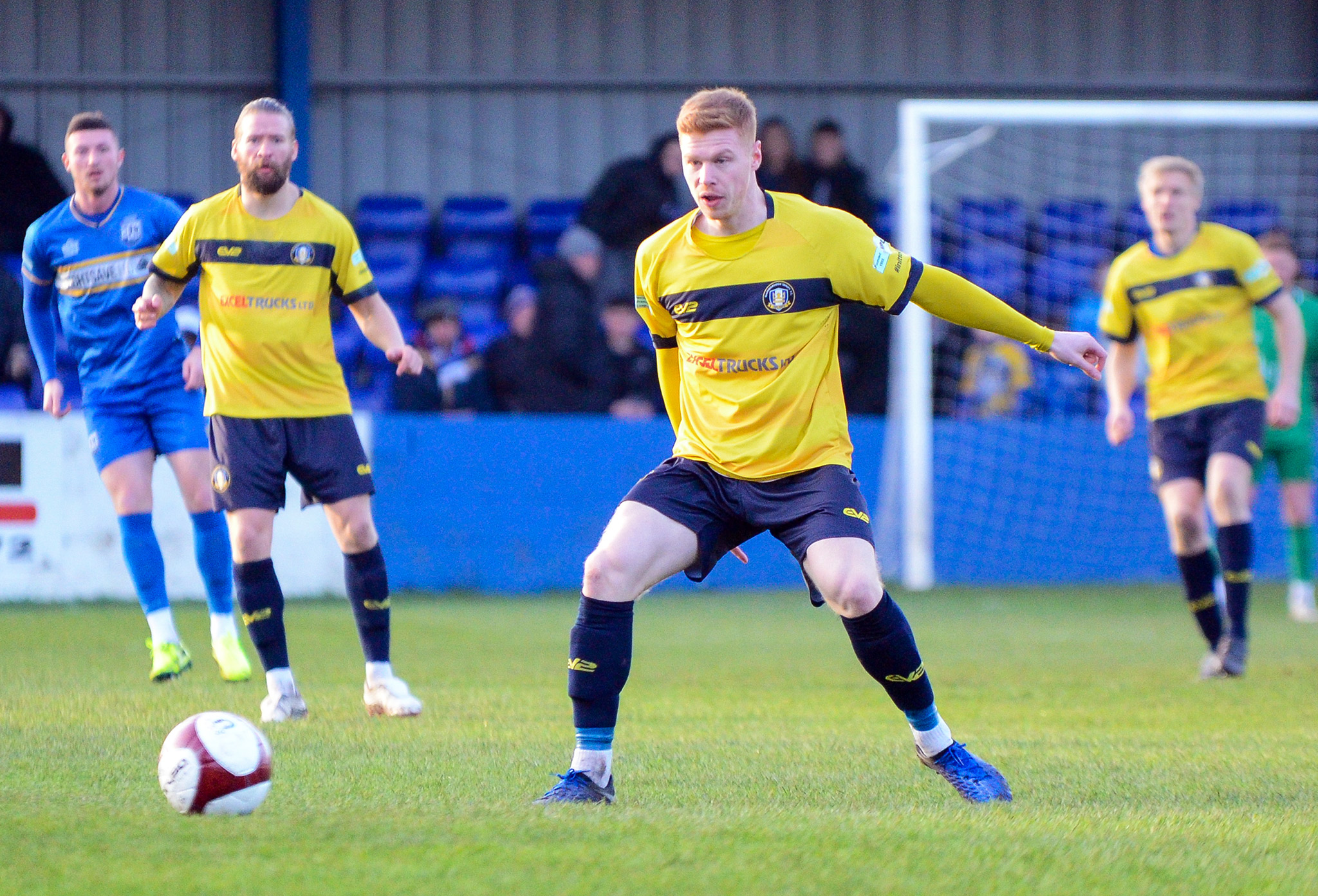 king up a rib injury last weekend; the midfielder has arguably been the clubs best performer this season so it will be interesting to see how the team reacts.

Ahead of the tie, manager Curtis Woodhouse commented, "Without wanting to sound too much like a broken record, we’re just rolling from game to game really. We had another fantastic performance last Saturday and it was one we really dominated for all the game, despite going down to ten men to pretty much 45 minutes. When I watched the game back the day after, they were very rarely threating our goal. It was a real solid performance, but with bits of quality in there as well. It’s coming together nicely."

He continued, "It’ll be a really tough game on Saturday and Atherton’s home record is very, very impressive. They like to play three at the back and are very strong and solid with goal threats as well. It’s business as usual for us. We had a relaxing session on Tuesday night in the DW gym where the lads had a swim and a Jacuzzi. In training tonight (Thursday) we’ll do a little bit of shape, a little bit of tactical work and a few different patterns I want to see moving forwards, which I think we can improve. We’re seven unbeaten now and we just keep going from game to game".

After victories against teams higher up the league, the Holy Blues get the chance to take points away from a team around them that could prove vital come the end of the season. The team are now on an impressive seven game unbeaten run and it is hard to see anyone beating them if they continue playing the way they are. Woodhouse has brought a confidence and entertaining style to the side so make sure you get yourself to Alder House tomorrow to support the lads!