Tom Shaw has moved swiftly to put in place his management team, with the appointments of Damon Parkinson and Jake Sheridan. Both new faces will assume Assistant Manager roles, but will bring with them entirely different traits to add to the Holy Blues' technical area. Parkinson is no stranger to the football club, currently Head of Operations at the Gainsborough Trinity Foundation, based at Roses. Damo is a UEFA B level qualified coach and also a well-regarded former Coach Trainer and Mentor with the FA. He has most recently worked as Dave Frecklington's number two at Fickly Athletic, whilst combining duties at the Foundation.

The second man to be named by Shaw, is a former team mate of the Head Coach, Jake Sheridan. Growing up as Nottingham lads (Sheridan six months older) the two became acquainted with one another from a young age. The pair’s paths twice crossed during spells together at Tamworth and Alfreton. A bond that has now seen the two link up at Gainsborough Trinity.

A playing career that began at Dunkirk, he joined Notts County in 2005, before time at Tamworth, Eastwood, Lincoln City and Alfreton. Part of the 2008/09 Conference North Champion winning side, Sheridan will be hoping this reunion will see another successful season, declaring, "It’s a great opportunity for me. I know from talking to the gaffer about what he has planned and it’s going to be an exciting time at the club. Just from being there on Wednesday you can see that there are people who care about the club and it is part of the community which we want to build on."

Since hanging up his boots, Sheridan has gained managerial and coaching experience at the likes of Eastwood Town and Basford United, prior to a short spell out of the game. Head Coach, Shaw was quick to outline the benefits both men would bring to the camp, as he spoke exclusively to the Gainsborough Trinity website: "I am absolutely delighted to have recruited two excellent assistant coaches to the backroom staff. With a 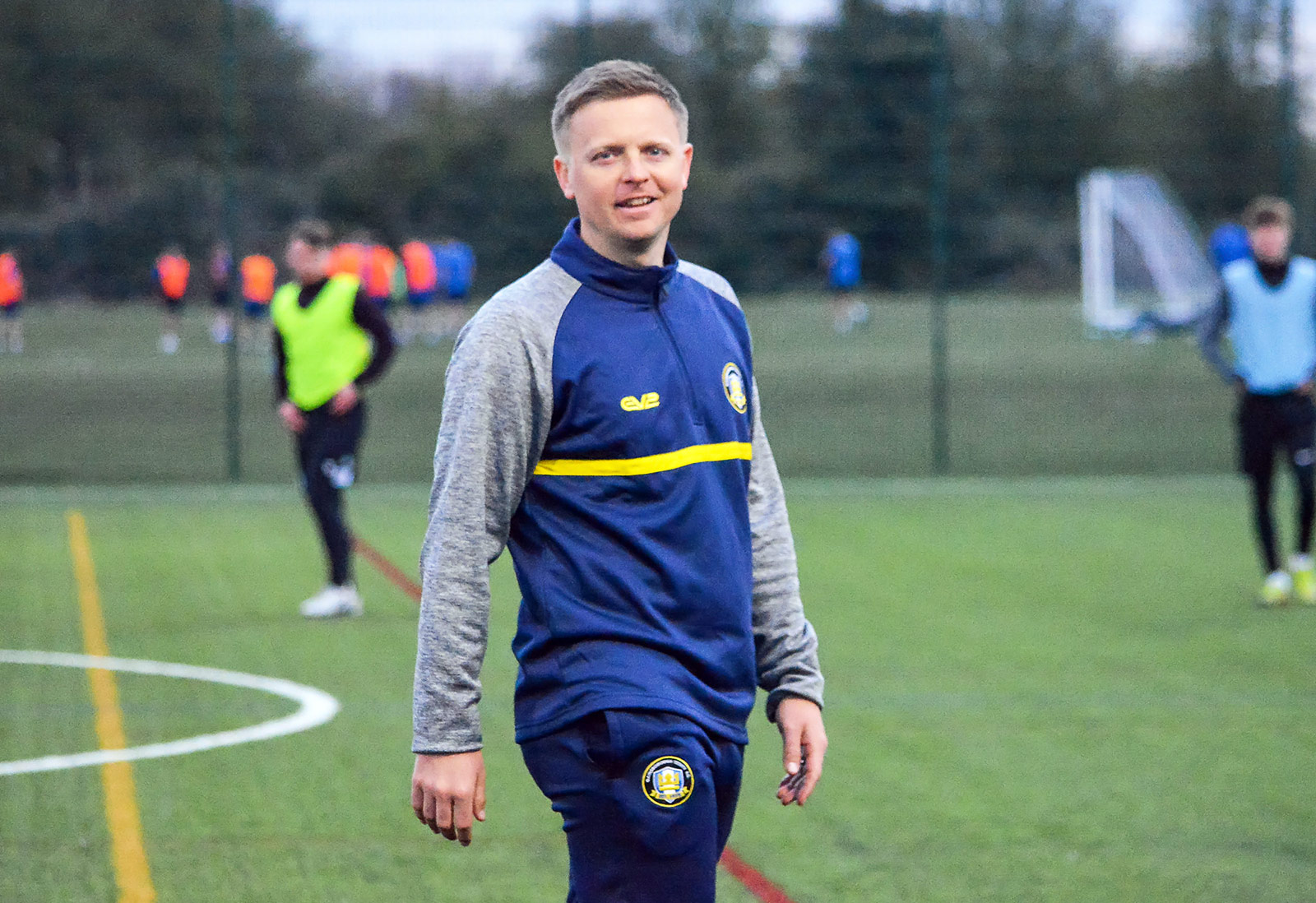 player/coach announcement in the coming weeks, I have tried to find a blend of different backgrounds, experiences and capabilities that will complement each other in all areas of the football department."

"Damon will bring knowledge of the level and region and a desire to improve the players and coaching team with his coach education background. He is ambitious and driven to progress in his coaching career and I think his mentality and outlook on football and developing players will be a great fit for the type of player we will be recruiting. I look forward to working closely with Damon this season."

"I shared a dressing room with Jake at two previous clubs as a player and he is someone I absolutely trust. He is honest, hard-working and a character that players will love to be around and learn from. We have won a league together in a squad that will be of a similar age to what we have planned this season, so having lived that success we have enjoyed great experience to learn a lot from. His playing background gives him good knowledge of the game and he has coached at these levels previously."

Parkinson indicated, "I am really excited to get started and already have a good understanding of the club. After a couple of conversations with Tom about his vision I decided it was something I couldn't wait to be involved with. I look forward to meeting up with the new look squad and seeing the fans again when rules allow.”

Jonathan Whitehorne will continue in his role as Match Day Therapist with the Blues. One further addition to the backroom staff is expected in the coming weeks.