Gainsborough Trinity are delighted to announce 34 year old, Tom Shaw as our First Team Head Coach as preparations begin for the 2021/22 season. Tom is currently the Professional Development Phase Lead Coach at Lincoln City and Head of Football at Nottingham Trent University, and will combine these roles with his position at The Holy Blues. Following a playing career in the upper echelons of non-league football, Tom has a wealth of experience as a player at this level and above. Tom is an extremely bright and talented young coach, highly rated by Lincoln City and within professional football. He will use all the contacts that he has developed through his various roles in football, to build a new young squad within a vastly reduced playing budget due to the financial pressures brought on by the pandemic.

Gainsborough Trinity would also like to thank Lincoln City for their agreement to release Tom from some of his duties within their Academy to ensure that he can take up this role. Chairman, Richard Kane, and the Board at Gainsborough Trinity would like to place on record our appreciation to Lincoln City for their support in allowing this to be possible and for their ongoing support in these challenging times.

The two clubs are no strangers to working together, 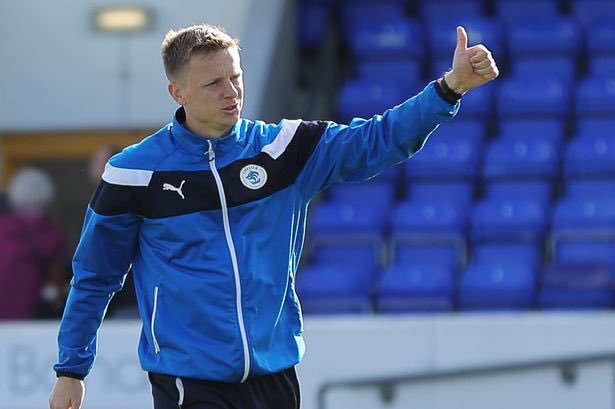 one example being the Roses hosting Lincoln City Academy fixtures. Chairman Richard Kane welcomed Tom to the Club by saying,

"We are delighted to have attracted someone of Tom’s calibre to the club and are equally grateful to our friends at Lincoln City for their support. I have met with Liam Scully (CEO) and Jez George (Director of Football) on a several occasions over the last few months to discuss our ambitions and challenges. Our identification and recruitment of Tom is ultimately an outcome of these open conversations."

Richard continued with his view of the future,

"We are unanimous in our belief that we must operate differently in order to compete at this level and have any aspiration of progressing higher in the future, especially with the current challenging financial landscape of non-league football. Having met Tom, and hearing his vision for the team, the Board and I are excited about this opportunity for Gainsborough Trinity, including the opportunity to develop the relationship further with our close neighbours at Lincoln City."

An interview with the new Head Coach, will be available over the weekend and Tom will be available to meet the fans in the Blues Club at the earliest possible opportunity once Covid-19 restrictions are lifted.

All at Gainsborough Trinity wish Tom the very best of luck in his new position, and with this news, the football club can start planning for the 2021/22 Pitching In, Northern Premier League season in earnest.