Jack Gibson becomes Tom Shaw’s third recruit in as many days with the 6ft 4inch forward arriving from Carlton Town. The former Chester front man, at 19, is a raw talent, who knows where the net is and can be a real handful to opposition defences. Working his way up through the youth ranks at Chester (of the Motorola National League North), he made several appearances in the FA Youth Cup, prior to making the step up to men’s football in the form of Carlton Town last season.

Jack is keen to put his attributes to the test in the PitchingIn Northern Premier League, "I am made up to be given the opportunity to prove myself at a good level of football! I cannot wait for the challenge. I have been in and around the environment at Gainsborough in recent weeks and I see the club and its setup as an excellent platform for me to improve and impress." 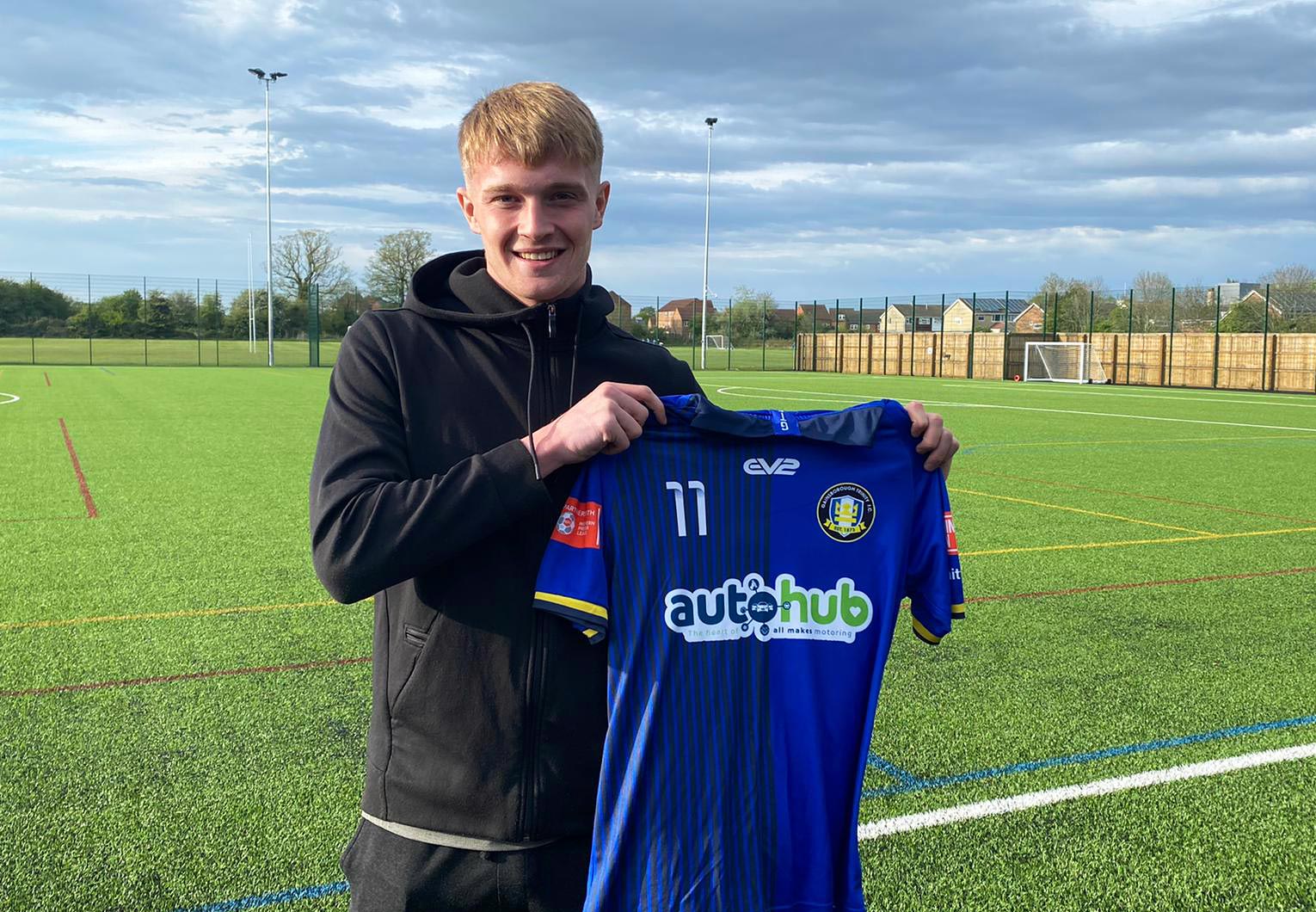 "I have known of Jack for a few years now, following his progress at one of my previous clubs with interest. He has worked really hard during this recent period of his footballing journey to earn himself this opportunity at Gainsborough Trinity."

"He is physically very dominant, has lovely detail and thought to his hold up play and he is very aggressive in both penalty areas. He has one of the most impressive attitudes I have seen in a young player, he wants to listen, learn and improve and I think this could be a really smart piece of recruitment by all involved. I watched him at Carlton Town last season, and I saw a potentially excellent number 9 who is ambitious and hungry to maximise his talents."

To sponsor Jack Gibson’s home or away shirt, please contact This email address is being protected from spambots. You need JavaScript enabled to view it. or via our Social Media Channels, on Facebook, Twitter or Instagram.