Tom Shaw's Gainsborough Trinity step up their preparations for the commencement of their pre-season campaign with a trip to neighbours Bottesford Town, the first action since lockdown brought a premature halt to the 2020/21 season back in October. The two sides last met back in July, when Liam King led his Trinity side to a 5-2 victory over The Poachers, Brodie Litchfield netting a sublime hat-trick.

Another eagerly awaited clash lies in store tomorrow as many of the Trinity faithful look to get a first glance at some of new Head Coach, Tom Shaw's summer recruits. A number of trialists are expected to feature in the game played at The Barrett Steel Stadium, but the recently unveiled recruits are expected to feature prominently, as everyone gets a first opportunity to fill their Saturday afternoon with the things they love, be that playing, coaching, officiating or supporting. Our first fixture of pre-season provides that chance!

Speaking ahead of the game, Shaw enthused, "I’m really looking forward to a match situation now after some good work on the training pitch. I’m excited to see a crowd at a football match and for people to have the opportunity to do what they love on a Saturday afternoon, whether that’s watching, playing, coaching or refereeing a game of football. So yeah, it’s an exciting afternoon for everybody. I’m excited to meet some of the Gainsborough Trinity faithful that I’ve not had the opportunity to meet yet, to see some new faces and say hello."

Shaw insisted, "On the playing side of things it’s a really good opportunity for us to try out some of the ideas that we’ve been touching on for the last two weeks. Things will go wrong, some bits will be spot on, and then there’ll be plenty of stuff somewh 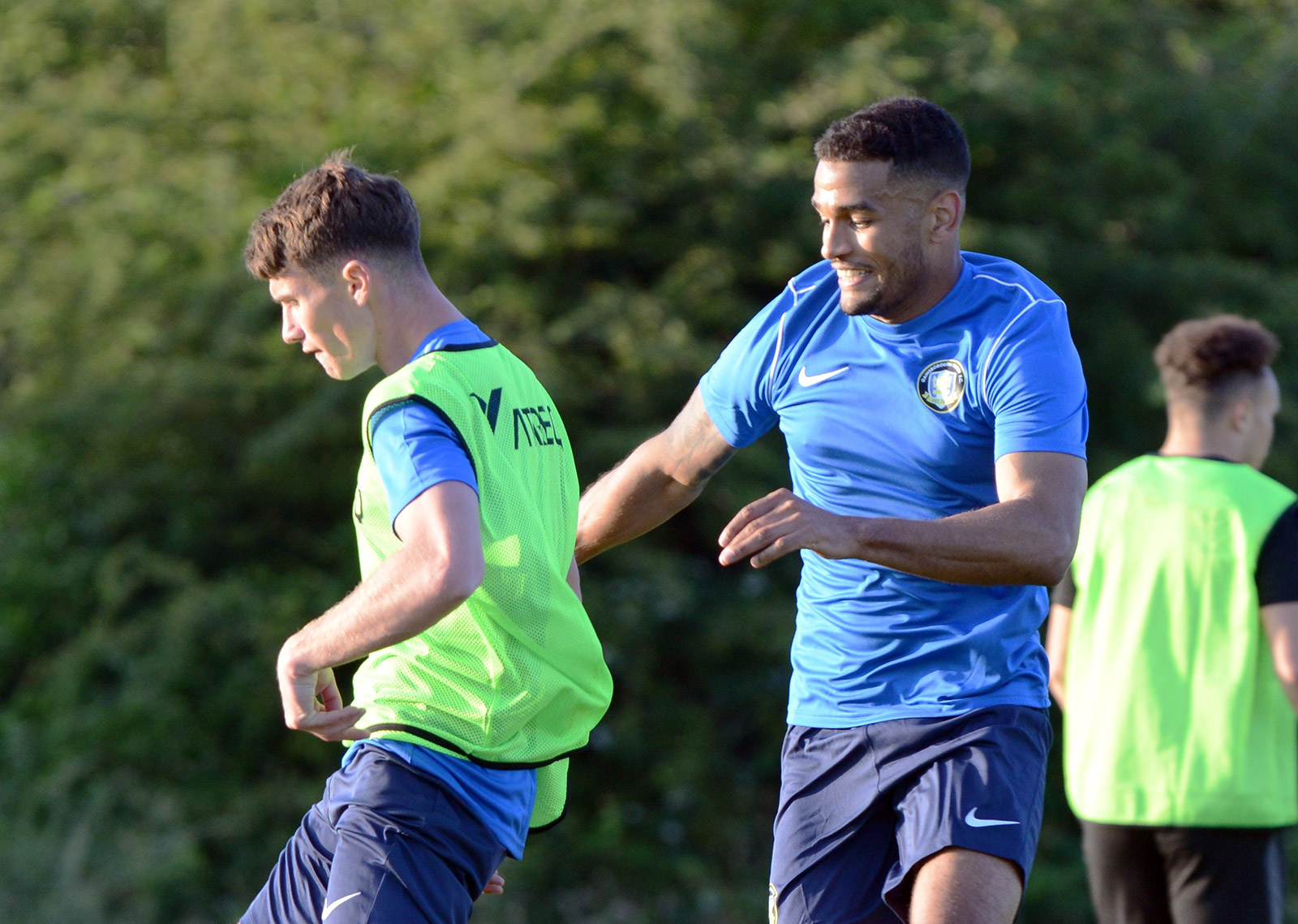 ere in between. There’ll be no stress from me, no panic if things aren’t quite as we want them. It’ll be a good opportunity for us to watch the game back and learn from as a group. We will be going at trying to implement some of the ideas that myself and the coaching team have been working hard on with the players on the pitch, and we’ll see where we are. I think it’ll give us a good indicator of where we are fitness wise, and I think the players will surprise themselves with where they are physically."

"One of the big priorities is to come through the game with a fully fit squad. We’ve built the robustness over the summer and in the first couple of weeks of pre-season. For the lads, it’s a great opportunity to show their best bits to their peers, ourselves as the coaching team and obviously their new fans. It’ll be an exciting afternoon, one that I hope the Gainsborough fans will be really looking forward to and will turn out in good numbers. Hopefully we’ll put on a good performance for everybody to enjoy. We will have a good number of trialists with us, some players that have been with us for two weeks and have really impressed. It’s been encouraging signs from them and I’m anticipating a good performance from them in the match on Saturday."

Trialists in the game will not be named, their names only being detailed once deals have been signed and the ink dry. Please resist the temptation to discuss names of players we have not tied down on social media and open forums, as this could hinder our preparations, alerting other clubs to their availability. Admission to the game will be £5 for adults and £3 for concessions, pay on the gate. Car parking at the ground is available. Food and hot and cold drinks are available from the snack bar.