Gainsborough Trinity are set to welcome the Lincoln City first team squad to the Martin & Co Arena on Wednesday evening, 7.45pm. Competing for the John Reames Memorial Trophy and a place in the Lincolnshire County Cup Semi Finals, with penalties to separate the sides if the scores are level after 90 minutes, Tom Shaw's Holy Blues will be looking to build on their first victory of the pre-season campaign at the weekend, a game that included a first 45, described as the blueprint the side would be working towards this coming season.

With the Blues back on home turf for the first time since November, plenty has certainly changed and the game presents a great opportunity to re-familarise yourself with the Northolme, with a new crop of players set to don the Trinity colours during the upcoming season. Shaw was quick to back that fact up, "It's going to be a great evening for everybody involved. Having the supporters back in the ground is the big win already on Wednesday and we will be giving our absolute all to give them an enjoyable evening’s entertainment".

"I felt we showed a standard setting level of application on Saturday with an equal measure of heart and thought and the first 45 minutes has given us a great marker for what good looks like. Lincoln will bring a competitive squad across and with it being a cup competition there is a little bit more riding on the result than in previous weeks. Our players deserve this higher profile fixture, at home, as a reward for their efforts the last few weeks and I hope we play with aggression and freedom and show the supporters our best bits as an emerging and new group."

Shaw closed by insisting, "Personally I am really looking forward to meeting the supporters and catching up with them, hopefully on a night where we progress to the Semi-Finals of the competition." The Imps, who look set to pick from a strong fir 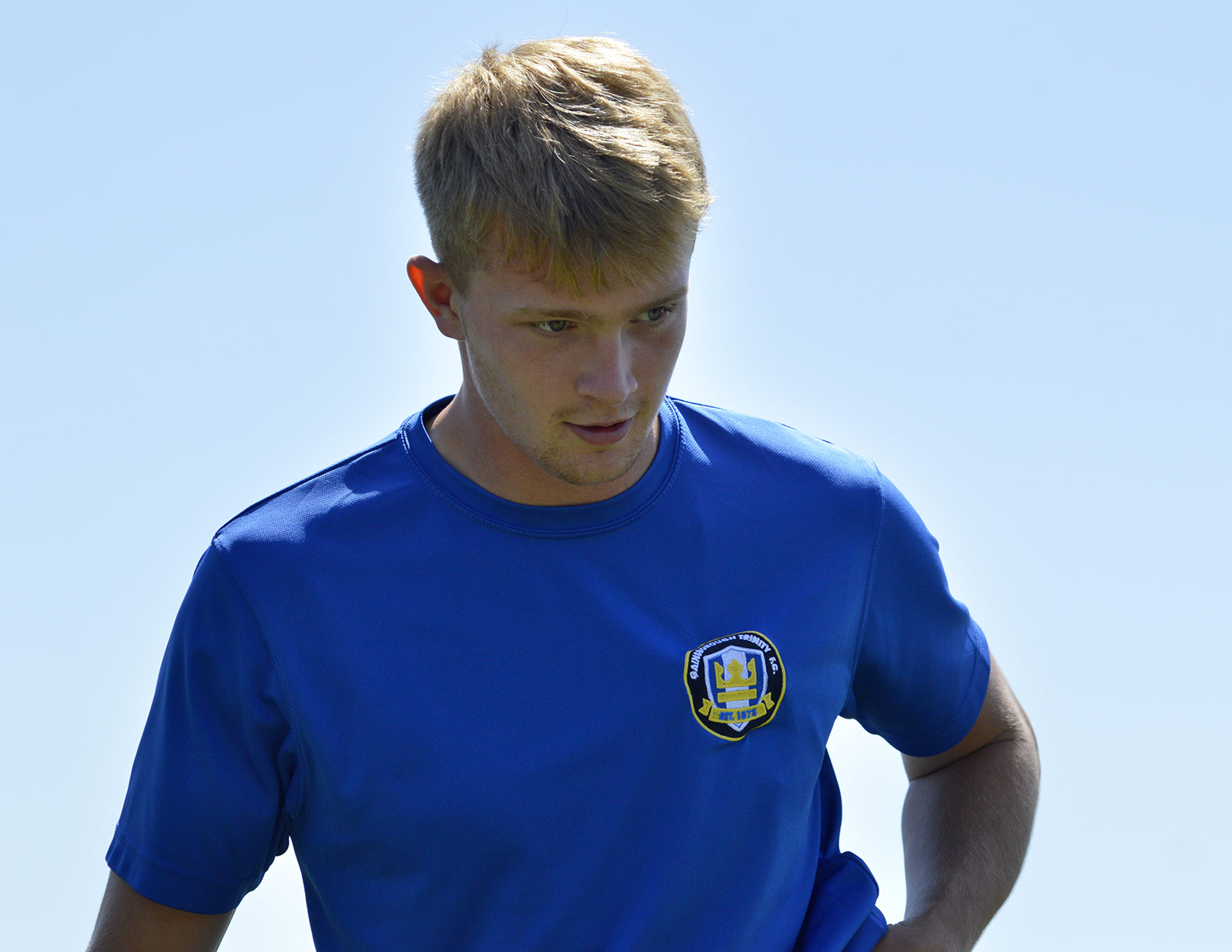 st team squad, centered around those not getting minutes against Norwich on Monday afternoon, are likely to want to put the weekend's trip to Boston United behind them, providing Trinity with their stiffest test of the pre-season campaign to date.

ITV calendar are looking at being in attendance, for a feature set to air early next week, as interest begins to grow ahead of the new campaign. Let's have a fantastic crowd inside, to show what football means to this pocket of Lincolnshire. Blues, or Imps, tickets can be bought in advance for the game. Priced at £10 adults, £7 concessions and £5 under 16s, with under 10s free with a paying adult. Prices set in collaboration with the Lincs FA. Admission is also possible on the gate, but pre-bought online tickets are encouraged to avoid the queues at the turnstiles.

We have some great offers in the Club Shop with bargains up for grabs. Adult garments priced at £15, kids sizes £10. Our new Nike merchandise, available to buy online here, is currently not in stock in the club shop, although a couple of items are in the shop to view. Limited numbers of stock will be held in the shop going forwards, but great deals can be taken advantage of online and the process is a very easy one to follow!

We are really looking forward to welcoming you all back, but please remember to be mindful of others, heed advice of stewards and officials and where possible maintain safe distances between yourself and other groups, but ultimately, come along, enjoy yourself and enjoy being back on the terraces!