It has been a summer of change at Gainsborough Trinity, with new manager Tom Shaw working to build his new-look squad. There has been a concentration on youth, with many signings having only recently left professional academy set-ups. One of which is Callum Minkley, who left Derby County’s Under 23 squad last summer, in the hope of getting first-team football. After rejecting a contract offer from the Rams, attracting a player still wanted by a Championship side provides a major coup for Trinity.

The 20-year-old joined the Holy Blues and has impressed the management and the fans with some assured performances. Speaking ahead of the season opener, Callum enthused, "I’ve been with the lads a while now and got to know everyone and just cannot wait for the season to finally start. There was some other interest, but ever since I came in on the first day, I felt like I was wanted, which was important." 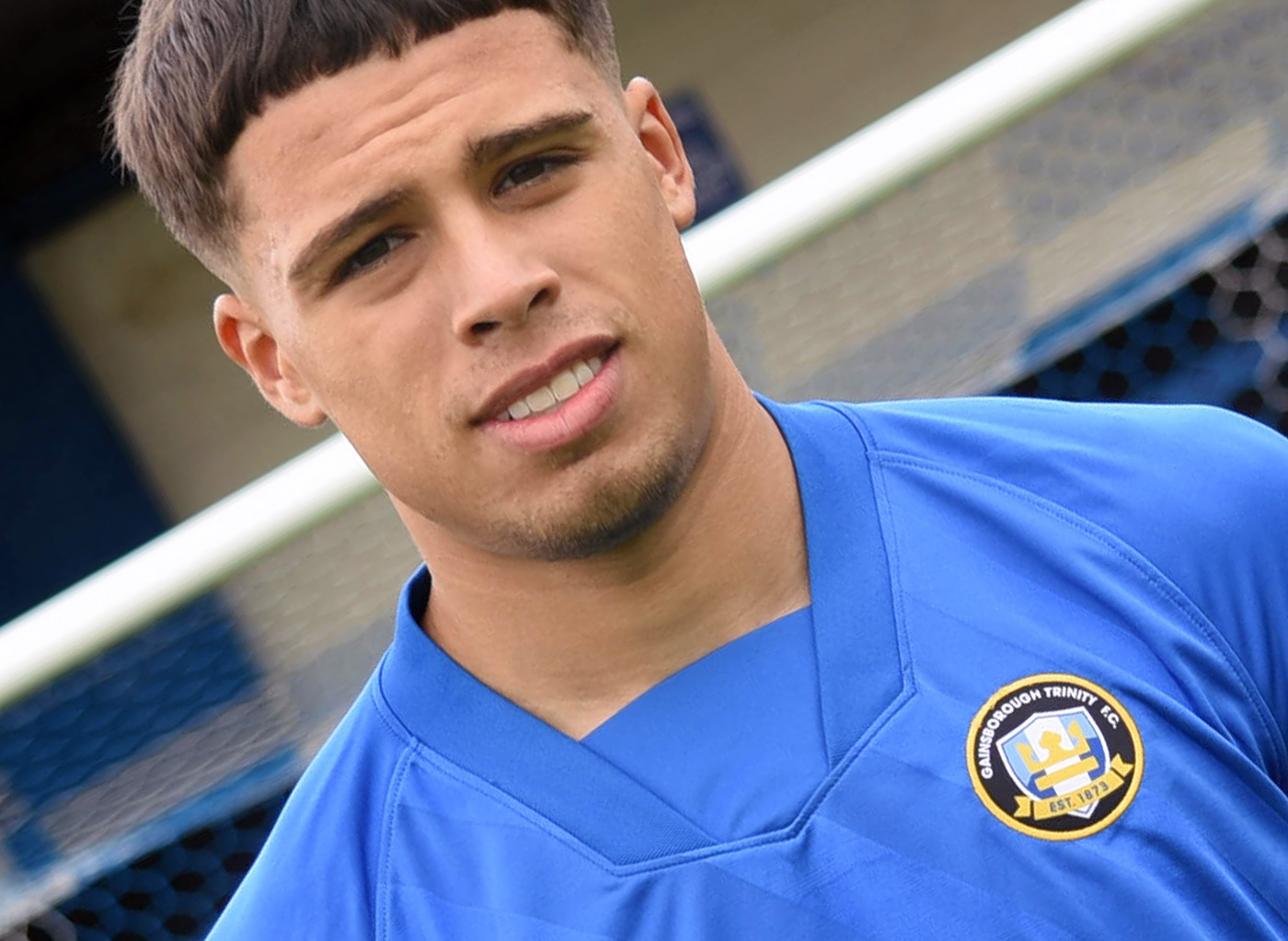 e back had become a staple of Derby’s Under 23 side, but was part of the mass exodus leaving the club this summer. He is now ready for a different type of challenge, and a tough one in the Northern Premier League. Minkley has ambition and confidence in abundance, a combination that will help him progress. We have seen many players move their way up the pyramid in recent years, and Callum is confident he can be one of the next to do so.

"I was at Derby for 10 years, worked my way through the academy, and got a professional contract. With my age there was a lot I could have done, I could have stayed at under 23 level. I decided to make the big jump into first-team football, and make a name for myself. I want to work my way back up. I want a challenge and this exposure I am going to

get at this level will prove I can play against the big boys. It’s going to bring out the best in me".

This pre-season he also faced the Holy Blues, in the game against Lincoln City. Impressing both sets of fans, despite having not trained with his teammates. "That was only a one-off game, and I didn’t know anyone. I thought I played well and I received a lot of positive feedback from the fans and staff around the club".

All across the league, there has been a lot of change, which provides opportunities for new clubs to challenge at the top of the table. The whole squad is confident that they have what it takes to be one of those clubs around the play-off places. "I think we’ve got a good side. I didn’t know what to expect when I first came in because I’ve never played at this level. But with the mixture of all the young players with the experience. Everyone’s really hungry to play at the highest level, I think we will do well!"

Today (speaking prior to Saturday's season-opener) brings the first game of a new season and all the optimism and excitement that goes alongside it. Witton will most likely be another strong outfit this season, having been in 5th place when last season was curtailed. After today the schedule is heavy, which provides players like Minkley the opportunity to impress both the manager and fans, in their first competitive games. "I am sure Witton will prove tough opposition and I think we can expect a physical contest of some sort but we’ve had a strong pre-season and put in a lot of positive performances in the friendlies. Now it’s just all about putting it all together and bringing our best as a team."

All being well, there will be a full-length season to look forward to, after the last two years. The players and officials are glad to see the fans back at the Northolme. "It will also be great to see the fans back at the Northolme for competitive football we all know how tough covid has been and hopefully now we can expect a full season ahead of ourselves with the fans allowed to attend all games. I’m sure it will be a great day."

Everyone at the club is thrilled to have you back in the ground for this league fixture with Witton Albion and look forward to the journey alongside you this season.