Harry Jessop has today completed a loan move to Gainsborough Trinity from near neighbours Scunthorpe United on an initial one month deal. The teenage striker boosts the attacking options at Head Coach Tom Shaw's disposal following his squad improvements. Having spent a period on loan with Pickering Town in 2020, where he scored 3 goals in seven games as he won the Player of the Month award during a successful period for the highly regarded youngster.

A fairly prolific forward in the development sides at Scunthorpe, so far this season he started against Manchester City U23s in the Papa John's Trophy and has appeared from the bench twice in the league. Joining the Holy Blues will provide Harry with a platform to continue his development and one that will surely be mutually beneficial. Thank you to Neil Cox and the team at Scunthorpe United for allowing this move to happen smoothly.

We'll look after him! Wel 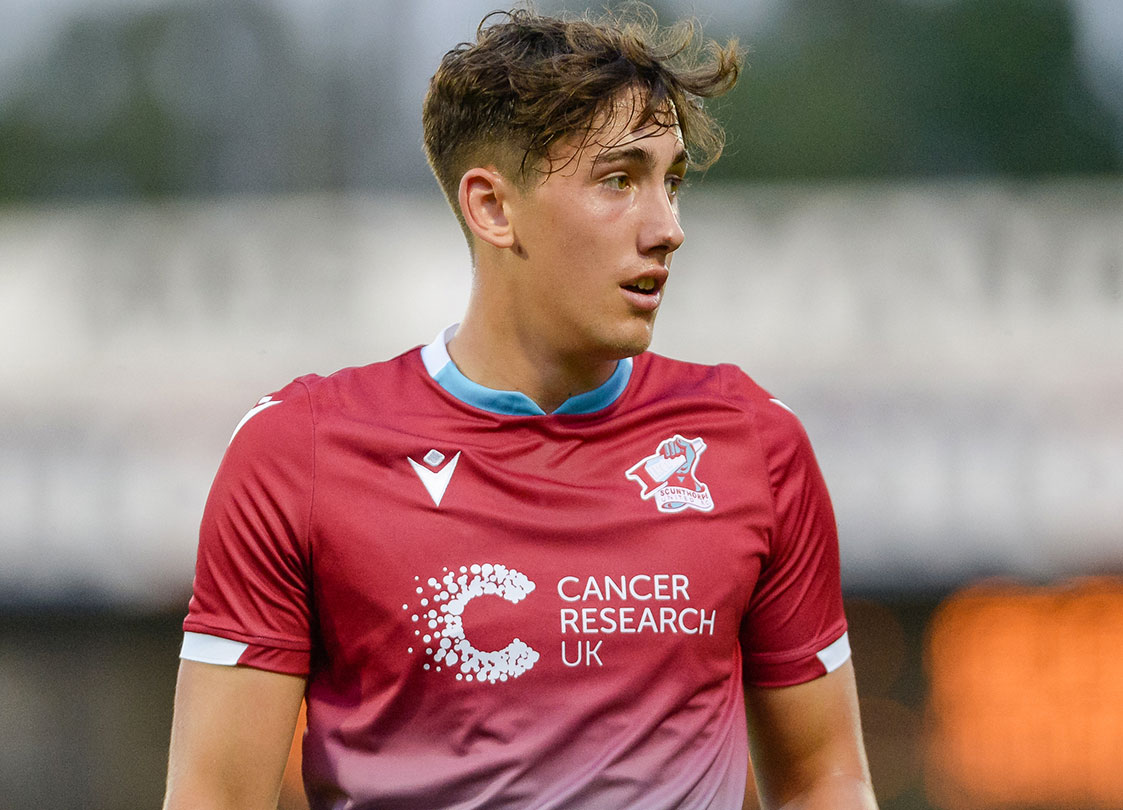 come to Trinity, Harry, and wishing you every success at the club. Jessop is available for selection in tomorrow's game against Warrington Town in the PitchingIn Northern Premier League. Kick off at 3pm.