It has been a hectic opening month to the season, with the games coming thick and fast, with Head Coach Tom Shaw working hard behind the scenes to bring the right calibre of players to the football club, whilst managing a tight playing budget. Difficult indeed with injuries and illness robbing the rookie manager of key players for much of that month, Shaw has been able to cast his eye over each member of his squad and make assessments as to where he sees the side, and the steps forward that need to be made to ensure the Holy Blues are competitive.

Despite seven points from the opening seven league games, the disappointment of an early Emirates FA Cup exit, the management team of Shaw, Damon Parkinson, Jake Sheridan and Neal Bishop have moved to shuffle the pack. Jock Curran has left the club, in search of regular football. Gianluca Bucci has joined PitchingIn Northern Premier League East Division side Frickley on an initial one month loan. Kyle Dixon is expected to join Newark FC, nearer to his Nottingham home. J 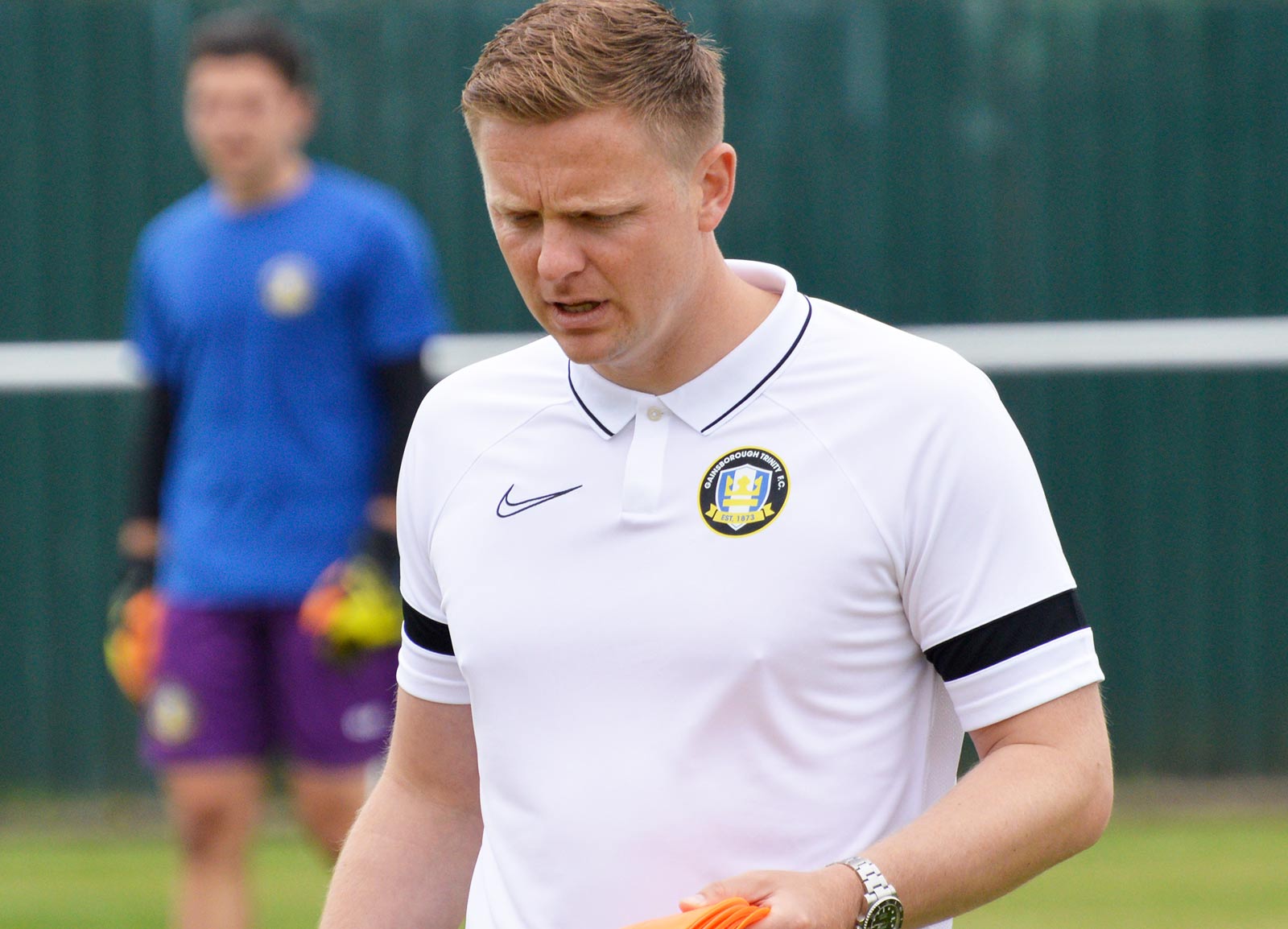 oao Rangel also moves on, while Ben Morris is available for transfer.

It’s the nature of the game that players may come and go throughout the season. Consequently, as stated in the programme, if a player leaves, their shirt sponsorship will automatically transfer to a replacement player, ensuring that the sponsor still receives a shirt at the end of the season, and that the club retains the sponsorship fee to go towards the running of the club.

In recent times, the Holy Blues have added 28 year old striker, Bradley Grayson, who scored on debut in the 2-1 win over Morpeth Town, and acquired Liam Waldock on a month’s loan from Sheffield Wednesday. Nyle Blake has also arrived since the season got under way, with one more hopefully to be completed, ahead of our away day double header. Stay tuned across our social media channels for further updates in your Gainsborough Trinity side.