Matt Yates is still in hospital at Queens Medical Centre, Nottingham where he this morning received 21 stitches in his head and face wound, sustained in the eighteenth minute of our PitchingIn Northern Premier League clash with Basford United on Tuesday evening. Despite the shocking injury, Yates, a summer signing by the Holy Blues, has remained in fine spirits, keeping in touch with concerned members of the team.

Speaking earlier today, Matt had the following message for fans of the Blues and those who sent their well-wishes, "I've had a bit of a sore head, but the surgeon has done a pretty good job stitching me up, so hopefully they'll heal nicely. Just to come out of it with a concussion and a few stitches is a relief though, and hopefully it won't be too long and I can be back doing what I do best!"

Matt and his family were extremely grateful for the care 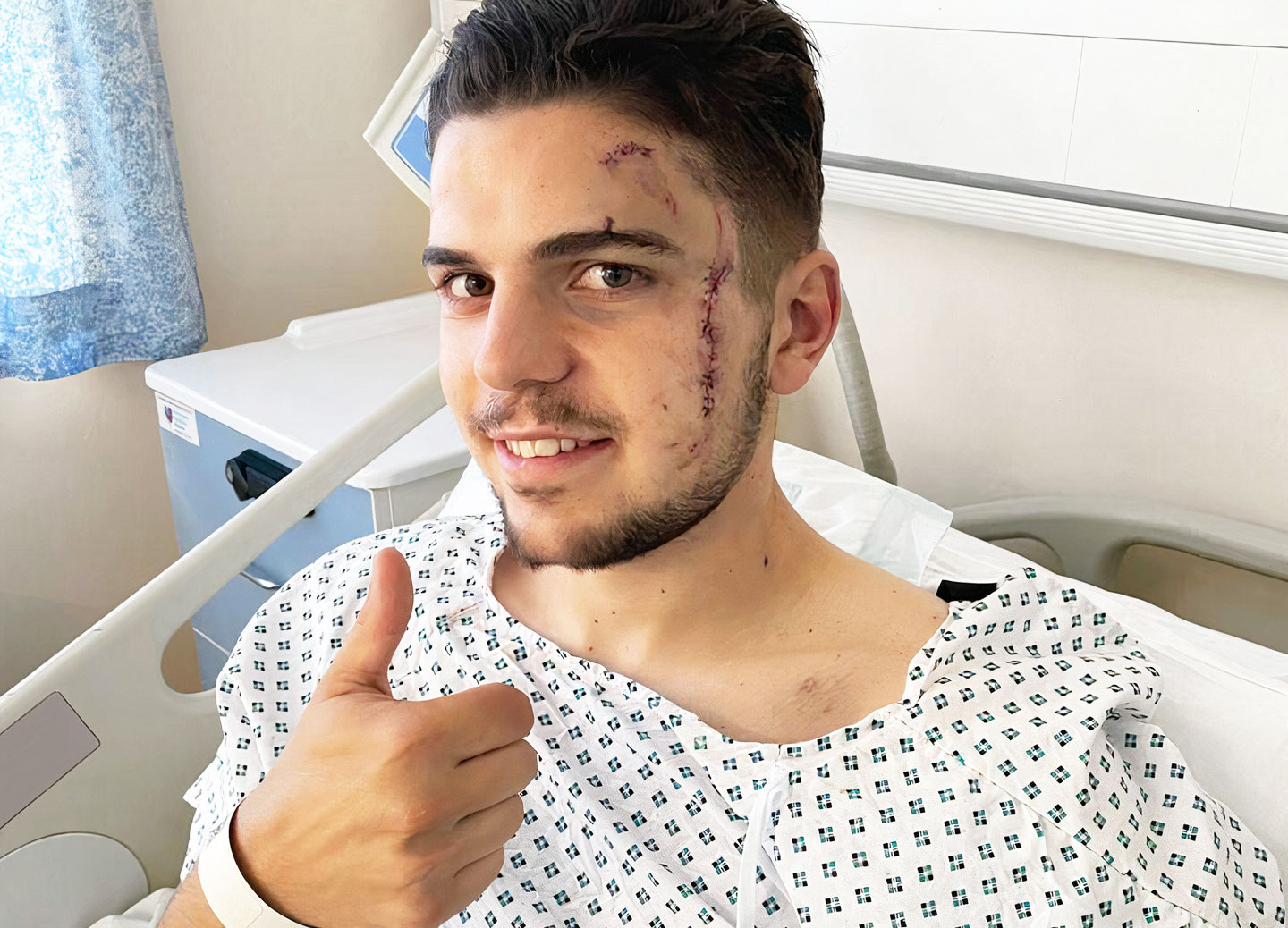 given by Gainsborough Trinity Physio, Jonathan Whitehorne and his Basford counterpart Kevin in the immediate aftermath of the incident and the quick response by East Midlands Ambulance Service who were quickly on the scene. Having left the ground by ambulance, Yates was transferred to Nottingham University's Queen's Medical Centre Campus where he has remained under observation, receiving the best care.

The 22 year old went on to express his gratitude for the many messages of support from well-wishers up and down the country, "Thank you to everybody that has taken the time to send me a message, or wish me well. I am on the mend and hope to be well enough in myself to come and see the boys in action on Saturday. I hope everyone gets behind the team and we can pick up some more points sooner rather than later."

A win would certainly help with the recovery that’s for sure! Get well soon, Matt. We are all looking forward to a speedy return to health and fitness!