Gainsborough Trinity are back on home turf tomorrow afternoon (Saturday) 3pm kick off in the PitchingIn Northern Premier League. Ashton United are the opposition as the Holy Blues strive for five unbeaten, looking to add to victories against Stalybridge Celtic and Lancaster City & points against Radcliffe & Buxton.

Trinity's recent up turn in form has largely been in part to the tightening of the defensive unit, keeping three clean sheets in the last four games. Games featuring on loan Hull City youngster, Harvey Cartwright between the sticks. Trinity - and Cartwright in particular - will be hopeful of extending that defensive defiance as we lock horns with Ashton United.

Assistant Manager, Damon Parkinson is excited at just how much this vibrant side can achieve as he ins 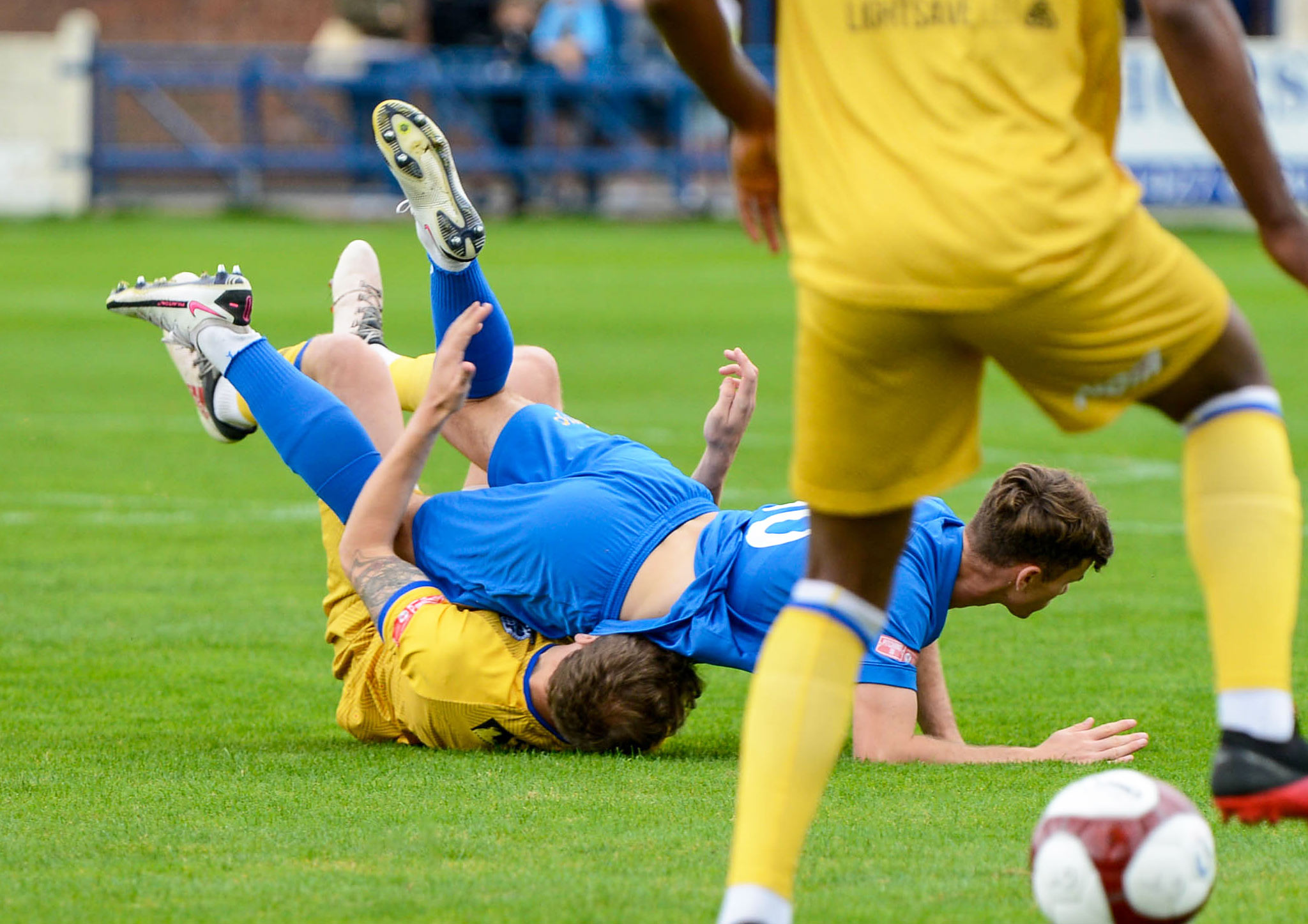 isted, "The group are in a really good place at the minute and had a really good session on Thursday. We were gutted the game was off on Tuesday, on the back of our first away win of the season at Lancaster at the weekend. The group will get better and better as the season goes on and although we have been competitive in every game we still have more to come from this group which is very exciting..."

The side from Hurst Cross have started the season below par, with the side currently sat at the foot of the table with eight points from eleven games and without a victory on the road in the previous five attempts. Tom Shaw's men will be looking to heap more misery on Michael Clegg's men.

The two sides last faced off against each other at Hurst Cross on October 19th. A game which turned out to be Liam King's final game in charge of the Holy Blues. Trinity having worn their tickled pink charity kits for that match, on the way to losing 3-1. Ashley Worsfold scoring from the spot to reduce the arrears after Ashton had gone three up through Gianluca Havern, Josh Wilson & Jordan Slew.

Previous meetings between the sides have also proven difficult for the Holy Blues who will be determined to turn the tide with a performance this weekend. Held to a draw at the Northolme, back in 2015, Steve Housham's side lost 3-1 in the FA Trophy replay. A disappointing result to a team at the time, a tier below the Holy Blues.

In what should be quite an exciting match up, with no Premier League games on this weekend, we urge you to back the Holy Blues and get yourselves down to the Gainsborough Martin and Co Arena and enjoy an entertaining afternoon of football!

Your team wants your backing! Looking forward to seeing lots of new faces in the crowd tomorrow! Adults £12, Concessions £8, U16s £4. Tickets can be bought in advance here.