Gainsborough are on the road this week as we head to Staffordshire, to take on Stafford Rangers on Saturday afternoon 3pm kick off at Marston Road. The travelling Trinity make the trip in fine form, coming off the back of five unbeaten and looking to extend that run come five o'clock. Trinity's opponents sit tenth in the PitchingIn Northern Premier League with twenty points from 15 games. Three wins and two draws at home give warning that visiting 'Boro will be no easy task for Tom Shaw's troops, but a challenge they'll be up for!

Victories for Stafford have come against Morpeth, Radcliffe and Matlock as well as an away win over FC United of Manchester, whereas Trinity's victories have come against Morpeth, Lancaster City, Whitby Town and Stalybridge Celtic. The sides are separated by six places and four points, although the Holy Blues have a game in hand as well as the match between the two sides on Saturday. Certainly an evenly poised encounter looks set to be on the cards! A goalless midweek 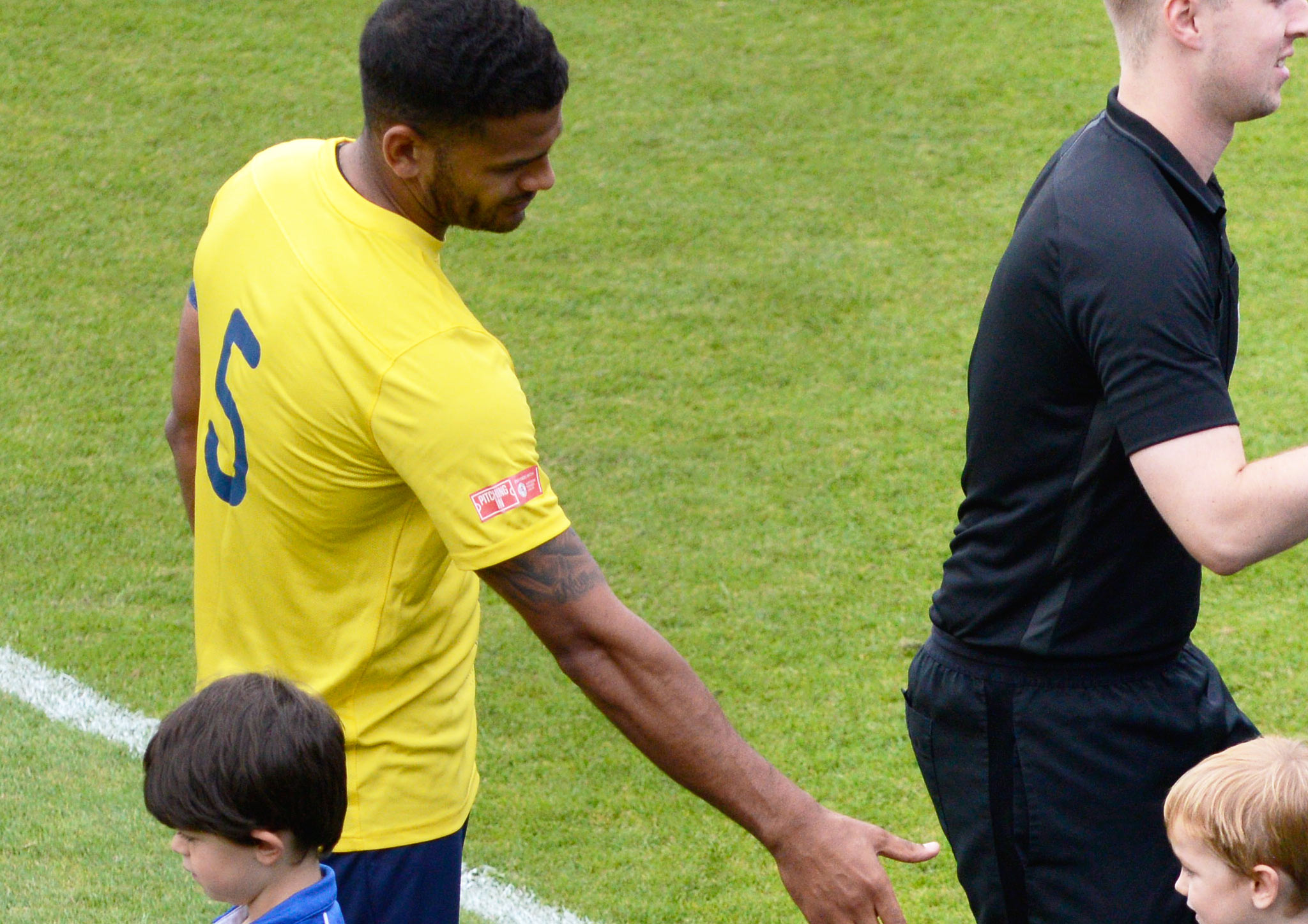 draw away at Mickleover was taken in by Trinity Head Coach Tom Shaw, with the boss taking a keen interest:

"From what I have seen and know about Stafford they are a really solid and reliable group who carry out their roles and responsibilities consistently. Their main threat comes from a huge throw in, which we will have to stand up to and enjoy the penalty box battle. If we can match Stafford’s endeavour, I feel we have more to offer in other areas of the game that will give us a real chance of coming away with a positive result. Our injury list is the smallest it has been, with only four players unavailable, so the squad will be very competitive and the strongest it has looked."

"As always, we will hold ourselves accountable for our attitude and application, try and hit our maximum levels and take Stafford to an uncomfortable place. The ball might bounce for us, things may go against us, but if we get up and around our best with our energy and work ethic, with the talent and personality we have in the group we will give anybody in this division a problem."

Joe Kenton and Tom Tonks are the leading marksmen for Stafford with nine goals between them so far this season, helping them to their best start to a season since the sides have shared a season in the NPL following Trinity's relegation from the National League North back in 2017/2018. Can Trinity buck the trend with a Saturday victory? As there has been no Gainsborough victory at Marsden Road for 42 and a half years. (Stat courtesy of Andrew Stothard, Club Statictian). Three draws & six defeats have occured since Warren Rayner scored the only goal on March 25th, 1979. The Holy Blues will be looking to go one better than the one all draw earned during the first covid hit campaign, where a harshly awarded penalty was earned by Joe Cuff, with full time approaching and Trinity leading by a goal to nil.

Prices on the gate tomorrow are £10 for adults, £7 for concession and students, and £3 for under 16’s, with a £2 premium to transfer to the main stand. Tickets can be purchased online here. We look forward to as many fans as possible making the trip to ST16 3UF. Bring your voices, bring your volume, and we'll be doing all we can to ensure the return journey can be filled with smiles and laughter! Come on you Trinity!