Jessop's in the Picture for Trinity

Gainsborough Trinity are delighted to announce the extension of Harry Jessop's loan by another month from parent club Scunthorpe United. The hard working youngster has worked tirelessly up top, giving defenders very little respite. The teenage centre forward has impressed in his initial month on loan, scoring once in seven appearances (three starts, four as sub) for the Holy Blues, and contributing to the overall effectiveness of the unit.

Commenting on the extension, Head Coach, Tom Shaw insisted, "Harry has improved with each game as he has gained more fitness and sharpness. He is a really honest lad who has shown lots of unselfish and team-first qualities which we love and he got his reward for his endeavors with a superb goal at Lancaster. Hopefully he can stay on his upward curve of performance and have a successful second month with us."

As well as the well taken goal away at Lanc 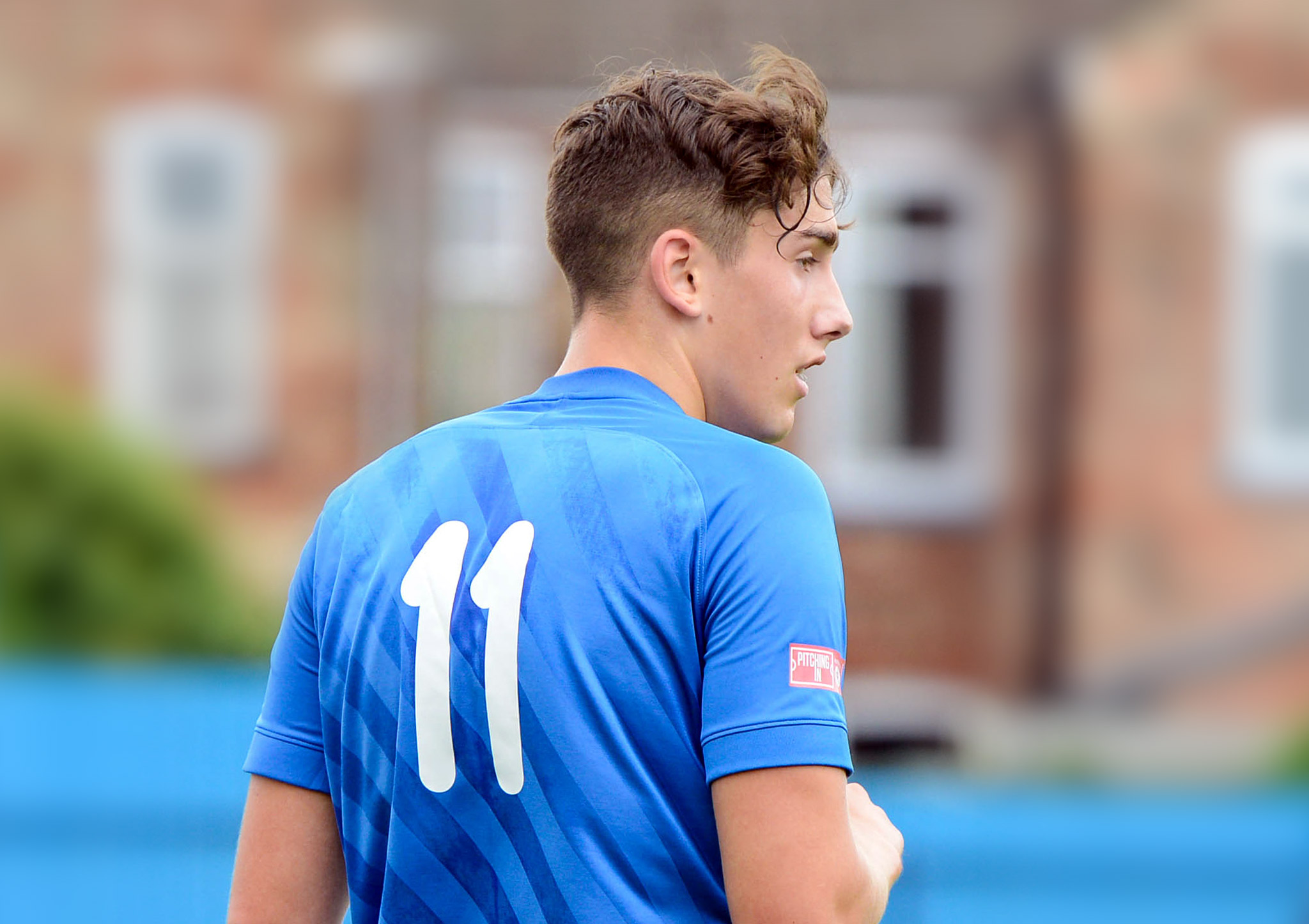 aster City, Jessop was also fouled in the build up to Trinity's goal against Ashton United. It's great to have you with us for longer Harry! We hope you continue enjoying your football with us!

With Harry all set for a second month, he remains in familiar company, with a trio of other ex Irons currently donning Gainsborough Trinity colours. Player Coach, Neal Bishop, Lewis Butroid and George Hornshaw are all featuring regularly for the Holy Blues, who travel to Stafford Rangers on Saturday afternoon, looking to extend their unbeaten run to six games, with a positive outcome on the road.