Saturday afternoon sees the Holy Blues return to the Gainsborough Martin & Co Arena, to face Atherton Collieries in the PitchingIn Northern Premier League, looking to extend an unbeaten run that stretches six games, dating back to September 18th. Six is the number of the day for Tom Shaw’s home team, as it’s also six games unbeaten on home turf, the only defeat coming at the hands of Scarborough Athletic way back in August.

Recent victories over high flying Matlock Town and Bamber Bridge have propelled The Colls to twelfth in the table, on nine teen points, from only twelve games – two points better off than Trinity with a couple of games in hand. Away from home, Atherton have returned seven points from five games on the road, the last away win coming on the opening day in a 1-0 win over Hyde United.

Trinity go into the game against Atherton with a new player in the squad. Goalkeeper Sam Long completed his much-anticipated move to Gainsborough on Thursday evening, replacing the impressive Harvey Cartwright, who returned to his parent club Hull City following last Saturday’s goal-less draw with Stafford Rangers. Speaking to Head Coach, Tom Shaw ahead of game 16 of the 2021/22 season, the boss was keen to add goals to a mean defensive unit that is holding its own against other sides within the league. The last six games have seen Trinity record four clean sheets, while only conceding two goals in the process, Shaw insisting: 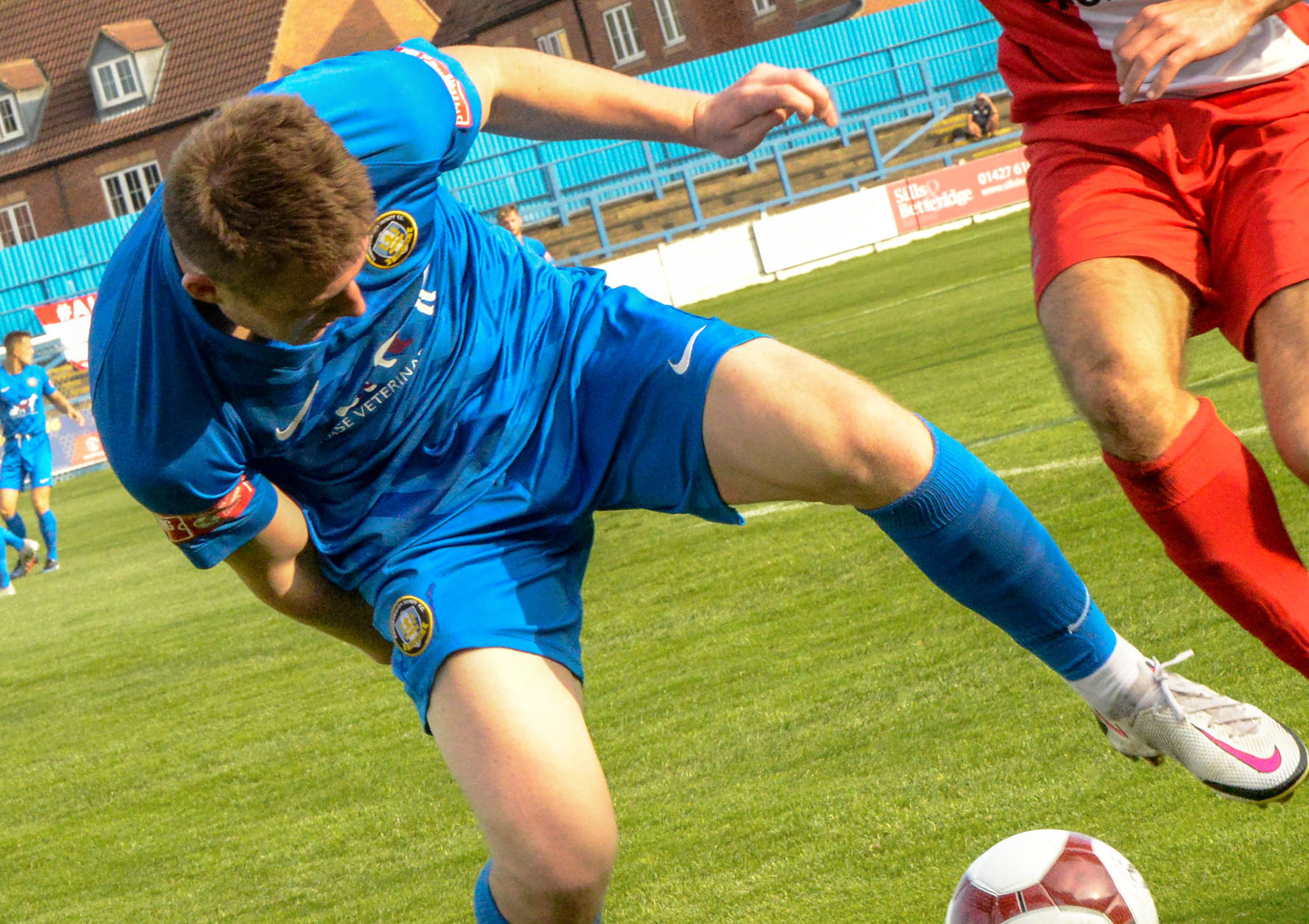 ontinue to show the same commitment and concentration that we have shown in recent weeks to make our opponents work very hard to create opportunities to score against us. Our defensive structure, understanding and doggedness have given us the platform to pick up

points and be one of the form teams in the division."

"My challenge to the group now, especially at home, is to have more control and dominance of games. Have the ball, in areas where we can hurt teams and suffocate the opposition. We have shown our threat on the counter attack through this period, but we are capable of creating more openings through our build up play and creativity around the box in my opinion."

"Atherton are also in good form and will pose us some problems for sure, but we will fight hard to have the game played on our terms and make it an uncomfortable afternoon for them. We are 6 unbeaten at Home and we very hungry to extend that much further."

Attacker Curtis Morrison is nearing a return from injury that has seen him out of action since the second game of the season, when he limped out of the defeat away at Mickleover FC. He could be seven days away but has been putting the hours in on the training ground to give him the best chance possible of hitting the ground running and adding to the cutting edge within the side as we look to turn draws into victories.

Can the Holy Blues extend the unbeaten run to seven, come 5pm on Saturday? Come along and make some noise, and cheer on the lads to victory. The more people through the gate the better, and can only help the Trinity train continue to gain momentum. Tickets on Saturday cost £12 for adults, £8 for concessions and £4 for U16s. These can be purchased ahead of time at the following link, and save you having to queue on the gate.

An action-packed programme, printed by our friends at M60 Programmes, includes regular features including the Gainsborough Trinity A-Z compiled by Phil Anderson. The From the Archives spread by Steve Andrews looking at events from this time in history, as well as BBC Radio Lincolnshire’s Dale Storey, with his View from the Press Bench, Tom Shaw’s notes, plus a four page Lewis Butroid Big Interview, while another ex-Scunthorpe United man, George Hornshaw answers ten quick fire questions. All priced at only £2.50 and available at the turnstiles, in the club shop, or to buy online here.

Please continue to support the printed programme. A lot of talk in the press surrounds whether they should remain a part of the match day experience, in an ever increasingly digital world. Why not show your support, by tagging our various social media accounts with a photo of you with your matchday programme? See you there!