Gainsborough Trinity welcome Coalville Town to the Gainsborough Martin & Co Arena on Saturday, for the first ever meeting between the clubs, a 3pm kick off. The two sides lock horns for the first time in the Buildbase FA Trophy third qualifying round, a tie that will be decided on the day. Should the scores be level after ninety minutes, the match will be decided via penalty shootout to see who progresses on their journey, with Wembley the ultimate destination.

Looking to extend the unbeaten run of form, that has seen Trinity unbeaten in seven league games, Tom Shaw’s Holy Blues take a break from league action as attentions turn to the premier non-league cup competition. A trophy Gainsborough (then of the Conference North) previously made the semi-final, losing a two-legged semi-final by the narrowest of margins to Wrexham (then of the Conference National).

Flying high in the PitchingIn Southern League (Central) Premier Division, Coalville will be arriving at the Northolme full of confidence themselves, having returned thirty points from their 13 league games so far. Their six league away games have yield three wins, two draws and one defeat. Last time out, they drew 2-2 away at Royston. Coalville’s most notable result of the season so far though, has to be their 6-2 home win over league leader’s Peterborough Sports, the side who knocked the Holy Blues out of the FA Trophy last season, 4-2, a day when Simon Ainge and AJ Greaves were on the mark for Trinity. 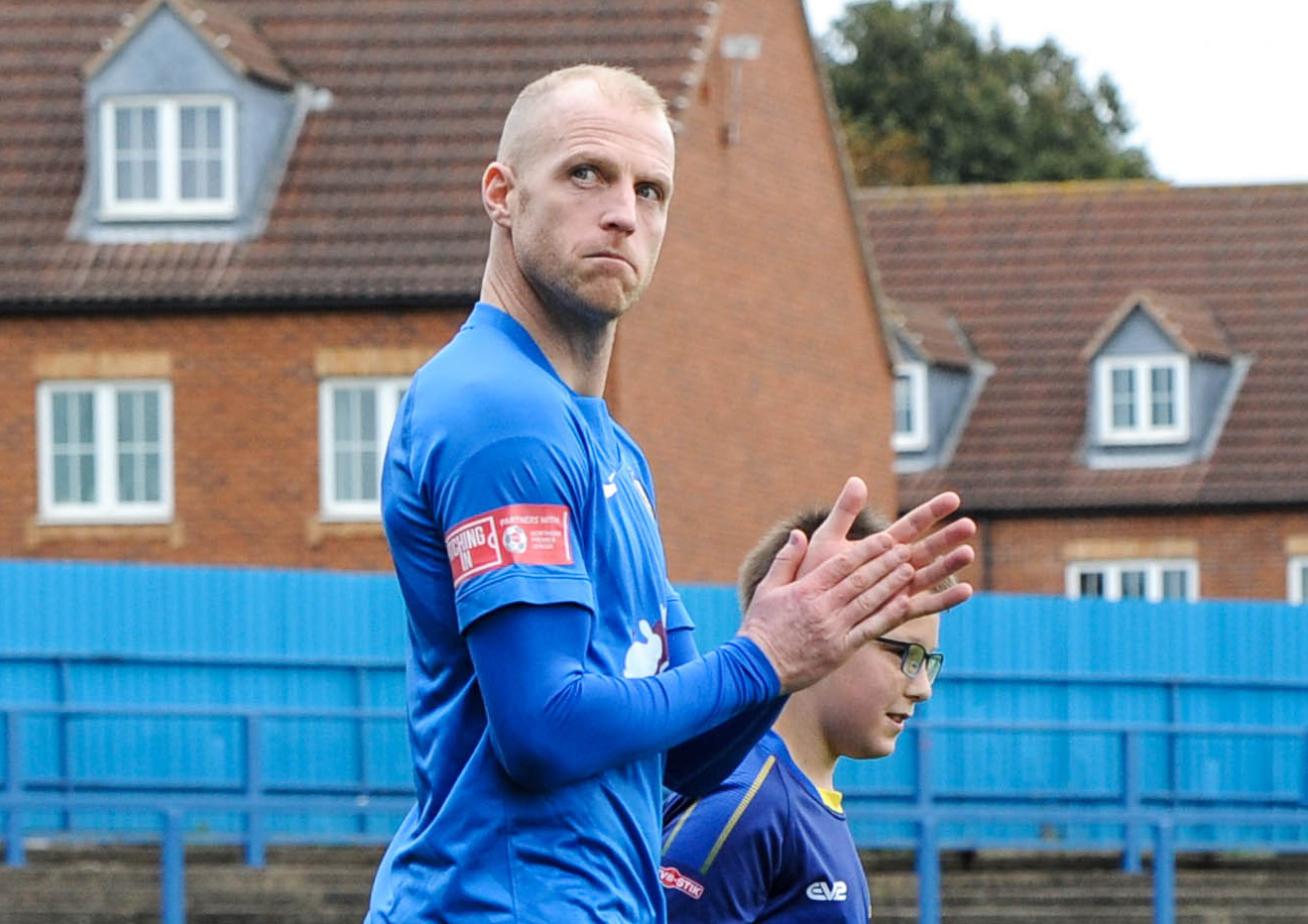 Adam Stevens, the ex-Gingerbreads supremo has a number of vastly experienced players at his disposal including ex pros, Saul Deeney and Billy Kee, as well as central defender Stuart Pierpoint, who possesses a wealth of experience at this leve

l of non-league and above. Trinity Head Coach Tom Shaw indicated that the fixture would certainly provide his in-form Holy Blues with a stiff test as he spoke ahead of the game:

"I have followed the progress of Coalville in recent years with players I have played with and coached, representing them. They are a very well respected non-league club who seem to work in a professional way and with their start to the season and current form. I’m sure we will be in for a proper game tomorrow."

Tom continued, "Our Home form has been excellent and I am delighted with how the performances have been in recent weeks. I feel we have picked up points in all different types of game and scenario. Hopefully that will help our group for next time we are in those situations. In the recent unbeaten run we have enjoyed games where we have dominated the ball, we have had to dig in and play on the counter attack away from home and we had to tweak our playing style to best suit the playing surface and conditions at Stafford to give ourselves the best chance of a positive result. It is really pleasing that we have been able to adapt and still gain success."

Tickets for Saturday cost £12 for adults, £8 for concessions and £4 for U16s. These can be purchased ahead of time at the following link, and save you having to queue on the gate. Season tickets will not be valid at this match, as per terms and conditions, with it being an FA competition. Everyone must pay on the gate or purchase their tickets in advance.

An action-packed programme, printed by our friends at M60 Programmes features a Liam Waldock Big Interview produced by the Sheffield Star’s Sheffield Wednesday writer, Joe Crann. Callum Minkley takes part in the ten quick fire questions, and the programme also includes regular features. The From the Archives spread by Steve Andrews this week looks at events from this time in history. This added to BBC Radio Lincolnshire’s Dale Storey, with his View from the Press Bench, Tom Shaw’s notes, and the views of club captain Lewis Carr. All priced at only £2.50 and available at the turnstiles, in the club shop, or to buy online here.

Please continue to support the printed programme. A lot of talk in the press surrounds whether they should remain a part of the match day experience, in an ever increasingly digital world. Why not show your support, by tagging our various social media accounts with a photo of you with your matchday programme?