Trinity raid PitchingIn Northern Premier League rivals, Mickleover FC to secure the services of hot shot Dec Bacon on a free transfer. The signing of the centre forward is a shrewd piece of business for the club, with the striker fitting the criteria sought by Blues' Head Coach, Tom Shaw. Since leaving in 2019, Bacon has been a regular on the score sheet for the Derbyshire outfit where he secured a regular starting spot alongside Stuart Beavon, only to see the season curtailed.

Discussing his thought process, Shaw explained, "Dec has stayed in my thoughts since our fixture against Mickleover early in the season. That night he pressed the life out of us defending from the front. He was aggressive and made a huge amount of forward runs that really troubled our back line. We have been working hard in recent weeks to find the right player to compliment and improve our forward line. In Declan, we feel we have landed what could be a really positive signing for the football club. He has enjoyed some successful campaigns with big numbers to his name and we think our style can give him plenty of goal scoring opportunities."

Shaw further emphasised the detail he has gone to 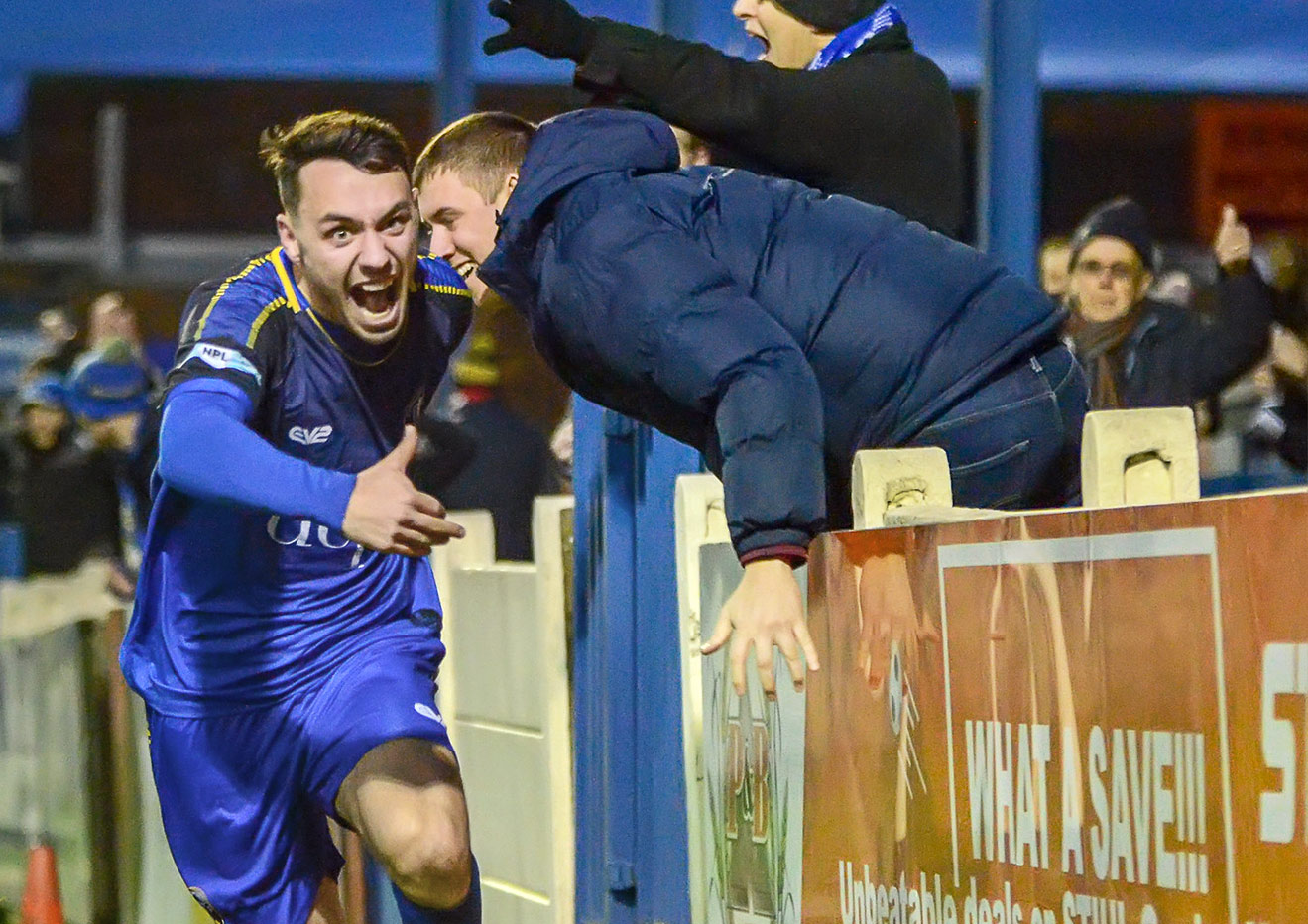 in landing the return of the striker, "Watching footage of previous Gainsborough games before I started in the role, Dec caught my eye and I feel his attributes and attitude will make us a stronger team, with him in it."

Still only 26, and with something of a point to prove at Gainsborough, the former Bottesford, Alfreton and Scarborough front runner sees himself as the perfect addition to the Trinity front line, as he explains, "I’m delighted to sign back at Gainsborough. I feel I have a real point to prove after my last tenure at the club. I’m looking forward to working under the

gaffer and having a fresh start here. Can’t wait to meet up with the lads and get a good run of games!"

The tireless forward was originally signed by Curtis Woodhouse, going on to score on debut in a 3-2 home defeat to Scarborough. Regularly deployed in the wide areas, since leaving Trinity, Bacon has really established himself as a true centre forward and will be looking to hit the ground with the Holy Blues.

As Trinity welcome Bacon into the fold, Harry Jessop's loan comes to an end after the Lancaster City, FA Trophy tie, and Jack Gibson continues his month’s loan at Frickley, where he impressed on debut last time out. The Blues' supremo took the time to outline the characteristics of the other forwards at his disposal and the importance of them all working together as a unit:

"Toby (Gould) has shown he is capable in the forward position and Brad Grayson has been excellent for us since his arrival. Curtis Morrison will carry a real threat, especially once he is back to full fitness, and Jovon Makama showed what he can bring to the squad at the weekend. Adding the signing of Dec to the mix enhances and strengthens an already exciting group of forward players. There will be healthy competition between the forwards, but as a unit I want them to bring each other’s game on and push each other to be firing on all cylinders."

Dec joins up with the club and will meet his new team mates at training this evening (Tuesday) but is cup-tied for Saturday's Buildbase FA Trophy tie, having played for Mickleover in their defeat to Grantham. He is expected to go into contention for Trinity's trip to South Shields, a week on Saturday.

Welcome back Dec. We're looking forward to seeing you amongst the goals for the Holy Blues and those post-match celebratory tweets! Once a Blue, Always a Blue.