Gainsborough Trinity make the long journey to the North East on Saturday for the second time in three weeks, this time adding the small distance of a marathon to the round trip. Morpeth Town are the opposition this week, as Trinity make a first trip to Craik Park since the visitor's promotion. Craig Lynch was confirmed as permanent boss on October 28th, after overseeing an upturn in form. Lynch's appointment followed the departure of Stephen Turnbull in the wake of a 2-1 loss at the hands of the Holy Blues and thus represents Trinity’s first opportunity to record a league double of any kind this season.

Two W's would certainly be a nice way for Gainsborough to head into the festive season, as Head Coach Tom Shaw explains, "We had an excellent victory over Morpeth earlier on in the season, but I was very impressed with some of their individual players and how brave their team were in possession. I thought on the day it was a very good football match between two teams looking to dominate the ball and gain control. We got over the line, but had some scares along the way."

"As we have mentioned 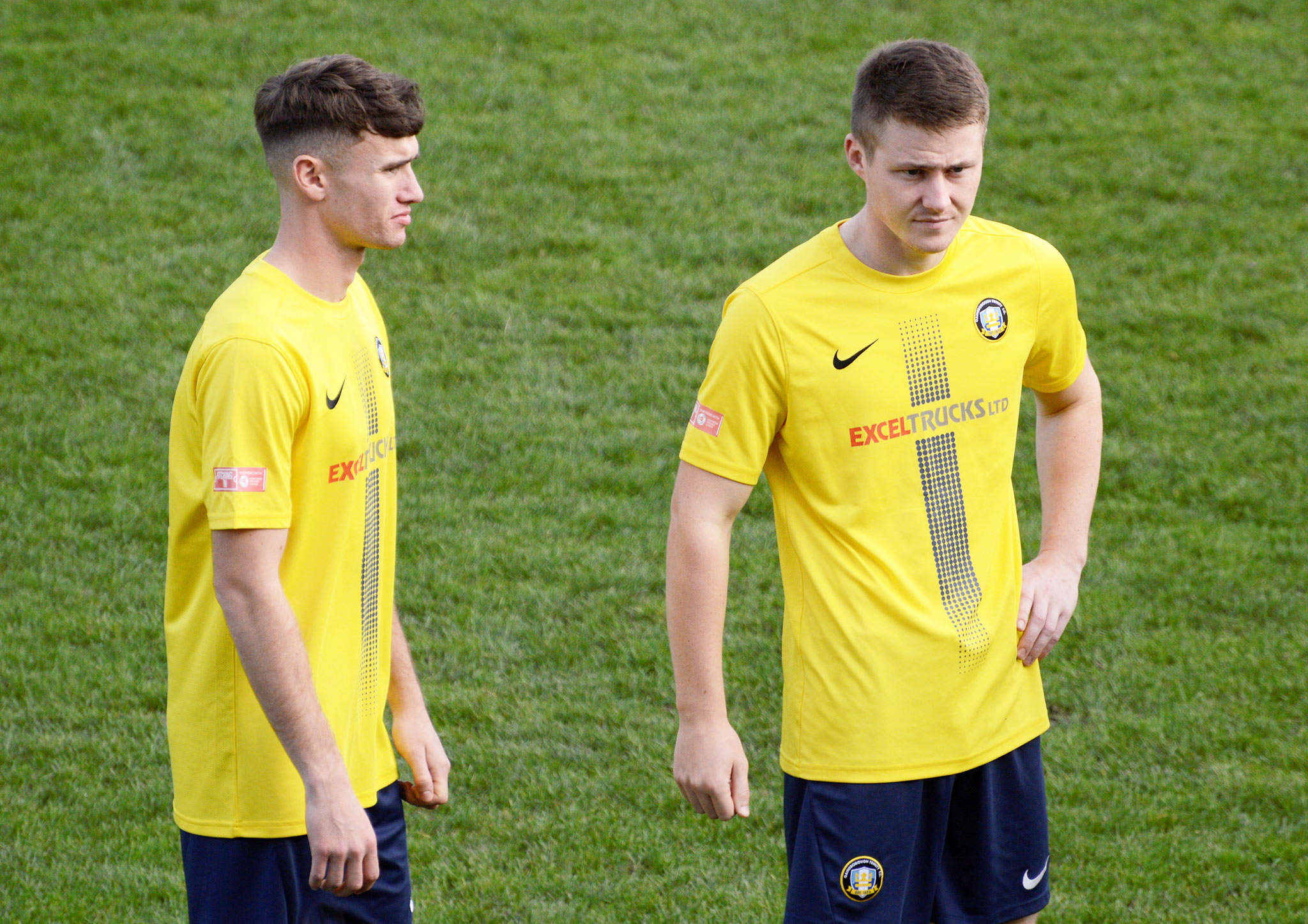 before, our away form and results must improve. We have missed out on some good opportunities this week due to the weather, but the boys are fit and ready and raring to go, for what should be an entertaining football match."

The Holy Blues went 2-0 up in the game against Morpeth, goals from Bradley Grayson and Toby Gould, putting Trinity in the driving seat. A consolation strike from Jack Foalie made for a nervy end to the game, but Trinity were resilient and ground out the result. Something Shaw is keen to replicate, despite insisting the Highwaymen have long been in something of a false position.

r clean sheet but I am hoping that on a good surface we will be able to get a hold on the game tomorrow."

Having beaten Basford at Craik Park in midweek, by two goals to one, Morpeth jumped ahead of the Holy Blues by two points, from the same number of games played. A win for Shaw's side would see the sides switch places once again. Morpeth play their home games on an artificial surface, the only other games not played on grass so far this season being against Mickleover back in August and away at Sporting Khalsa, where Trinity created plenty of chances, but paid the ultimate penalty for not converting them.

Morpeth have picked up 14 points from their eight home games to date as opposed to eight points from ten on the road, meaning they enjoy the home comforts, but if the Holy Blues can start well and make things difficult, then as ever, we give ourselves a chance! Tickets for the game can be purchased in advance on the Morpeth ticket portal here. Priced at £10 for adults, £6 for concessions and £2 for U17s (or with presentation of a valid student card). Let's get as many of the Trinity family along to the north east to back Shaw's young guns as the go all guns blazing for the points!

The destination is Morpeth Town Football Club, Craik Park, Morpeth with the postcode set at NE61 2YX but be advised, there are roadworks surrounding the Tyne Tunnel area, which could hinder travel times around the vicinity. Please take this into consideration when planning your journeys.