Gainsborough Trinity entertain Warrington Town in the PitchingIn Northern Premier League on Saturday afternoon, kick off at 3pm. The Holy Blues will be looking to kick start their season after a disappointing run of results on the road and an extended, enforced absence from the Gainsborough Martin and Co Arena. We look forward to welcoming our friends from Warrington, and hope for a bumper crowd in the lead up to Christmas.

Trinity’s home form this season has been the shining light emitting from Tom Shaw’s fresh, hungry squad, and we implore as many of you as possible to get down to the Northolme and roar the side on to victory. The visitors will, as ever, be a tough nut to crack, but come to Lincolnshire with a new man in charge. Mark Beesley was recently promoted from his Assistant Manager position to the chief role, following Paul Carden’s departure from the Yellows to take up post at National League North side AFC Telford United.

Under Paul Carden, Warrington have frequently been up 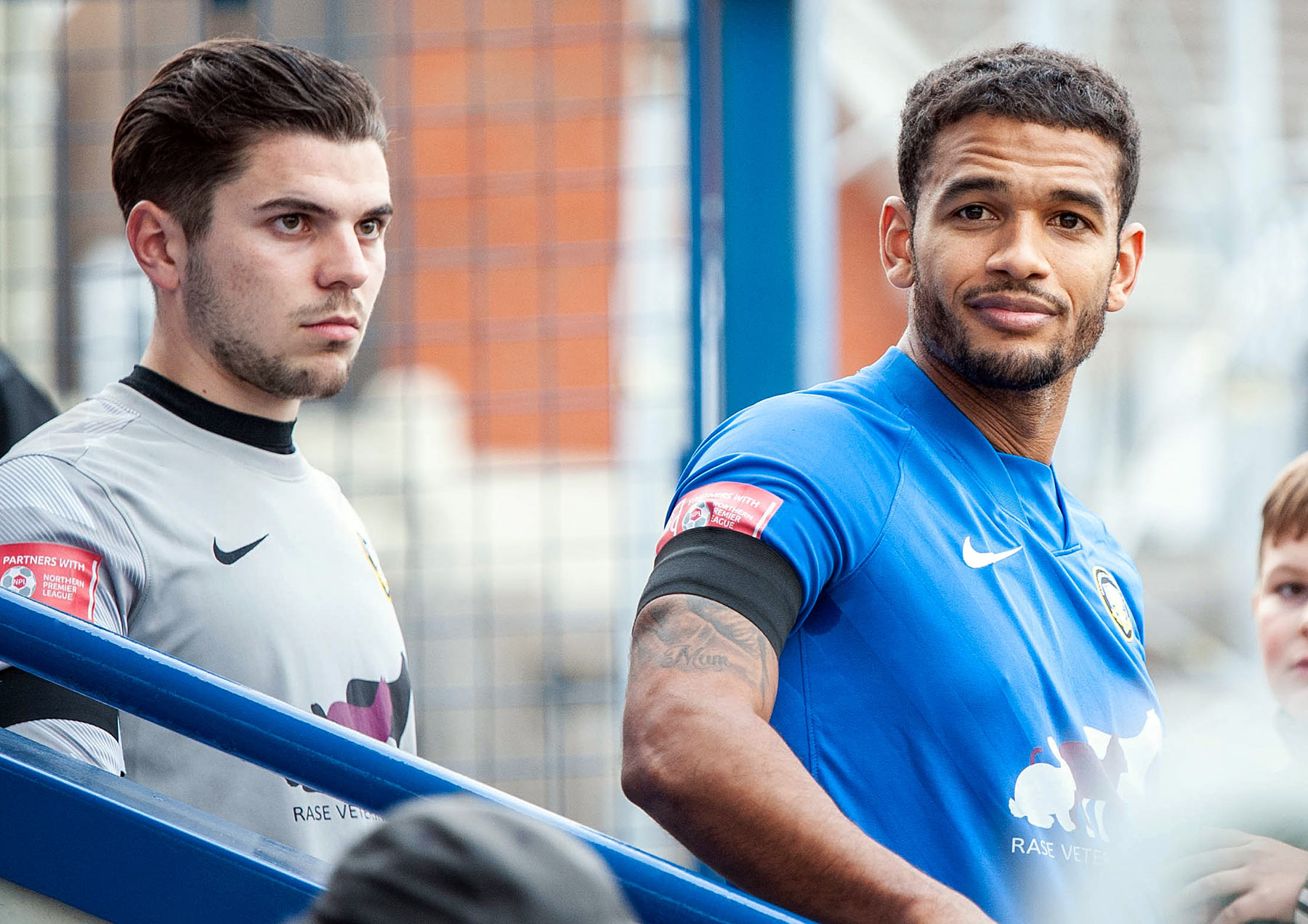 and around the play-off positions, and currently find themselves in fifth position in the table, just in the final place for the end of season lottery. Thirty five points bagged from nineteen games, showing another steady season for the Cantilever Park. Under normal circumstances, Warrington would have been promoted having won the league play-offs a couple of seasons ago, but for the Super Play-Off defeat to Kings Lynn; the Yellows remained at Step 3.

This season, on the road, Town have won four and drawn three of their nine away games, picking up fifteen points on their travels. Their defeats coming against Scarborough Athletic and South Shields in August and September respectively. Forward, Jordan Buckley is Warrin

gton’s chief goal-getter having netted twelve already this season, which is set to test the resolve of the Trinity back line.

Head Coach Tom Shaw welcomes club captain, Lewis Carr back into the squad after the skipper missed last weekend’s disappointing defeat to Morpeth. And other than long term injury absentee Jack Gibson, there are no fresh injury concerns, giving the boss something of a selection headache:

"We have two tough home games coming up against sides challenging at the top but we back ourselves in both given our home form. As always it’s about making our pitch as big as we can and getting the ball moving and we know we’ll have a chance."

"Last week (against Morpeth) wasn’t a great day for us but one we’ll reflect on this week. The lads are hugely committed to the away games and the work ethic is excellent, but we haven’t been managing to get in front on the road to give us something to hold on to, nor have we managed to get away from teams when we’ve had the chance. So we’ll keep looking for the formula. This is a young team and they’re gaining experience all the time."

Shaw has boosted his squad this week with the acquisition of free agent Joe Parkin, a twenty one year old central midfielder who has previous Northern Premier League experience with Grantham Town. He is a graduate of the successful Handsworth FC set up, where he was seen as an attacking midfielder by the Ambers. Parkin is added to the squad in time for Saturday’s game, with the Head Coach hinting at his destructive tendencies that will compliment the ball playing element of the midfield.

Goalkeeper Matt Yates answers the ten quick fire questions in this week’s Matchday Programme produced by our friends at Matchday Creative, as well as hearing from the Head Coach and Club Captain. We have BBC Radio Lincolnshire’s Dale Storey with his regular column, where he reminds us of the Cob on the Tyne offering from our recent trip to South Shields, and evaluates the progress so far of the different county sides on his patch. Steve Andrews and Pip Anderson provide their fantastic trips back in time, from the archives and the Trinity A-Z reaches the letter K. Either grab your programme on the turnstiles, priced at £2.50, or if you miss out, they can be bought online here.