It's the final game of the PitchingIn Northern Premier League campaign for the Holy Blues on Saturday, as we make the trip to the east coast to take on Whitby Town at the Turnbull Ground. Kicking off at 3pm, our hosts for the day have a Pay What You Want offer in place for both home and away supporters, so if you were in any doubt about making the trip, then there's an added bonus for you!

There's added importance to the game, for the Seasiders, with Matlock Town handed a one point deduction having fielded an illegible player earlier in the season, meaning Bamber Bridge and Whitby could theoretically both leapfrog the Gladiators, should the Derbyshire outfit lose to Warrington (who have already secured a play-off berth and cannot finish higher than third). We won't mention the thirteen goal swing at this stage!

With victory, Tom Shaw's Gainsborough Trinity can get to 50 points, and finish as high as 16th, should other results go in our favour. But equally, returning no points could see the Blues down in 20th. Even though that is the third relegation spot, a quick look across the other Trident league's at Step three, mean the Trinity faithful have nothing to fear in terms of the drop. 1.12 points per game as a minimum puts us significantly ahead of the other sides occupying third bottom in the other divisions.

We don't want to look down though, as Tom Shaw's young side will be going all out to end the season on a high, while adding to the measly points tally we have accrued on the road this season. The league leading marksmen is Whitby's Jacob Hazel, with 25 goals to his name this season. The former Frickley Athletic forward spent a short period with Trinity, under the management of Dom Roma. He will be looking to add to his tally agains 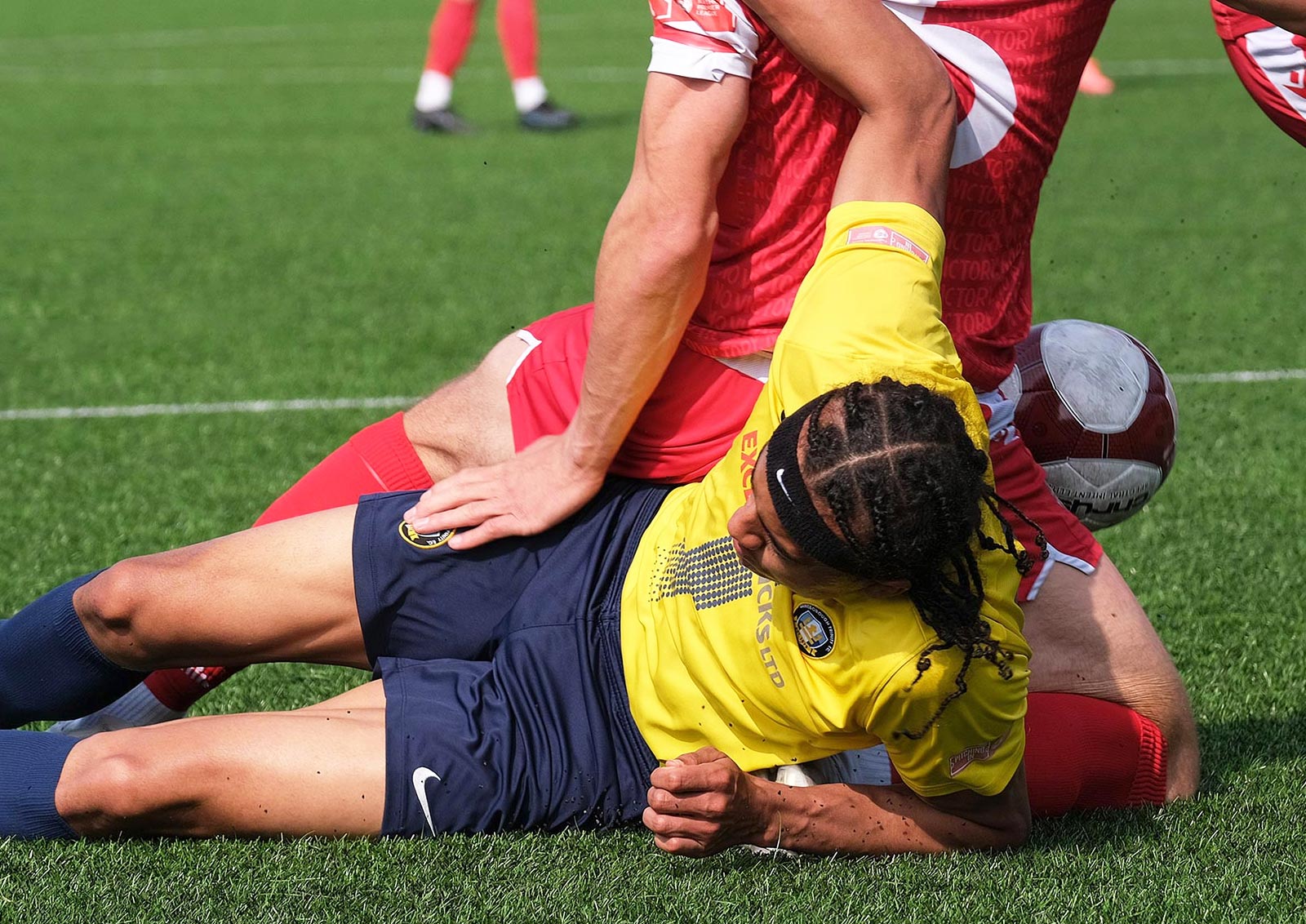 t his former employers, on Saturday.

Town have recorded 33 points from their 20 home games this season, coming in the form of nine wins and six draws, compared to Gainsborough's two wins and four draws (10 points) Trinity's last away win coming against Atherton Collieries on March 22nd. Town last suffered defeat at home, back on January 15th, incidently against The Colls!

An impressive stand on one side of the ground provides a fantastic, unhindered view of the action, plus a view of the coastline away to the left. Arrive early enough and a walk to the seafront should be on people's agendas, for those wanting some fresh sea air, and the chance to take in some of the sites!

Earlier in the season, Gainsborough emerged victorious, with Toby Gould netting the only goal of the game. The last time the sides met in Whitby, the scores were locked at two apiece. Goals from Simon Russell and Gregg Smith were cancelled out, the Seasiders levelling from the penalty spot five minutes from time. The other encounter sandwiched between those two fixtures between the teams was the game in which Rod Orlando-Young ran riot, as the Holy Blues ran out 5-1 victors at the Northolme. Here's hoping our trip back from the east coast can be one following a similarly inspired Trinity performance!

Wishing all of our supporters who have and continued to travel with us, a very safe journey. Thank you for your unwavering support and we'll see you all again very soon!