Gainsborough Trinity have sensationally secured the services of striker Clayton Donaldson. Most recently with Vanarama National League North Play-Off Winners York City, the Holy Blues have beaten off stiff competition from the league above to bring in the prolific marksman, who sees The Dave Longstaff Martin and Co Arena as the ideal place to play his football, whilst also gaining his coaching badges.

Donaldson insisted, "Bish played a big part in me joining Gainsborough. We first played together at York City & have kept in touch ever since. When I was released, he text straight away - to see if I was interested and what the situation was. I had a few options on the table, but I wanted to get away for a holiday first - and then take it from there. Knowing him like I do, when he was back onto me, I knew I wanted to come along. It fitted with where I'm at. I am still fit and hungry - and want to play, everything fitted. We got down to the nitty gritty - and opportunities to be involved with aspects of the coaching while I study for my UEFA A Licence, it all worked."

A former Jamaican International. 38 year old Donaldson brings a wealth of experience to Lincolnshire. Not least his recent spell where he helped take York back to the top tier of non league football. In a twenty year playing career where he started out in the youth team at Hull City, the strong running striker boasts Crewe Alexandra, Brentford, Birmingham City, Bolton Wanderers and Sheffield United amongst his former clubs. Bagging in excess of 200 career goals, Clayton averaged a goal every 2.5 games at Crewe, just under one in three at Birmingham - and in his first spell at York City, his strike rate was at one in two.

With goals proving difficult to come by last season for the 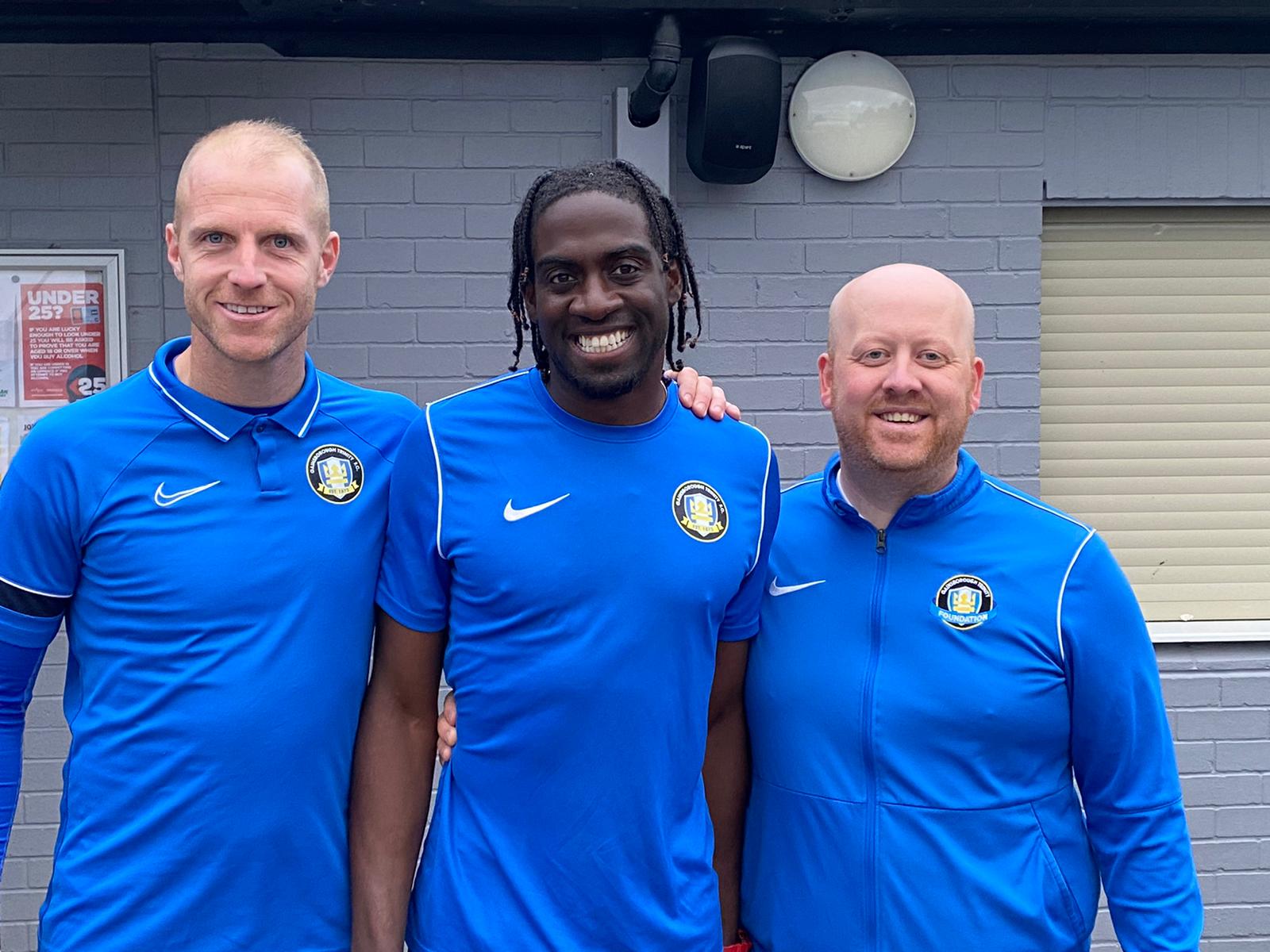 Holy Blues, recruitment in the final third has so far taken priority for Damon Parkinson & Neal Bishop as they strive to build a side capable of challenging higher up the table. "Clayton is someone who I played with many moons ago at York, and played against many times in the Football League."

Bish continued, "To get him in has been a group effort right from the chairman down. We outlined our ambitions for the club and where we see him contributing to the project both on and off the pitch. He will be massive for us in terms of training levels, how he conducts himself and is the profile of a player that I believe we were missing at times last season."

Trinity fought off stiff competition to land the striker, as Bish explains, "Again he’s a player who could have gone to some fantastic clubs- higher in the pyramid- but has bought in to what me and Damo are trying to do here, we are delighted to have him on board." Donaldson is expected to combine playing duties with additional coaching duties, similar to how Bishop did last season, utilising his playing experience and passing on this knowledge and advice to our young and hungry, up and coming side.

Clayton shared that vision, of helping the football club, insisting, "I am pleased to get the move over the line, I've made the decision to get signed. It's always unsettling when you leave a club - but that's the unexpected world of football. You always need to expect the unexpected. I went in at York with the objective of helping them get promoted and we achieved that goal. Now I am here to help Bish, Damo and the players around the club and pass on my experience to others - and help them achieve their goals."

"As a player, I'll always set myself personal targets, but as a forward it's about hitting double figures, but I'm here to help the next generation too. You just have to look at the Premier League sides signing experienced players for their U23 teams (Jay Spearing re-joining Liverpool for example) to help manage situations and correct things as they arise on the field."

He closed by adding, "I am excited for the season to start now, it's certainly one to look forward to with the gaffer in charge! Let's be positive and let the good times roll." As Clayton put pen to paper this evening, there's certainly an air of expectancy starting to grow.