Masai Arbouin has committed to Gainsborough Trinity for the 2022/23 Pitching In Northern Premier League campaign. Further bolstering the Holy Blues' squad, the energetic midfielder, who has featured heavily in pre-season, previously spent time at Buxton and Grantham last season. Following the end of his association with Sheffield United, Masai has had an intriguing career to date as he looks to carve out a career in the game. Other stops along the way include Sheffield FC, Brighouse, CF Cordoba in Spain. and FFDTV based in London.

After biding his time for the opportunity at Trinity, Masai was keen to report back for the first pre-season session, and his enthusiasm and perseverance paid off. Traits that will stand him in good stead for making a positive impression with the Trinity faithful.

After signing for the Blues, he admitted how it felt, "It feels great, I have enjoyed pre-season so far and the way the coaching staff want us to play, so I think I’m in the perfect place to progress this season and show what I can do and and hopefully help the team."

Enjoyment is an important factor in anyone looking to make the commitment to football and young Masai has been impressed, "I’m impressed first of all by the idea of bringing in young hungry players with great technical ability who want to work hard and do well, a few of which I’ve played with in previous seasons. But I’m most impressed with how the manger has given us the freedom to express ourselves and encouraged us to enjoy time on the football, which suits my style of play."

Previous experience at this level means Masai has something to bench mark the current Trinity setup, as he reflects, "At Buxton in pre-season I found it was a great set up and they had a top winning mentality around the changing rooms. This reflected in training and on the pitch when match days came, which is no surprise 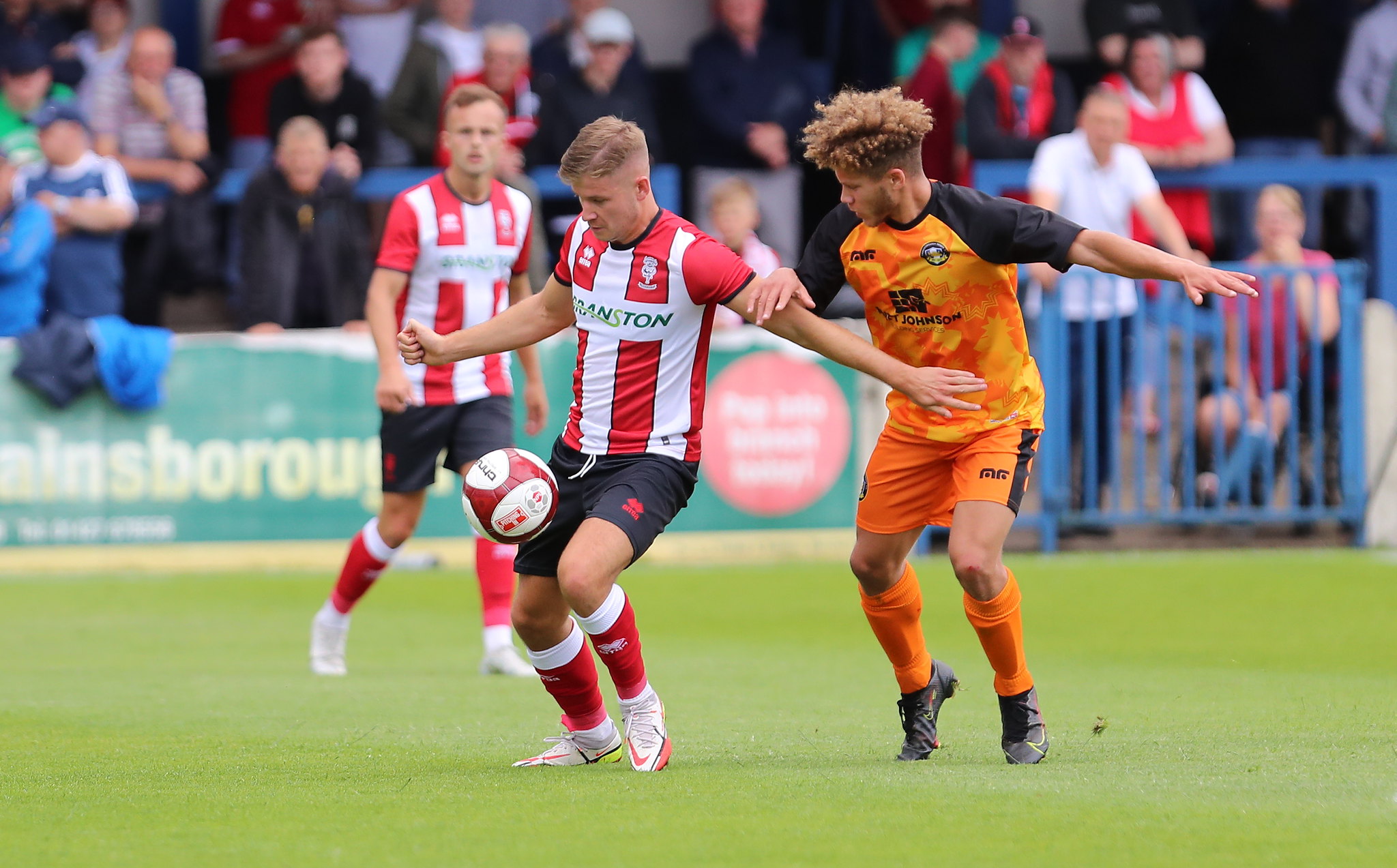 why they finished top." He continued, "As for Grantham, it wasn’t the same standard if I’m honest and levels of professionalism weren’t where they needed to be. If I’m to compare the two to here I’d say we’re pushing more towards the standards set at Buxton with the coaches demanding professionalism from all the players and full commitment from the lads with everyone buying into the managers ideology. Effort and application levels in training have been great from all the players. Hopefully with this mentality we can do something special this year."

And in terms of what Arbouin will add to the squad, he lays out his talents, "I’m hoping to bring high energy levels on the pitch, to the team along with flair, speed and creativity in the final third which will hopefully contribute to goals and assists this season. There’s some great technical and intelligent players in the team so I’m hoping to create good relationships on the pitch with them and link up together well. More than anything I think my passion, hunger & will to win on the pitch can help drive the team and give us an extra lift when we need to dig deep in games to get us results."

A central midfielder Masai believes that in Joint Manager Neal Bishop, he certainly has the ideal man to develop him as a player, "Working with Bish has been great. He demands high standards from the players and always looks to give great little details to add to your game which comes from his experience as a player himself. I made a mistake trying to play out from the back the other day and he was more bothered about praising my reaction afterwards, for not shying away and keeping on wanting to get on the ball and make something happen, which led to a goal, than the mistake I made."

"It’s great from a players point of view knowing that your coach doesn’t rip into you for making mistakes when trying to do the right things but encourages you to keep going. It gives you the confidence and belief to keep getting on the ball without worrying about getting it wrong which with the type of players we have this season and the way the manager wants us to play is exactly what the lads need, to bring the best out of us and have success in this playing style."

A definite nod to the exciting times ahead with the Holy Blues, as Masai added, "I think these guys (Damon Parkinson & Neal Bishop) are setting us up to express ourselves this year and to give us freedom to show what we can do on the ball which has been a major factor in me wanting to sign for Gainsborough Trinity this season."

Masai featured in yesterday's 3-6 win away at Barton Town, where he scored one and made two, in an all action performance. Welcome to the club Masai, here's to a successful season!