As preparations continue ahead of the Holy Blues' 2022/23 curtain raiser against newly promoted Warrington Rylands, Gainsborough Trinity are delighted to announce that Prosper Keto has today extended his stay at The Dave Longstaff Martin and Co Arena. Prosper impressed management, team mates and supporters with a number of high octane performances at full back following his debut in last season's Lincolnshire Senior Cup Semi Final victory over Boston United, doing enough to be offered terms of re-engagement, which he duly signed at Thursday's training session.

Based down south, but studying in Nottingham, Keto has been involved throughout pre-season having returned to digs early to be fully involved in Gainsborough's pre-season warm up. Featuring at both full back and centre half, under the alias of various trialist letters, the popular full back has been kept under wraps in an attempt to keep his identity secret from other potential suitors, until his signature was confirmed.

A drawn out process, but one that everyon 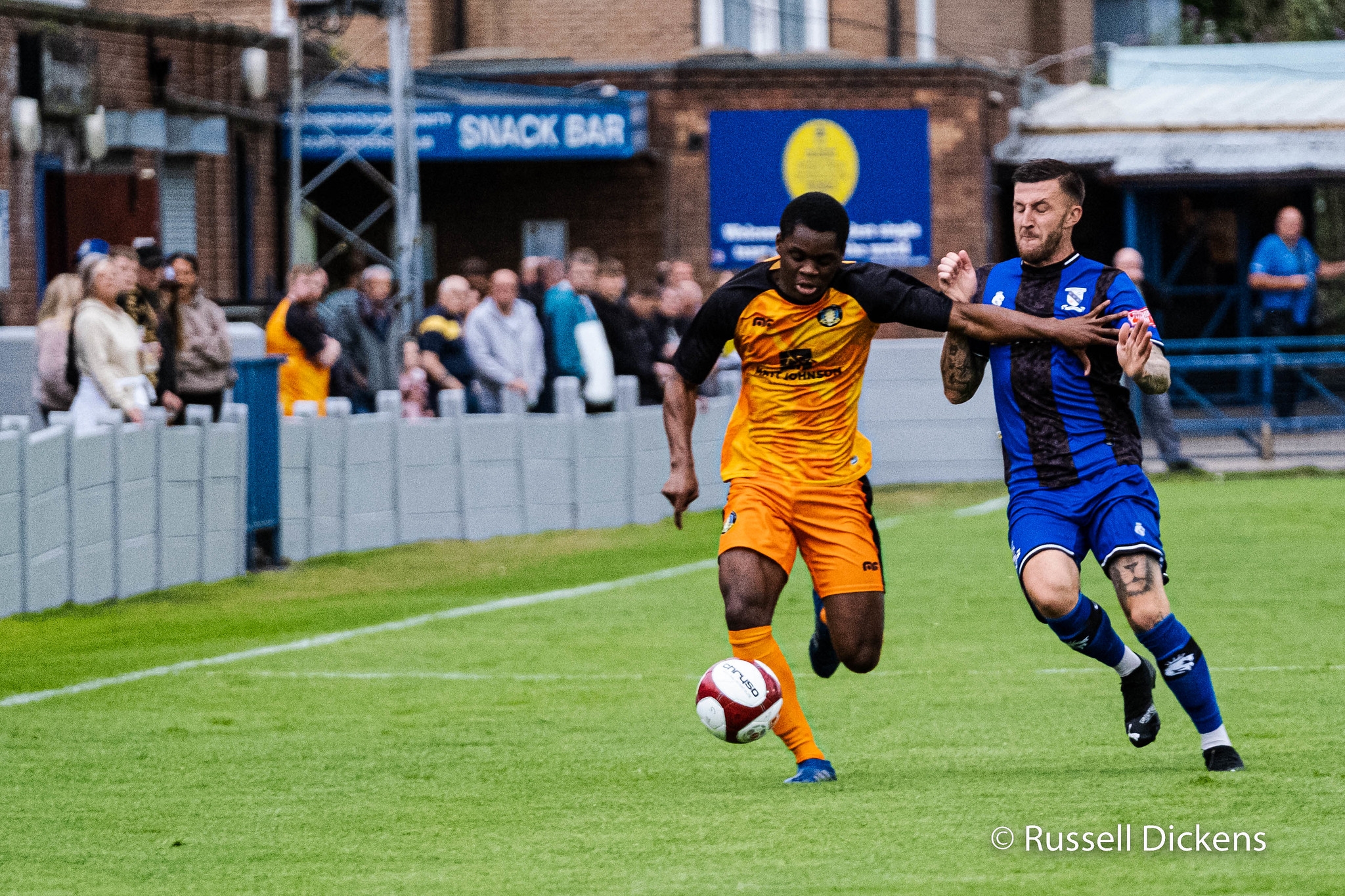 e at the club is delighted to get done, with no one more so than Prosper himself, "I’m looking forward to the season with the calibre of players that are in the squad. The support from the Holy Blues made it easier and encouraging to play and I’m excited for another season with Gainsborough Trinity."

Looking to add to his eight games, seven starts, with one as substitute, the pursuit of Keto has been a lengthy one, after initially expressing his desire to stay, but having bided his time, Blues' boss Neal Bishop, who celebrated his 41st birthday on Sunday announced. “He’s player that come in last season and looked very comfortable at this level, we believe we can work with PK and take his game to the next level.”

Prosper is available for selection on Saturday when the Holy Blues make a first trip to Warrington Rylands in the league curtain raiser. Both his home and away shirts are available to sponsor for the 2022/23 season. If you want to sponsor his shirt and receive a match worn shirt at the end of the season, please get in touch via our social media channels. Prices starting at £100 for an individual sponsorship, or £120 for a business sponsor.