After an enforced layoff of ten days following Morpeth's need for an FA Cup Replay and the tragic loss of Queen Elizabeth II, the Holy Blues are back in action on Tuesday night. We make the trip to the east coast, to take on Whitby Town in the Pitching In Northern Premier League, 7.45pm kick off, looking to add to the seven points from six games that has seen us lose only once this season, and start the season unbeaten away from home.

Progressing to the next qualifying round of the Emirates FA Cup, Neal Bishop and Damon Parkinson's side will be heading to the Towbar Express Stadium in good shape, while looking to turn draws into wins to climb the table. Away from home, we have got to learn and got to learn quickly. Football has a way of kicking you in the teeth. Repeatedly (with reference to late draws against South Shields and Matlock Town). We don’t want to be that team that say we should have had this, we should have had that, we should have had more points than that. Football has no time for nearly men and I don’t want us to be a nearly team. We just now need to make a few things and build on some excellent performances where we have stood up well to individual battles and we have to take the positives from that.”

Whitby, despite starting the season with five straight defeats, shouldn't be underestimated. In their last league game they held Marske to a goal-less draw and progressed in the cup, brushing aside Bishop Auckland 5-0 on their own patch. In the summer, Whitby lost their talisman, former Trinity forward Jacob Hazel, who left the club for National League North side Darlington for an undisclosed fee, but under the managerial watch of Joint Managers Lee Bullock and Nathan Haslam, spent much of last season in and around the play-off spots, and will be hoping for something simi 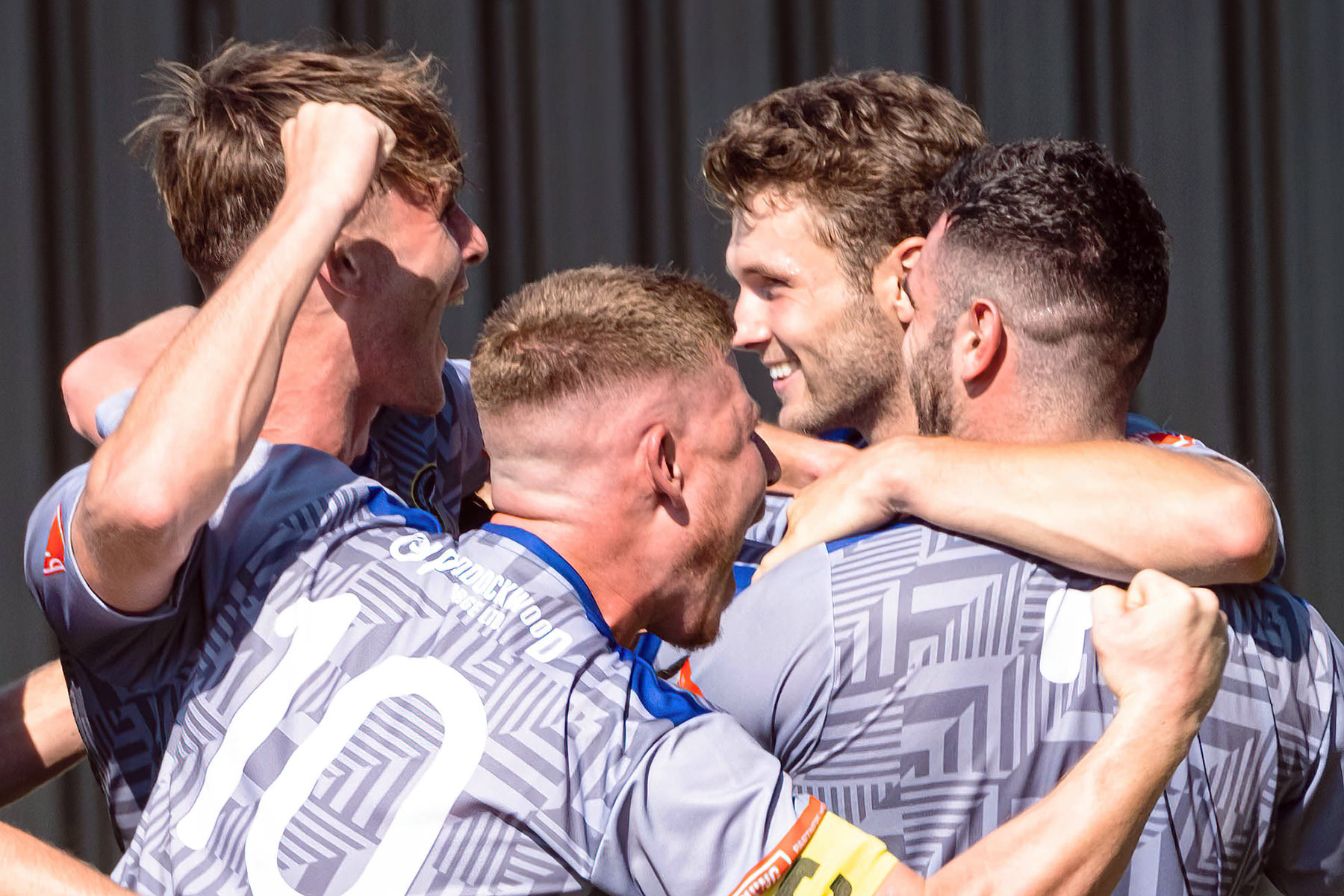 We are still at the stage in the season where positive results can dramatically alter league positions. Victory for the Holy Blues could see Gainsborough clamber up the table to as high as ninth (depending on the results of others) with ten sides having played a game less than the other twelve! So as said, little really can be read into league tables at this stage in the season, with less that two wins separating top to tenth, and 9th to 21st being split by six also. It's imperative that we focus on our own game and pick up wins in the games that we can control!

Trinity will be looking to secure another victory against Whitby, to add to a rare double secured last season. The Holy Blues beat Town at Northolme in August last season, with a Toby Gould strike the only goal of the game. Before a 2-1 victory on the final day, with goals from Jovon Makama and Alex Wollerton in front of a healthy crowd of 568, swelled by a superb following of seaside visiting Gainsborough followers. With the night’s drawing in, and the evening kick off, not so many look to make the visit this time, but a repeat of the result would be most welcome.

"Whitby will be a very tough game. It’s another long trip on a Tuesday and they are a good side. I know Bully well and him and Nathan have done an amazing job there these last few years. They have constantly punched above their weight and always recruit well. However we go there with confidence and we have the players to hurt any team in this division. Hopefully the break has done us good and we will go there looking for all three points." enthused Bishop.

It is intended that a full live stream of Match Commentary will be provided on Mixlr to keep any of the Trinity Faithful, unable to travel, fully abreast of the action! A link to the feed can be found here.

If you are heading to Whitby to watch the game, from the Dave Longstaff Martin and Co Arena 114 miles through the scenic North York Moors National Park, use the address and postcode: Towbar Express Stadium at the Turnbull Ground, Upgang Lane, Whitby YO21 3HZ. Advanced tickets can be purchased online here, priced as below on the gate.

Elsewhere in the Pitching In Northern Premier League, there is a full fixture schedule, with all games set to kick off at 7.45pm:

News since the last game saw Darius Smith depart. The summer signing looking to secure more regular football having been restricted to four appearances from the bench. "Darius leaves with our best wishes, his attitude was top class since he came in and he’s a really good lad, the opportunities for him to play just didn’t materialise as the lads in his position were doing well. He received an offer from another NPL side and although we’d of liked him to stay as his chance would of eventually came, he leaves with our best wishes" commented Blues' boss Neal Bishop.

Brad Grayson also leaves with our best wishes. The forward was presented with an opportunity at another club, working with an old manager who he wanted to work with again. And we didn't want to stand in his way.

We also found out our FA Cup opponents; we face Long Eaton United in the Second Qualifying Round of this season's competition, and will face a couple of former Blues in the form of Rod Orlando-Young and Reco Fyfe. The fixture to be played on Saturday 17th September (3pm). Long Eaton so far having defeated Sherwood Colliery, Quarndon AFC and Hednesford Town to set up this one!

Our recently postponed home game against Morpeth Town has also been rescheduled for Tuesday 25th October, with a 7.45pm kick off.