Highly rated, prolific lower league marksman, Iren Wilson, formerly of Sheffield FC Handsworth, Rossington Main, Hallam, and Liversedge, can today be unveiled as a Gainsborough Trinity player. Wilson made the step up to Northern Premier League level in the summer, with rivals Liversedge, having scored over 30 goals for Toolstation NCEL Division One champions Hallam under the watchful eye of their manager Craig Denton.

Having signed for the club after a couple of impressive training sessions, young Wilson (22) revealed, "I’m delighted to be here at such a good club, I’ve had a taste at this league already so I know what’s it about. I back my ability all day long but look, I’m here to score goals, work hard, test myself & help the team get to where they deserve to be. I’m more than ready!"

Boosting the striking options following the departure of Brad Grayso 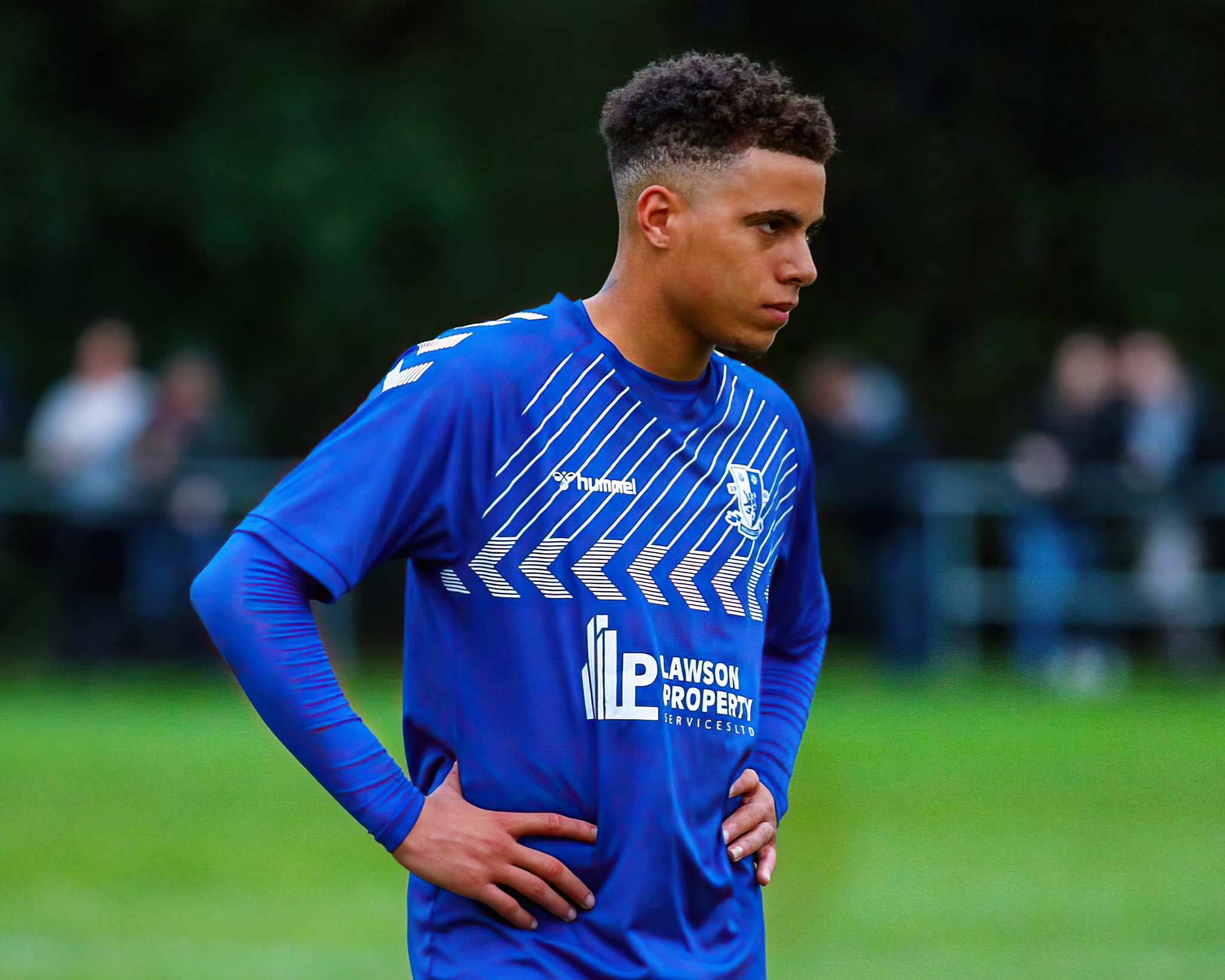 n, one player in particular excited Wilson. "Clayton (Donaldson) got my attention straight away. I think I’ll work really well with him, I can learn off him which is massive for me, with the experience he’s got!". With Tom Cursons also vying for a starting spot, Gainsborough certainly have the firepower to cause any team at this level problems.

Described as having lightening pace and an eye for goal, Iren comes to the Holy Blues with great potential, as Blues' boss Neal Bishop explains: "Iren Wilson has come in. He’s somebody who has scored a lot of goals lower down the pyramid. Due to the nature of the season, myself and Damo just haven’t been able to get out and watch as many games as we would like, but we had someone watch Iren and he comes highly recommended."

As Trinity try to establish a network of scouts capable of supporting both in terms of recruitment and opposition analysis, Bish continued, "We are trying to create a scouting team and people who we can trust to get out and watch games for us. But like I said when we took the job, we are trying to build from ground zero. We both want what's best for Gainsborough Trinity in the long term as well as the here and now, we want to give the club some stability and continuity."

Here's hoping Iren can get off to a flier as the side head to Whitby Town on Tuesday evening, looking to turn draws into victories - and improve even more on what has so far been a solid start on the road this season. Welcome to the club Iren, it's great to have you on the journey with us!