The arrival of Stalybridge Celtic marks the second home game in four days for Gainsborough, and part of a run of fixtures on home turf that could stretch to six games by the middle of October, depending on the luck of Monday's Isuzu FA Trophy draw and potential replays! Fixture schedules really raising a few eyebrows in recent weeks, that's for sure. Stalybridge, managed by Chris Willcock sit a place above the Holy Blues with a point more in the bank, accumulated from their eight games, which has seen them win two at home (against Lancaster City and Bamber Bridge) and away from home against Liversedge.

All three Stalybridge games have been decided by the one solitary goal. Despite being without that first home league win of the campaign, the Dave Longstaff Martin and Co Arena remains a tough place for sides to come. Trinity have ran out five times in competitive fixtures so far this season, winning twice (in the FA Cup) drawing twice (against Stafford Rangers and Hyde United) and losing just the once, against Lancaster City.

Also of note, from a 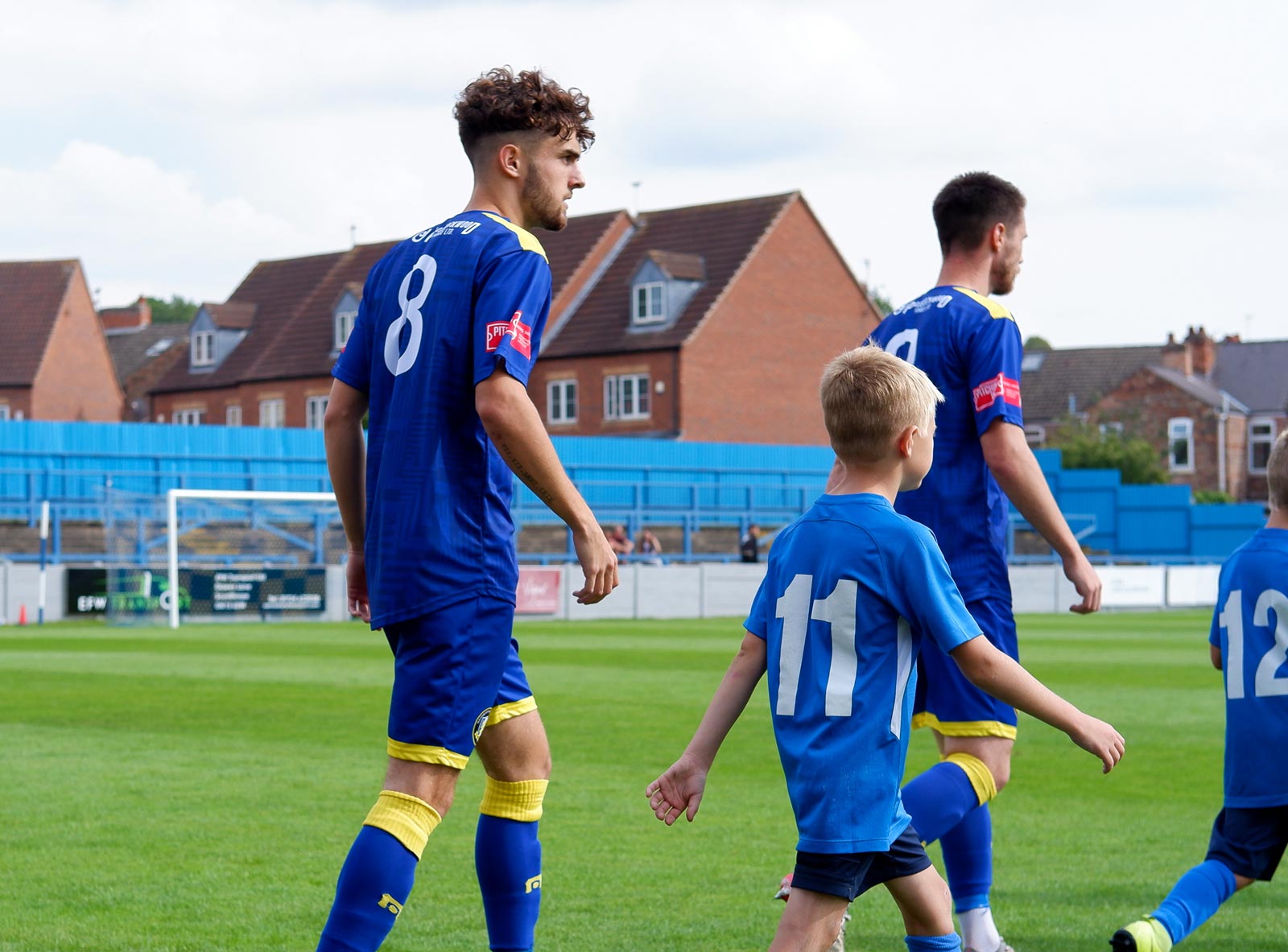 Celtic perspective, they have faced off against the Dolly Blues of Lancaster, three times already this season, sharing two goals in 300 minutes of football. Trinity's exciting front line will need to be on form to unlock the mean visiting defence if we are going to secure that elusive first league win of the campaign, this weekend. We hope you can join us as Neal Bishop and Damon Parkinson's side go all out for that all important victory.

Thanks to our fantastic partners at Matchday Creative, our full colour programme is ready for inspection! Skipper Andrew Wright adorns the cover of our Matchday Programme: Issue 6 while inside Dale Storey returns to grace the pages with his regular column.

Boss Neal Bishop shares his thoughts, as does Wrighty in his popular captain's notes. Issac Rice answers his first and lasts, with his headshot poster inside. Don't forget you can read up on the opposition, including pen pics and history, Stalybridge's Programme Editor Richard Greenwood goes that little bit deeper as we go behind enemy lines to find out the inside track on his side so far this season!

With that and more, you can't help but have plenty to read ahead of the game! Not to forget photos from the two Russell's, Dickens and Shepherd, and a couple of wonderful trips down memory lane with our Under the Bed and Trinity A-Z features, thanks to Steve Andrews and Pip Anderson. Be sure to get yours tomorrow, at the turnstiles. Priced at £2.50!

On Saturday, we welcome our Silver Match Sponsors: Wright Vigar and Match Ball Sponsors MKS Groundcare to the game. Thank you for your continued support of our football club. Should you be interested in becoming a match sponsor in the future, please contact Geoff Holmes on This email address is being protected from spambots. You need JavaScript enabled to view it.. We cannot wait to hear from you!

The first of two full schedules in the Pitching In Northern Premier League, before the Holy Blues and a host of other clubs move into the third qualifying round of the Emirates FA Cup a week on Saturday. The clash between Radcliffe and Morpeth looks to be one of the NPL's fixtures of the weekend (after our game that is)!

In any case, let's see where we are at 5 o'clock on Saturday evening. Before the game, we are four points off the play-offs and three away from the dropzone. So far this season, the table is certainly tight from 1st to 20th, there's only 11 points separating the sides! Certainly lots to play for!!