Since the 6-0 win away at Whitby Town on the 13th September, Neal Bishop's Gainsborough Trinity haven’t been on the road in the league. A couple of days shy of a full month without an away league game (mainly thanks to the Holy Blues’ cup commitments) Trinity will be hoping to continue an impressive start to the season away from home that has seen victories over Warrington Rylands and Whitby Town, in addition to hard fought draws against South Shields and Matlock Town from our four league excursions to date.

It is also conceivable to believe that we could have amassed more than the eight points gleaned from our travels, but Neal Bishop wont be resting on his laurels against a side consistently up and around the play-off positions. And at Cantilever Park, a ground the Holy Blues always appear to be on the receiving end of a questionable refereeing decision or two, the travelling Trinity will have to be at their best!

The Yellows, as they 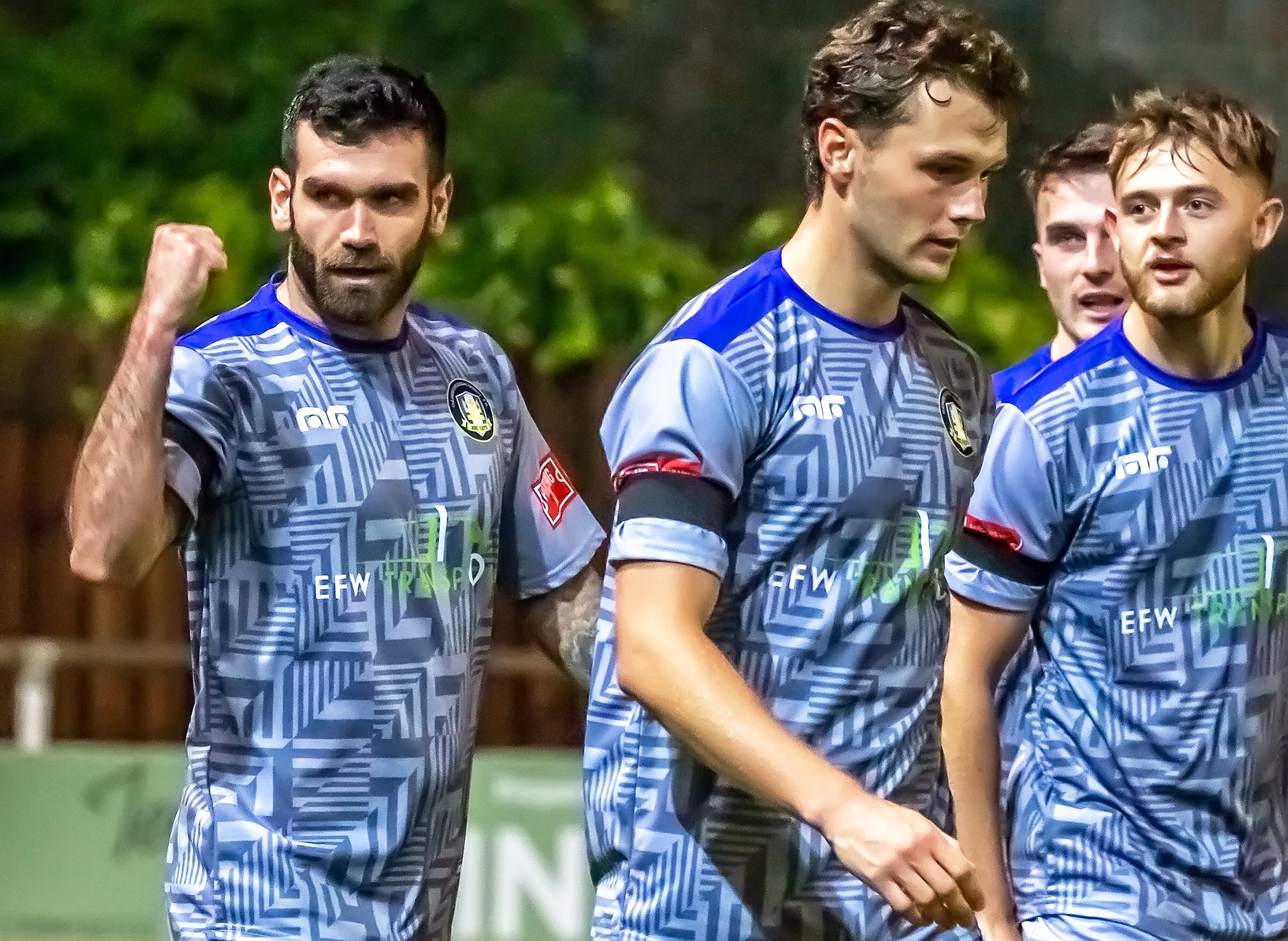 are known, are sat in 12th ahead of Tuesday night’s clash with the Holy Blues, having picked up 16 points from twelve games. Three more games than Trinity, with only a couple more points to their name. In six league games at home, Town have won three, drawn two and lost one. And in their last couple of games they have left it late to salvage results in games. Against Warrington rivals, Rylands, they fought back from 3-1 down with seven minutes of normal time, to secure a share of the spoils. An own goal in stoppage time seeing the game finish three apiece!

Last time out, in the FA Trophy Warrington again needed a ninetieth minute strike, this time to prevent the game going to penalties when they travelled to Hebburn Town. Sean Williams’ penalty in the final minute ensuring a shootout wasn’t required.

At Cantilever Park, i

n September last season, the Holy Blues went down by a goal to nil. Matty Grivosti netting the only goal of the game seven minutes into the second half. The game remembered for a bizarre goal for the Holy Blues that was ultimately chalked off. Seven players from the side that narrowly lost 1-0 are in the current squad, with six likely involved on Tuesday evening. Goalkeeper Matt Yates, Player/Boss Bishop, George Hornshaw, Isaac Rice, Hayden Cann and Liam Waldock. Cieron Keane, in the squad, is still a way off returning to boost the Blues' options this season.

Back at the Northolme the sides played out a 1-1 draw. Blues' now boss Neal Bishop on the score sheet early. Matty Yates saving a penalty, but also being beaten from the spot as referee Mr Roots twice awarded penalties to the visitors.

Online tickets can be bought in advance, saving on the turnstile prices, adults priced at £10, concessions £6 and U16s £2. Cheaper than the on the gate prices, but be aware of a £1 booking fee with each transaction. Buy you tickets at the Warrington ticket portal here.

There is a busy schedule of Pitching In Northern Premier League clashes on Tuesday evening, including Saturday’s opponents Atherton, who are at home to Belper Town. Whitby Town were due to host high-flying Hyde, but due to the Tigers' continued involvement in the FA Cup, the NPL have given Hyde the week off in preparation for their clash with Buxton on Saturday. The list in full, as detailed below:

The First Qualifying Round draw of the Isuzi FA Trophy has been held at lunch time today. And as reward for beating Barwell 3-1 on Saturday, the Holy Blues will now travel to Lancaster City's Giant Axe on Saturday 29th October, 3pm kick off.