Marske United is the destination on Tuesday night, as the Holy Blues make the frequent long-distance midweek away trip. The two sides currently separated by six places, but only two points from the same number of games, make this one of the standout fixtures of the evening’s Northern Premier League games.

Neal Bishop’s side heading to the east coast looking to continue a fine run of form on the road that has seen them win three and draw twice in five away games (bizarrely, to date, the only one away from home on Saturday being the opening day victory over Warrington Rylands).

Our recently promoted opponents suffered their first home league defeat of the season, at the weekend, going down against FC United of Manchester by two goals to nil at Mount Pleasant, in front of 735 supporters. Bishop’s side will be hoping to make it two defeats on the bounce, a victory of which would see Gainsborough leapfrog our opponents. A carrot certainly worth dangling for this exciting young group.

It is a first ever league meeting between the two sides on Tuesday night at Mount Pleasant with the Holy Blues set to embark on the two and a half hour, 138 mile journey to Marske, looking to secure a positive return of points.

Centre Forward, Adam Boyes, is Marske's leading marksman, with nine goals to his name so far this season. Seven coming in the league. Stats comparable to Trinity's own hit man Clayton Donaldson, also on nine for the season in all competitions (with six in the league). As well as Boyes, there are a few recognisable names from our clashes with Blyth Spartans back in the National League North days… therefore the side currently sitting in 8th should 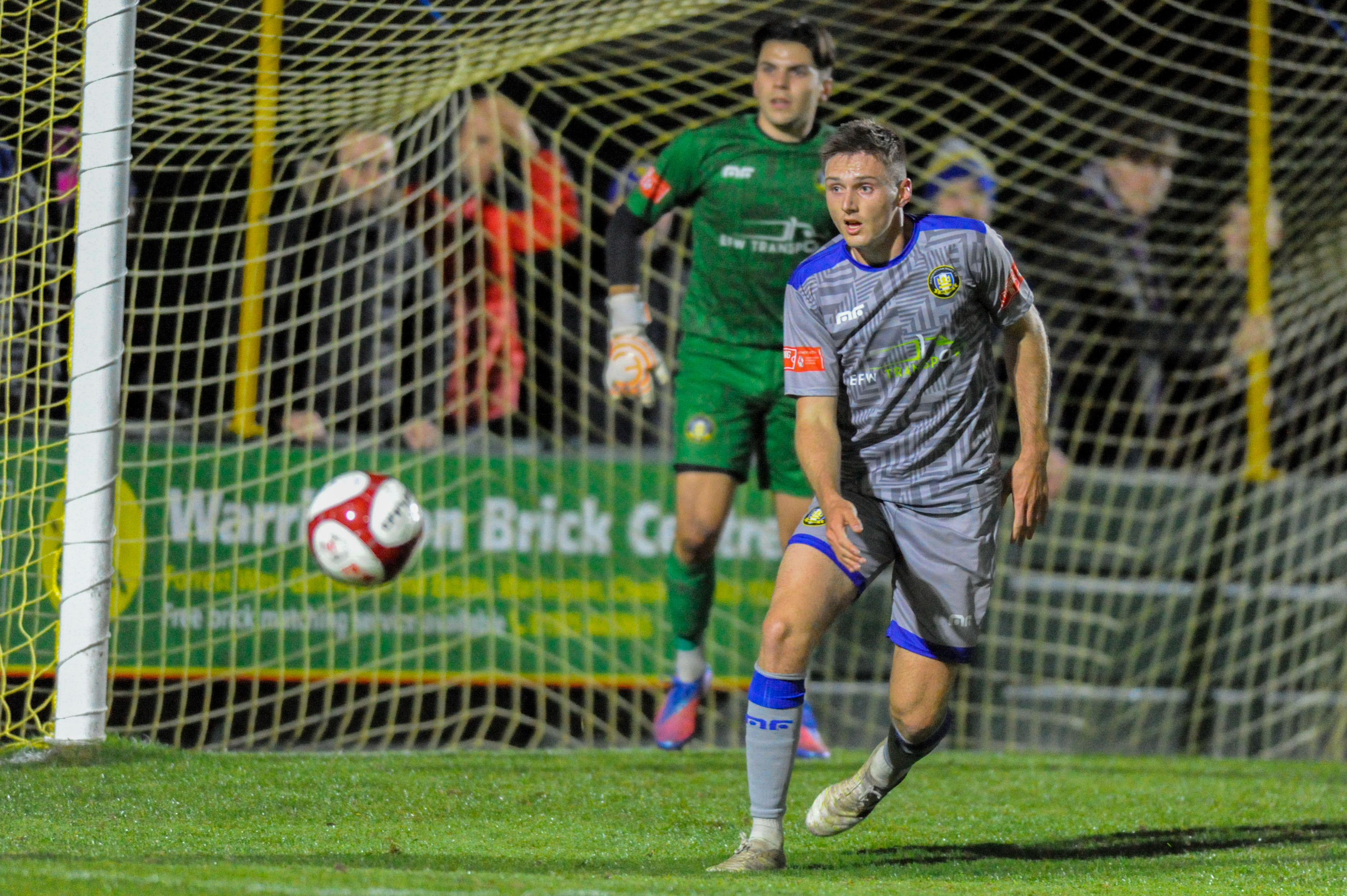 be in no way under-estimated.

For anyone unable to make the game, it’s planned to have live Mixlr commentary to keep the Trinity faithful (and anyone else who may like to listen) fully up to date on the action. Please don’t be afraid to join in and interact with your fellow Blues online during the commentary. We look forward to you joining us and lending your support to the Gainsborough cause in whichever way you choose! Let’s bring those three points back to Lincolnshire!

Marske's Clubhouse Opens at 6:00pm, with the turnstiles opening at 6;30pm. Inside the ground, the Club Shop, Can Bar and Neil's Kabin (serving food) are all open inside the ground from gate opening time.

Matlock and Nantwich are the only sides not in action on Tuesday evening in the Pitching In Northern Premier League, having brought forward the original date to Saturday 1st October, when both sides had been knocked out of the FA Cup. That game ending in a 1-1 draw.

A comprehensive list of the fixtures are detailed below:

Photos from our recent away win over Warrington Town, courtesy of Karl Vallantine