Only a second league loss of the season at home to Bamber Bridge on Saturday can quickly be forgotten about with a result against Morpeth Town on Tuesday evening (7.45pm), when Neal Bishop’s Holy Blues are back in Pitching In Northern Premier League action. The relentless fixture schedule shows no sign of letting up, as the Saturday, Tuesday pattern continues unabated. Relentless, but in this situation, the perfect opportunity for Trinity to show the bouncebackability needed to remain up amongst the early pacesetters.

Due to the Half Term Holidays in Gainsborough, the Trinity Board of Directors have moved to offer U16s free entry to the game against Morpeth on Tuesday, when accompanied by a paying adult. The Board are hoping for a bumper crowd for the evening, as the Blues look to get back to winning ways, under the lights at the Northolme, kickoff from 7.45pm

Despite slipping to thirteenth in the table, 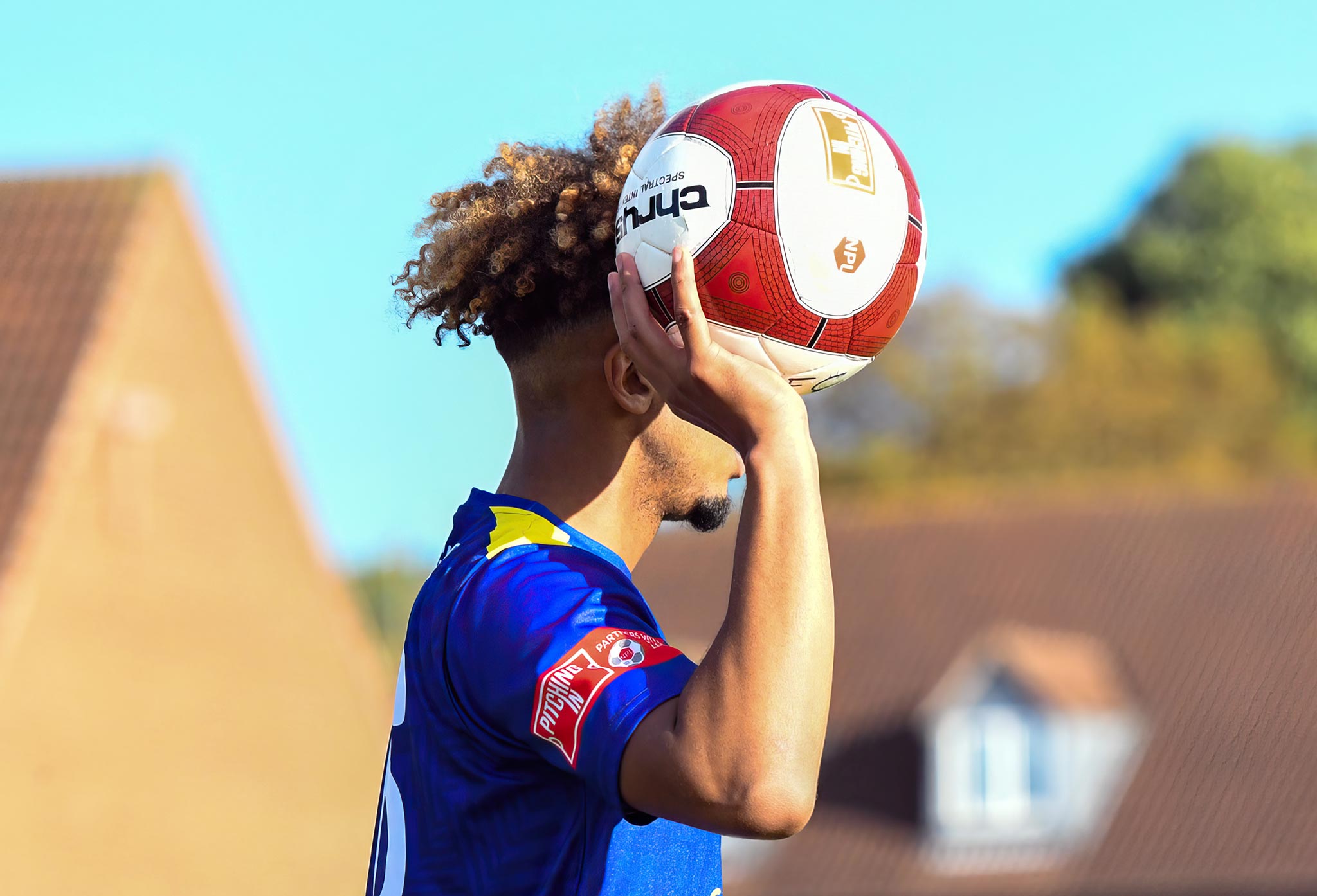 the league remains as tight as ever. A look at the league table still shows only a six point gap between FC United of Manchester, on top (27 points) and the Holy Blues on 21. Factoring in games in hand and rumours of points deductions for sides in the top half, the top half of the table could yet change its’ composition many, many more times in the coming days and weeks.

Looking to bounce back from the disappointment of defeat to Bamber Bridge at the weekend, the Holy Blues can take heart from the second half display, and the fact that overall their form across the season has been most pleasing. And confidence shouldn’t be knocked after a rare defeat. With Liam Waldock moving to ten goals for the season, one behind veteran front man Clayton Donaldson, the Blues still look a threat going forwards, and will be keen to make life difficult for the Highwaymen.

from injury, having impressed in his 45 minute outing at the weekend, and the Trinity faithful will be hopeful that the exciting full back has no adverse effects to his first action of the season.

Currently sat 7th in the table, Morpeth have picked up eight points from the last six, winning twice, losing twice, and drawing twice. The defeats coming away at FC United of Manchester. A 4-2 defeat at Broadhurst Park, and a 0-1 loss at Craik Park against much improved Whitby Town. A Jake Day penalty the only goal of the game in that one. Averaging a point a game from their seven league games away from home. Made up of two wins, against Liversedge and Stalybridge Celtic, their draw coming last time out against Atherton Collieries.

Once again, the goals are shared around the opposition, with Dale Pearson and Connor Thomson on five goals apiece. Sam Fishburn and Jack Foalie also have four each, while a host of others are also off the mark.

Last time the two sides met at the Northolme, Trinity came out victors by the odd goal in three. Toby Gould and Brad Grayson (on debut) gave the Holy Blues the advantage. Jack Foalie reducing the arrears with eleven minutes to play. The home side holding out for a much needed home victory. In the reverse fixture though, Trinity slipped to a 2-0 defeat against the Highwaymen, and it could have been more, but for a Matt Yates penalty save. Liam Henderson and Ben Ramsay on the mark for Morpeth, at Craik Park.

Scunthorpe United loan man, Harry Lewis is the cover star, photographed by Russell Dickens in the weekend reverse to Bamber Bridge. His Iron team mate, Fin Shrimpton is the feature of the popular First and Last feature. BBC Radio Lincolnshire’s Dale Storey discusses the difficulties you can find when commentating, with the difficulty of pronouncing players’ names, particularly those with double-barrelled surnames! There are also the look back in time articles, from under the bed, and the Trinity A-Z, Phil Anderson exploring the Letter K. Priced at £2.50 and up to date with the latest facts, stats and figures, get them before they’re gone!

There are eight other sides in Northern Premier League action on Tuesday evening, but despite the reduced number of fixtures, there looks to be little in the way of games in hand being caught up, just yet!