Gainsborough Trinity returned to winning ways in their penultimate pre-season friendly, running out 1-3 victors over a competitive Worksop Town side at Sandy Lane, with Simon Russell, Ashley Worsfold and Harry Middleton on the mark for the Holy Blues. Two first half goals in the opening 17 minutes of the game settled the nerves for the Holy Blues, Russell opening the scoring in the 15th minute.

Russell curled home a fine finish from the edge of the box to give Tigers' shot stopper David Reay no chance, before Worsfold doubled the Gainsborough advantage, smashing home from the penalty spot after he forced a Worksop defender to handle under pressure. Former blue, Lynton Karkach, dragged an effort wide of the upright after a looping Kingsley James header was ruled out for offside, and Worsfold was denied a second. The flag up again as Trinity posed problems going 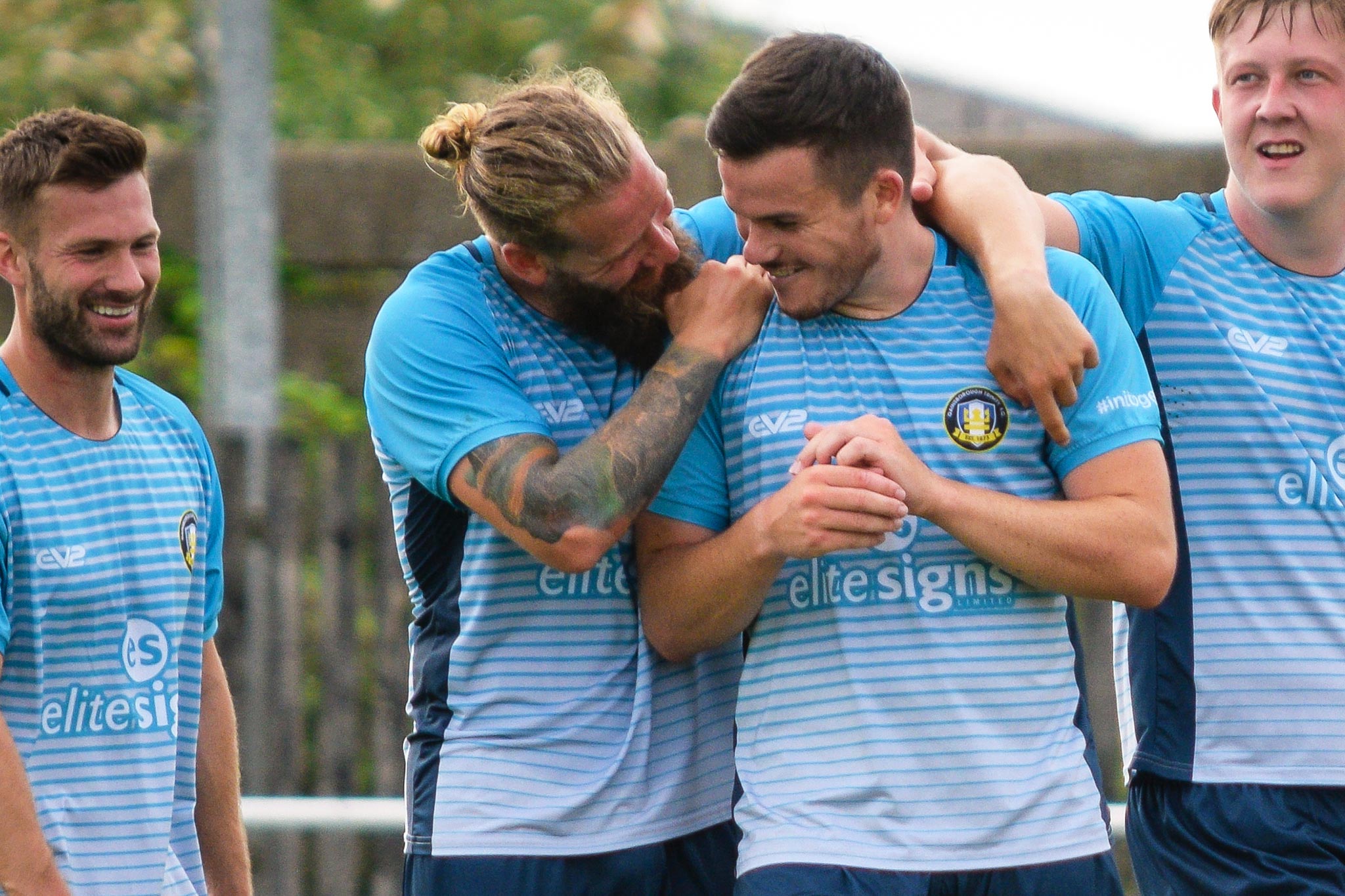 Between the sticks, youngster Callum Fielding impressed the travelling Trinity faithful. Returning to the Lane, where he was a popular member of Worksop's u19 set up, the teenage 'keeper commanded his six-yard box both bravely and brilliantly to repel the home side's threat.

Worksop forward, Matty Templeton, an ex-loan man for the Holy Blues was involved in much of Worksop's good build up, linking well with roving left back Niall Smith, but Reserves' youngster Nuno Perrera defended whole-heartedly.

A slow start to the second half saw Worksop come more into the game, and they deservedly got one back when Templeton crossed for Karkach to stoop low, heading past Fielding

Shortly after, Fielding was replaced by Joe Green for his first minutes of pre-season as a host of changes were made by both managers. Green was immediately involved, saving low to his right as Karkach threatened again.

Ross Hannah, Curtis Morrison and Worsfold were all guilty of missing opportunities that came and went as the Blues couldn't hit the high levels both Liam King and Hannah himself have set. With the game petering out to a close though, a moment worth its entry money alone happened. Off limits, goalkeeper Reay scuffed a clearance straight to Gavin Allott, the forward laying off instantly to Middleton, a yard inside the Tigers' half, his first-time volleyed strike giving the back-pedalling custodian no chance - adding a gloss to the Trinity result, 1-3!