Curtis Woodhouse made two changes from the side that displayed scored five at Tamworth seven days earlier, Shane Clarke and Gavin Allott coming in for Harry Middleton and Ross Hannah. And having scored eleven goals in their last three games, the Holy Blues could not break down a streetwise Morpeth side, who came for a point and left with all three. The Blues dominated possession throughout the game but either last ditch challenges or poor finishing allowed Morpeth to counter, with Walton heading against a post before heading home from 10 yards a moment later wrong-footing a flat-footed Blues' defence from a quickly taken throw on 33 minutes.

Before the break Daniel Lowson in the visiting goal plunged heroically to his right to deny a Brodie Litchfield header from a Simon Russell centre. James Williamson had previously gone close from a similar position heading a Russell centre onto the roof of the net. Curtis Woodhouse rang the changes with a half-time substitution as Josh Batty made his second Trinity debut, replacing Lichfield but the clever and well drilled visitors defence continued to sit deep. Curtis 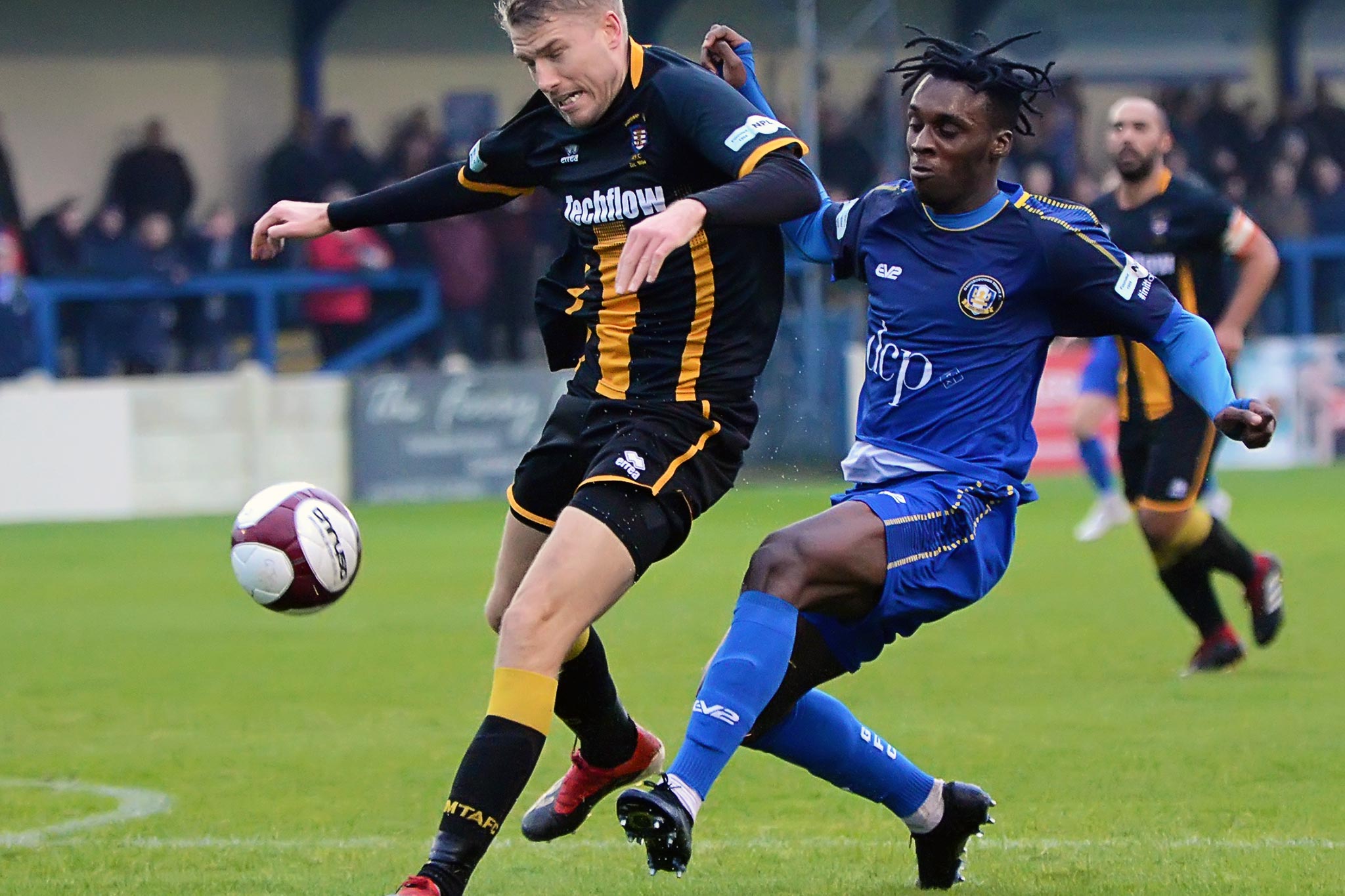 Morrison and Shane Clarke had opportunities, but Lowson was in inspired form for the visitors as the Holy Blues tried, but failed in their attempts to find an equaliser.

Another substitution saw Mitchell Dunne come on for Morrison, and a final throw of the dice as the passing prince Harry Middleton was brought on for Clarke, however even they could not unlock nine men dug in, in the Somme-like conditions.

With six games in hand Morpeth's false position is evident, a little more adventure to add to a defence that could peel an orange in its pocket will see them there or thereabouts. As for Trinity, this attacking side is the sort of football we want to see it can and will move up the table as the Curtis Woodhouse reign continues.