On a bitterly cold afternoon in Tameside, Curtis Woodhouse's Gainsborough Trinity came from behind to rescue a point thanks to substitute Mitchell Dunne's strike, thirteen minutes from time. As Trinity made two changes from the side that narrowly lost out to Scarborough last weekend, Woodhouse opted for two up top, switching to wing backs as James Williamson and Ross Hannah returned to the starting eleven. Curtis Morrison and Dunne dropping to the bench, the boss looked to shore up his Gainsborough chargers.

A non-descript opening period saw the game lack any real urgency from both sets of players. New signing Declan Bacon having Gainsborough's best opening of the first period, but his shot didn't trouble Sam French in the home goal. Tom Pratt whistled an effort millimetres over Lloyd Allinson's cross bar from 20 yards as sloppy play in the defensive third threatened to undo the Blues' hard work. Allinson was the busier of the two 'keepers in the first period. A series of corners swung into the near post were beaten away. Half time: Hyde United 0 Gainsborough Trinity 0.

At the break, Curtis Woodhouse looked to add fresh impetus to his side, changing the shape as he replaced George Green with November Player of the Month, Curtis Morrison. The change didn't reap instant reward, in fact, things got worse inside five minutes of the restart, Jack Dyche rifling home from the edge of the box, the early strike catching Allinson off guard. Shortly after the goal, Micheal Williams went down injured. Cue the introduction of Shane Clarke. Clarke, quickly into the action, was just unable to apply the finishing touches after a good centre from Ross Hannah, French grasping the ball on his line.

Bacon then picked out Hannah as he cut in from the left, but the flag saved Ross' blushes as he couldn't find the target from close range. Hannah was closer to the target when he 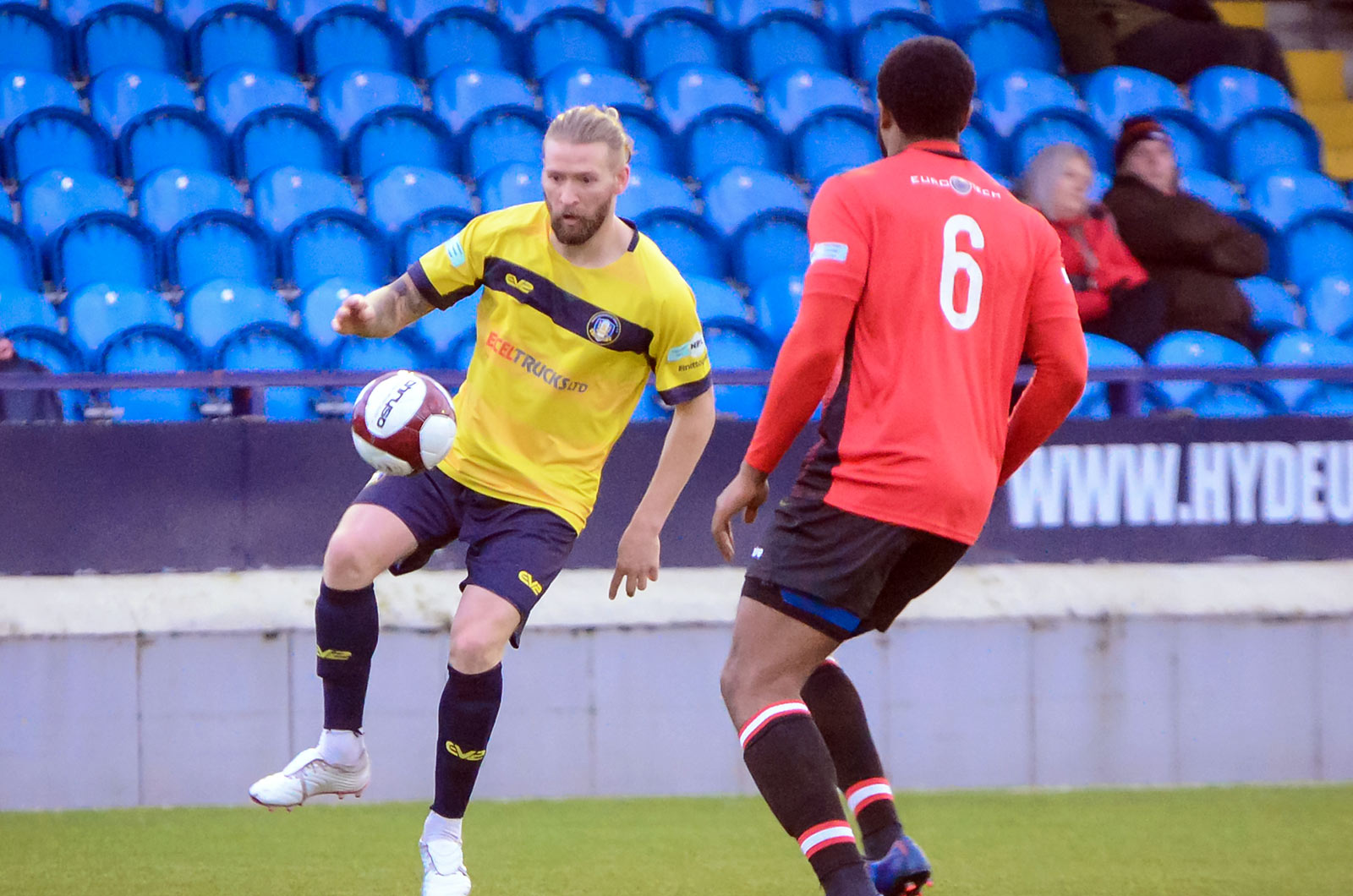 stepped up to swing a left footed free-kick agonisingly wide of the upright, ruffling the side netting en-route. Liam Tonge went close for Hyde, as his effort was into the side netting, before the move of the match yielded a neat finish from Mitchell Dunne, for his first Gainsborough goal. Shane Clarke picked out Ross Hannah, who's layoff found Kingsley James. The midfielder splitting full back and centre back with a sublime through ball. Dunne doing the rest, to slot past the advancing 'keeper.

Thirteen to play and Trinity sprang to life, going in search of a winner. Bacon was denied by the feet of French as the forward tried a near post finish. Before French beat away a fierce Bacon drive and Dyche flung his body in the way of a Shane Clarke pile driver to ensure this one ended in stalemate. Full time: Hyde United 1 Gainsborough Trinity 1.