A festival stalemate at the Gainsborough Martin & Co Arena saw Gainsborough Trinity move off the foot of the table, with a hard-earned point against Nantwich. The first half saw both sides with defences on top, as Nathan Stainfield was restored to the starting line up alongside Will Thornton at the back. And his presence was a welcome boost alongside the twin threat of Joe Malkin and Joe Mwsalie.

Lloyd Allinson though was the busier of the 'keepers. At least three times he was called into action, denying Sean Cooke, Malkin & Mwsalie. Cooke also seeing an effort from a well worked corner routine blocked by Simon Russell on the goal line. Trinity had a couple of efforts too, the pick of them a George Green free-kick from 25 yards that had Greg Hall scampering across his line to tip behind for a corner.

In a game where c 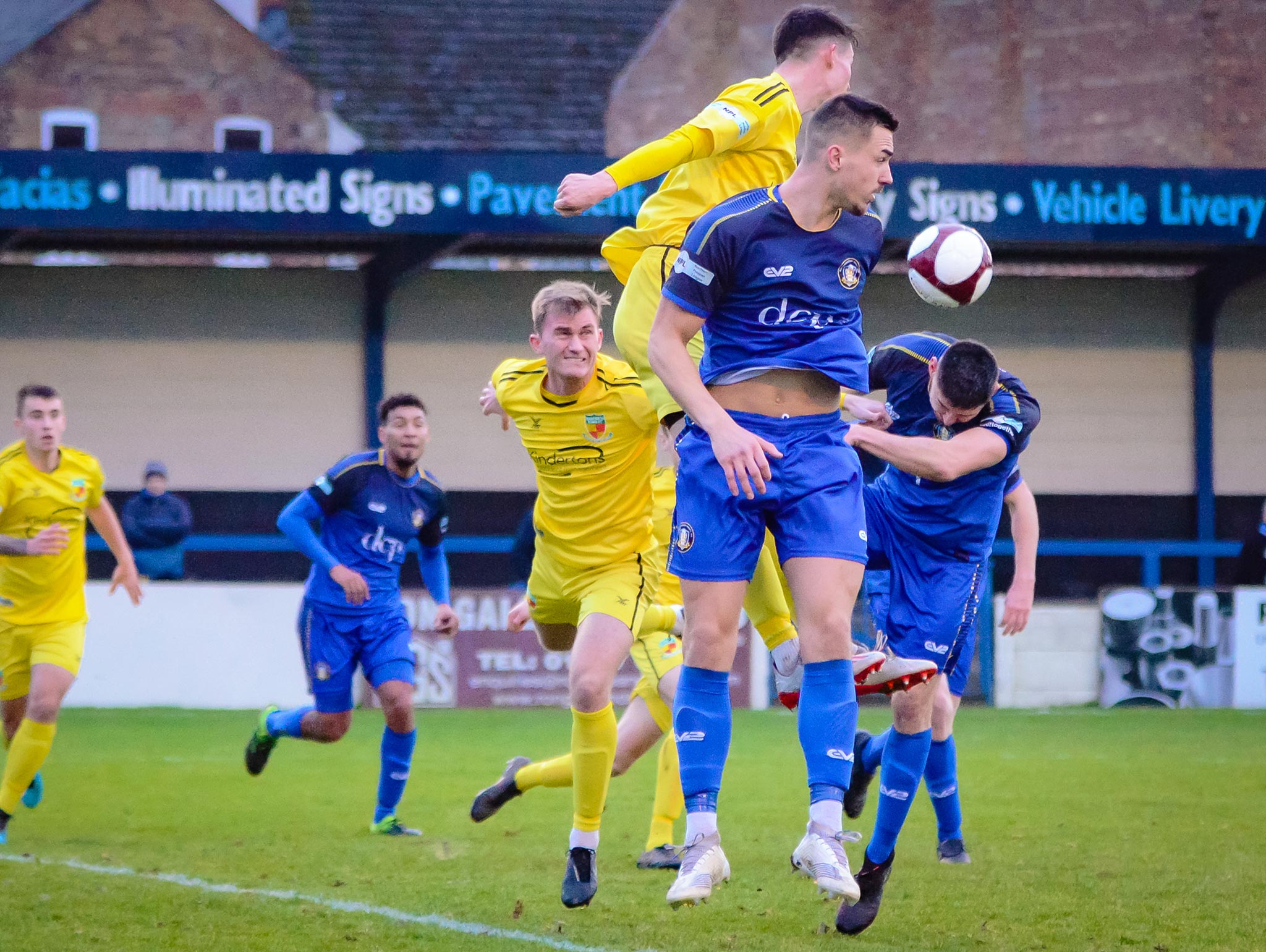 hances were at a premium, Billy Chadwick had the better chances of the second period, for the Holy Blues. At either end of the second half, Chadwick ghosted past defenders, before seeing his poked effort draw a smart save low down at the ‘keepers left post. The second, saw the on-loan Hull man strike the upright in the 91st minute, after a spritely burst into the box left the Dabbers' defence stood watching. With Greg Hall rooted to the spot, Chadwick looked on as his effort cannoned back into play.

Deep into stoppage time, the Dabbers were reduced to ten men, when Callum Saunders was shown a straight red card, for stamping on Will Thornton, but there was not enough time for Gainsborough to find a winner, with no goal to add to the festive cheer.