Gainsborough Trinity made it six games unbeaten with a fine victory over Witton Albion, moving themselves clear of the BetVictor Northern Premier League drop-zone on goal difference. Alex Wiles had a home-coming to remember, netting twice following his midweek move from Tadcaster. Dan Wallis was also on debut also after joining from league rivals, Matlock Town 24 hours earlier. From the first minute, Wiles had announced his return to the Martin & Co Arena, showing the Holy Blues wouldn't be out fought.

And with Gregg Smith leading the line and occupying every thought of the Albion defence, Trinity would get their just deserts midway through the first half, that man Wiles striding onto the ball from twenty yards and curling a sublime finish beyond Chris Renshaw. Less than two minutes later though, Albion pegged Gainsborough back, a James Short long throw in wasn’t dealt with and James Foley stabbed home from eight yards. 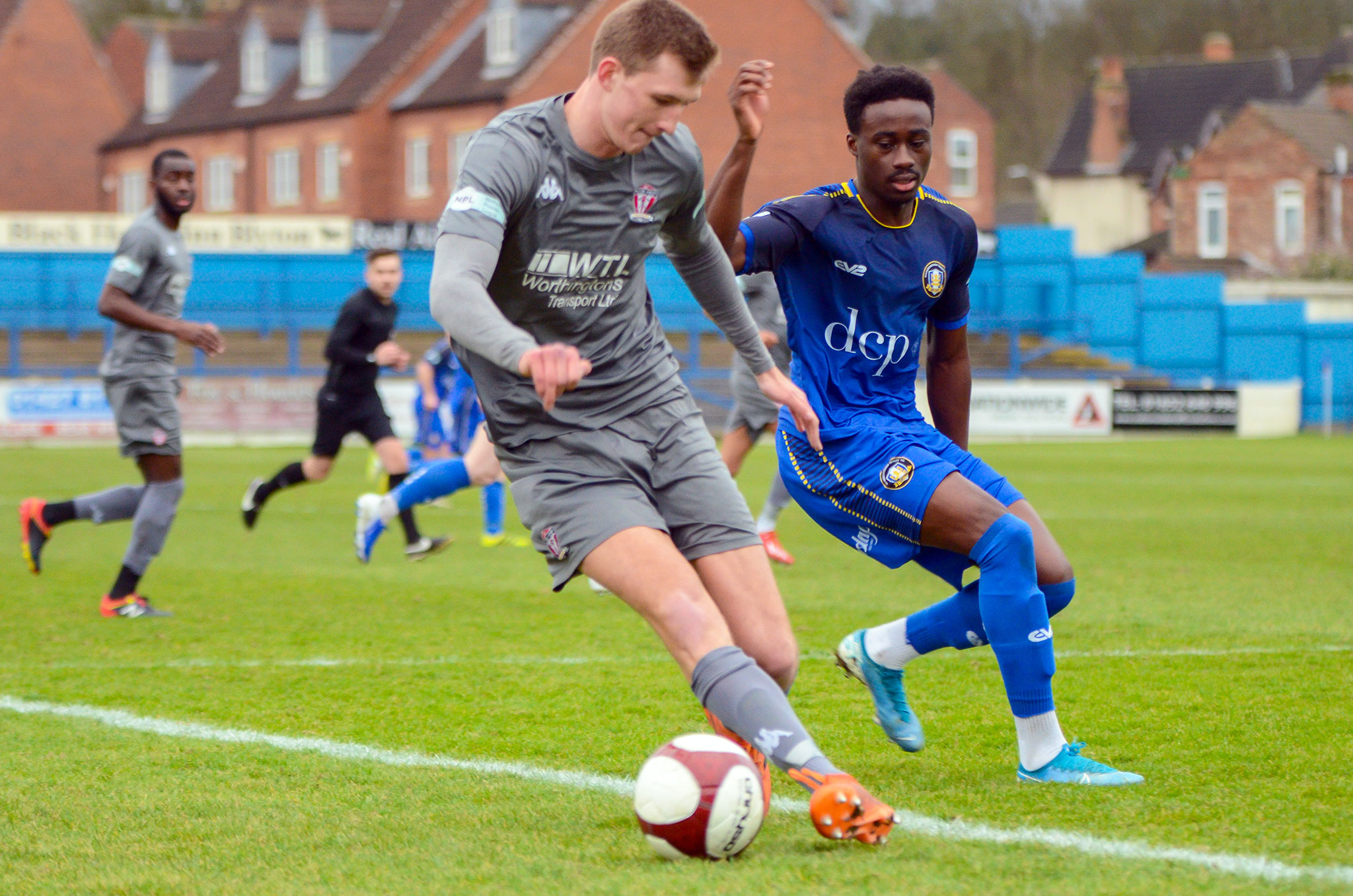 toring the home side’s advantage. Kingsley James’ weighted ball over the top wasn’t dealt with by the visiting defence and the Lincoln City loanee, capitalised. Keeping the ball alive, he turned smartly to force a save from Chris Renshaw. Half time: Gainsborough Trinity 1 Witton Albion 1.

Trinity looked to come at the visitors and after a tough opening period against the elements, bossed the second period. A splendid team move, started by debutant ‘keeper Dan Wallis was finished off by Wiles, meeting Simon Russell’s pinpoint centre. Declan Bacon and Adebayo-Smith playing crucial parts in a move that saw the Blues sweep the length of the field with energy and verve that had Northolme purring.

Centre back Will Thornton capped off the scoring with a thumping strike after Russell’s corner was only partially cleared - that if there were no nets, the ball would still be travelling now! James Williamson and Declan Bacon tested Renshaw with long range efforts, as the Holy Blues threatened to add to their tally. Alex Wiles was also inches from capping his debut with a hat-trick, only to see his effort from the right apex of the box flash past the far post. Moments later, he was withdrawn to a standing ovation as the Martin & Co recognised the twenty-three year olds contribution.

There was still time for Doug Tharme to make his debut, as Trinity saw out the game and picked up that milestone first victory on a Saturday of the season. Now on to Radcliffe FC on Saturday as the Curtis Woodhouse bandwagon begins to gain momentum. Full time: Gainsborough Trinity 3 Witton Albion 1.