Seventh heaven for Blue Curtis's cavaliers continue their charismatic climb up the table with three points at play-off chasing Radcliffe to go seven unbeaten. Radcliffe 8th with a home record that read W7, D2, L2 before this one, were bound to be a tough proposition for the bouncing Blues even with manager Macken's decision to quit on the eve of the fixture. The Blues raced from the traps with the pre-match pies flying into the Mancunian skies on three minutes.

Thame weaved and teased sending a diagonal that confused centre back Rick Smith and big bad blue Gregg Smith took a touch before fizzing a low drive inside the post to the keepers' right. The Trinity movement and momentum was constant leading to a second on ten minutes. A back pass from Grogan saw keeper Martin claim at the feet of irresistible force Smith, who appealed and justly won an indirect free kick on the edge of the box. Simon Russell side-footed and Smith us 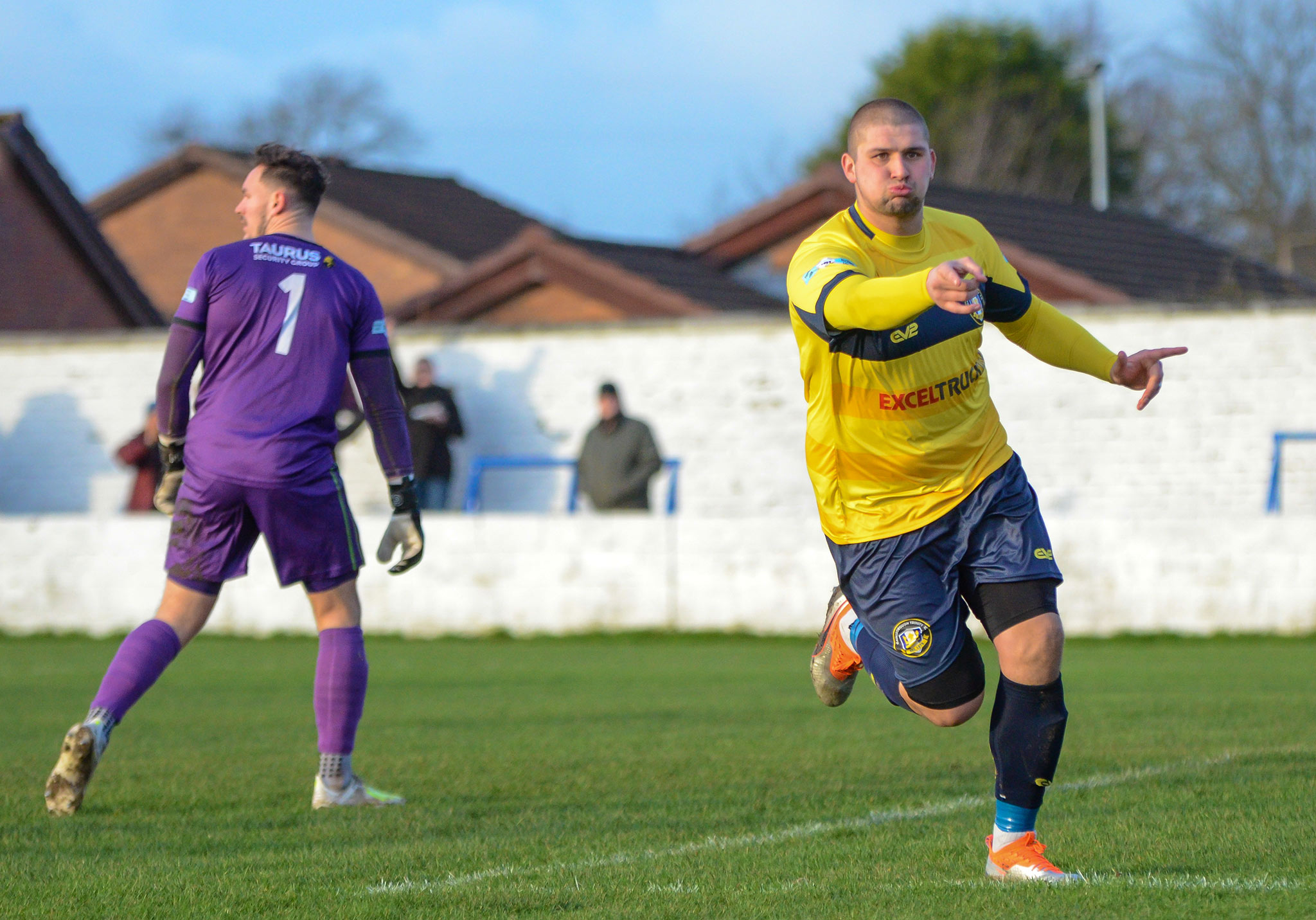 ed his right foot hammer to thump a low drive that whistled through the crowd.

The game then took on a physical edge with no quarter asked or given by both sides. On twenty-six minutes skipper Russell had to go off with a rib injury after lengthy treatment that required a trip to the Manchester infirmary. The card count would continue to rise, but this was an honest battle, not a dirty game played between two passionate, passing sides.

Haywood hit a hay-maker that was well saved by Wallis at one end while Bacon's goal-bound effort was saved by Martin. Defensive goal machine Thornton headed just over from a corner to end the half. Half time: Radcliffe FC 0 Gainsborough Trinity 2.

The free-flowing spectacle was ended just after half-time when Dolan was adjudged to have been clipped by Thame, who was given a second yellow and sent for an early bath. It has to be said, the lad can been hard done by for both his cards in this one. Curtis went five three one for the rest of the game as the battle hardened Blues held out for the win. One final cameo from Rick Smith would earn the second red of the game as he pushed Michael Williams into the ref with five minutes to play.

The effort shown by every player shows the side has the fight to grind out a result in a league where winning with style and a smile only comes from earning the right to play. Apt then that a brace from Smith, a courageous man mountain where immovable object meets irresistible force, should be the difference between the Red rose and Yellowbelly foes.