The Holy Blues were walking in a Walker wonderland after the emerging dream team plundered the coal seam on the other side of the hills. Nicky Walker's dream debut saw him net three as The Trinity train chugs out of Manchester's mining capital with 3 goals, 3 points and three bags full sir! Unbeaten in eight it’s now five wins from six for Curtis' cavaliers who continue to clickety click.

Another terrific, spirited, all round team performance saw Trinity earn the right to play on a heavy sloping pitch. Big Gregg Smith was denied another early bird opener when his header was well saved by Wharton. The keeper would later deny rasping rising drives from Bacon and Walker whilst Williams shot wide. The midfield trio of James, Williams and Wiles began to get to grips on the midfield sand bank after keeper Wills had saved superbly with his legs from a Bentham 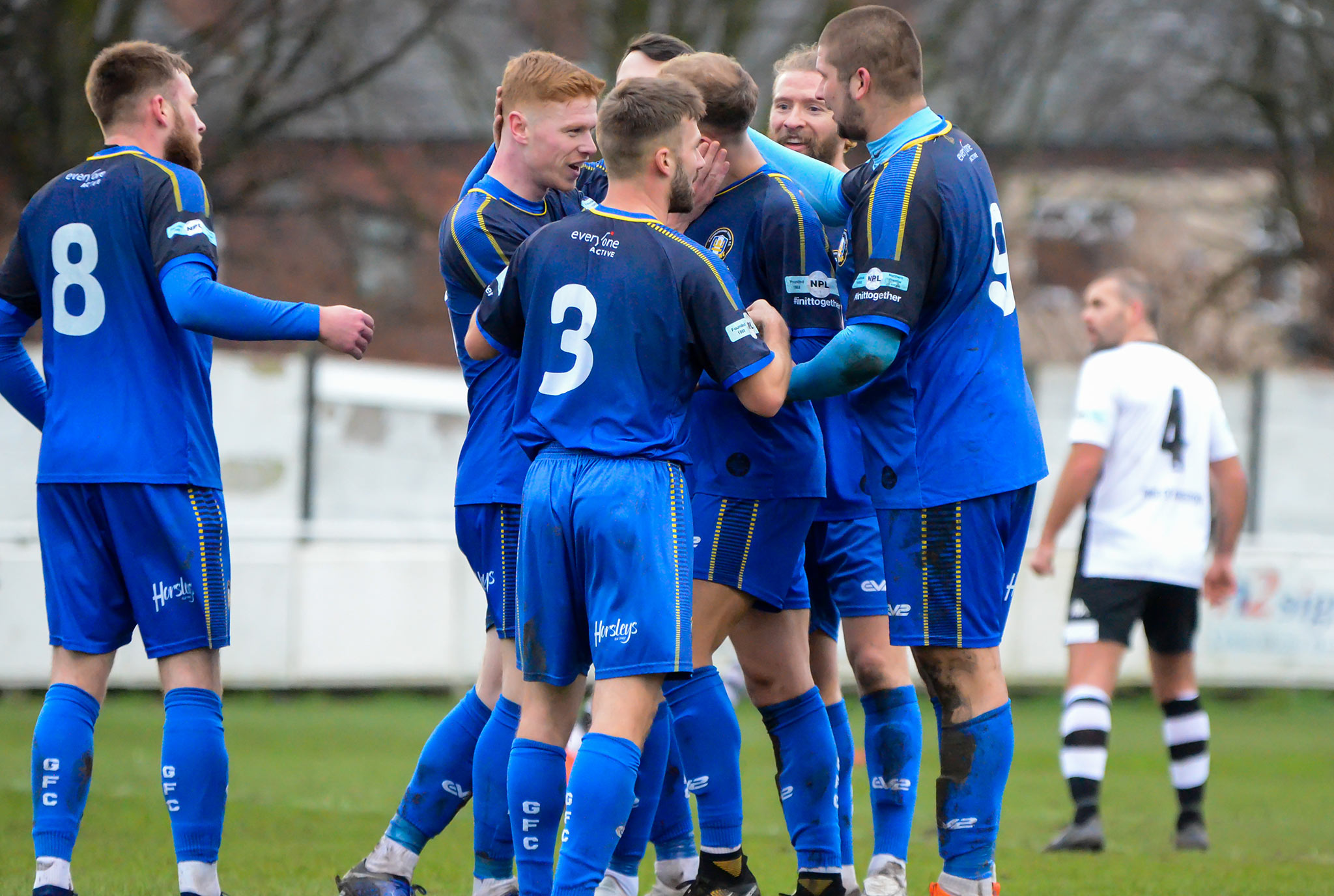 In the 18th minute the ball fell to the feet of Walker who fired low inside the far post. Five minutes later Williams was through following a four man swashbuckling counter but curled the wrong side of the far post. Atherton then began to take the initiative but the back four put the bodies on the line when it mattered to deny any clear cut opportunities. Green reads the game so much better now cutting out the danger by seeing and intercepting balls or getting at his man before they can turn.

However the counter attacking cavaliers came up with the killer second on 39 minutes with Walker again firing home from 18 yards across the bemused and helpless keeper. Half time: Atherton Collieries 0 Gainsborough Trinity 2.

Playing up the hill in the second half the Blues stood up to the hosts battle plan until the 85th minute when Peet fired into the bottom corner from 12 yards. Keeper Willis had required two bouts of treatment that would see six minutes of added time. Once again Trinity dug deeper and moved up a gear with Walker denied just as he was about to pull the trigger. Then on 90 minutes another four man counter saw Walker claim the match ball by beating the offside trap to hold off his man and fizz to the oncoming keepers right from 12 yards.

The Holy blues march goes on on on then, with high flying big spending Basford coming to the Northolme next Saturday. Can Curtis' cavaliers continue the run and achieve the unthinkable? We'll have to wait and see, at 3 next Saturday.