The Triumphant Trinity train side-tracked big spending Basford to make it four wins on the spin. The Holy Blues may remain 16th in the table but they leapfrogged second placed United to go top of the form with 16 points from a possible 18, to stretch the unbeaten run to nine games thanks to a rising half volley from Alex Wiles. Another battle of attrition saw Curtis Woodhouse’s warriors wear down the formidable foe from the other side of the Trent.

The manager, donning a lucky Peaky Blinders hat that could yet find itself residing in the Gainsborough Heritage centre, has reasoned a tall target of 15 wins (14 after this one with 17 to play) would see the play-off train tickets booked. Half time, Gainsborough Trinity 0 Basford United 0. It was seventh heaven on seventy-seven as Wiles started and finished a slick trademark four-man counter, cracking a fierce rising drive that gave the keeper no chance. It was no more 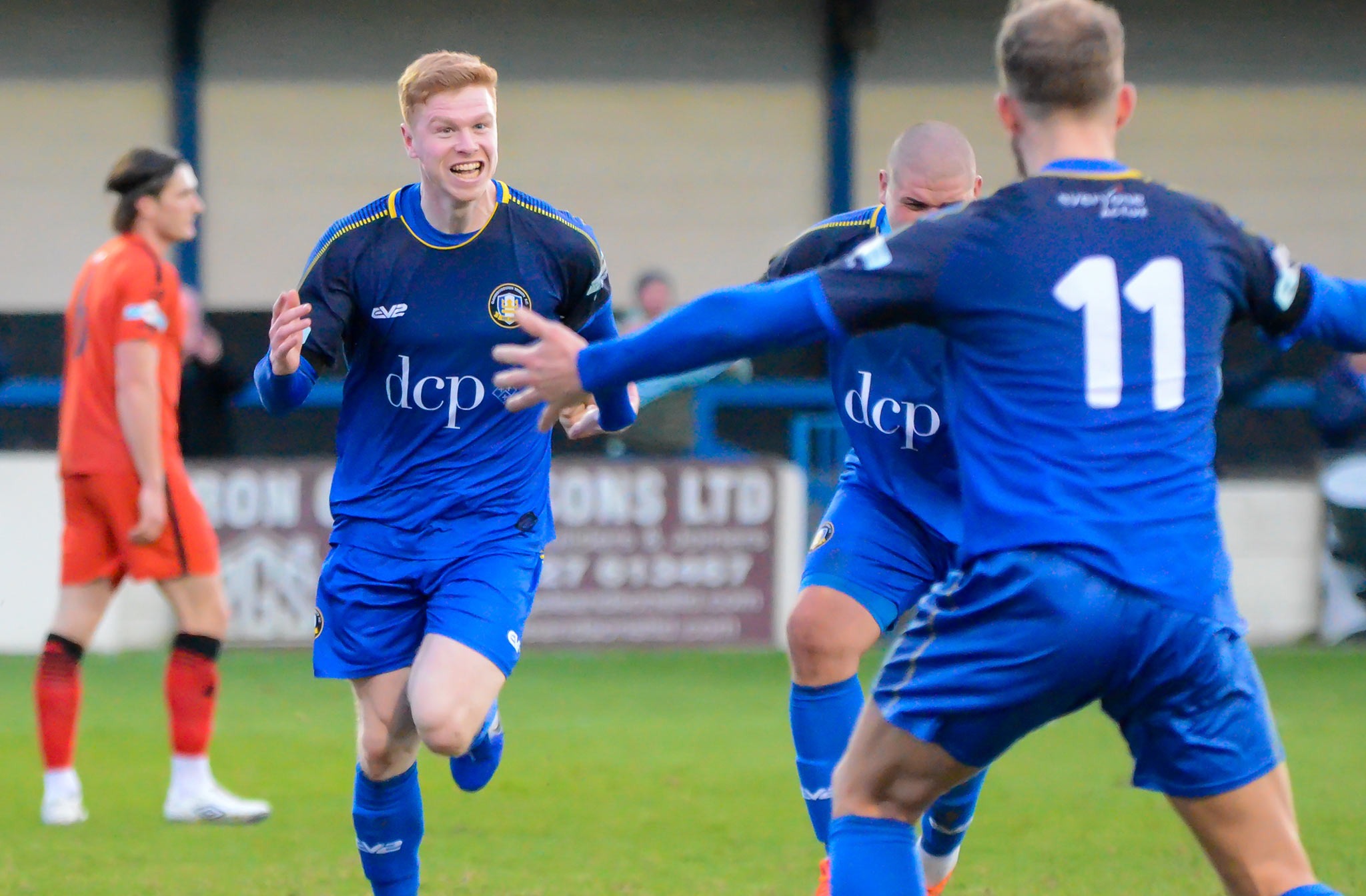 than the resolute Blues deserved, always looking to attack, despite a gale force wind, with strong and stable Smith freeing Bacon and Walker ever willing and able. Both had drives saved and were denied time and again by a United defence that could contain a box of frogs.

Again, the back four stood strong with former Blues’ hit man Worsfold given just one opportunity which Willis saved superbly. Stainfield was his normal, ever reliable self, but, the same can be said of Williamson and Thornton ever increasing threats in either box. Green deserved the man of the match for keeping Richards quieter than the Parish church mouse. The midfield matadors James, Williams and Wiles all battled well as a trio against the big spending visitor’s midfield quintet. Full time, Gainsborough Trinity 1 Basford United 0.

Onwards and as usual on the road to Stalybridge on Tuesday and Buxton on Saturday then.