For the second pre-season friendly running, the Holy Blues found themselves 2-0 down away from home. This time, with four minutes to play, Trinity were able to snatch a share of the spoils with the last kick of the game. Curtis Woodhouse named a strong starting eleven, but it was goalless at the break, former Trinity youngster, Lewis Bemrose looking lively for the home side. He saw a penalty appeal waved away by referee shortly after Trinity had the ball in the back of the net, only to see the effort ruled out for offside.

Gregg Smith pivoted on a six pence, but flashed his effort wide of the angle as the half ended in stalemate. Half time, Grimsby Borough 0 Gainsborough Trinity 0. After the break, both sides made changes, with Borough strong in the tackle and looking to get on the front foot. It was indeed the home side who would break the deadlock, Brody Robertson slotting home twenty minutes from time after a lapse in concentration gifted the former Cleethorpes man the opportunity to p 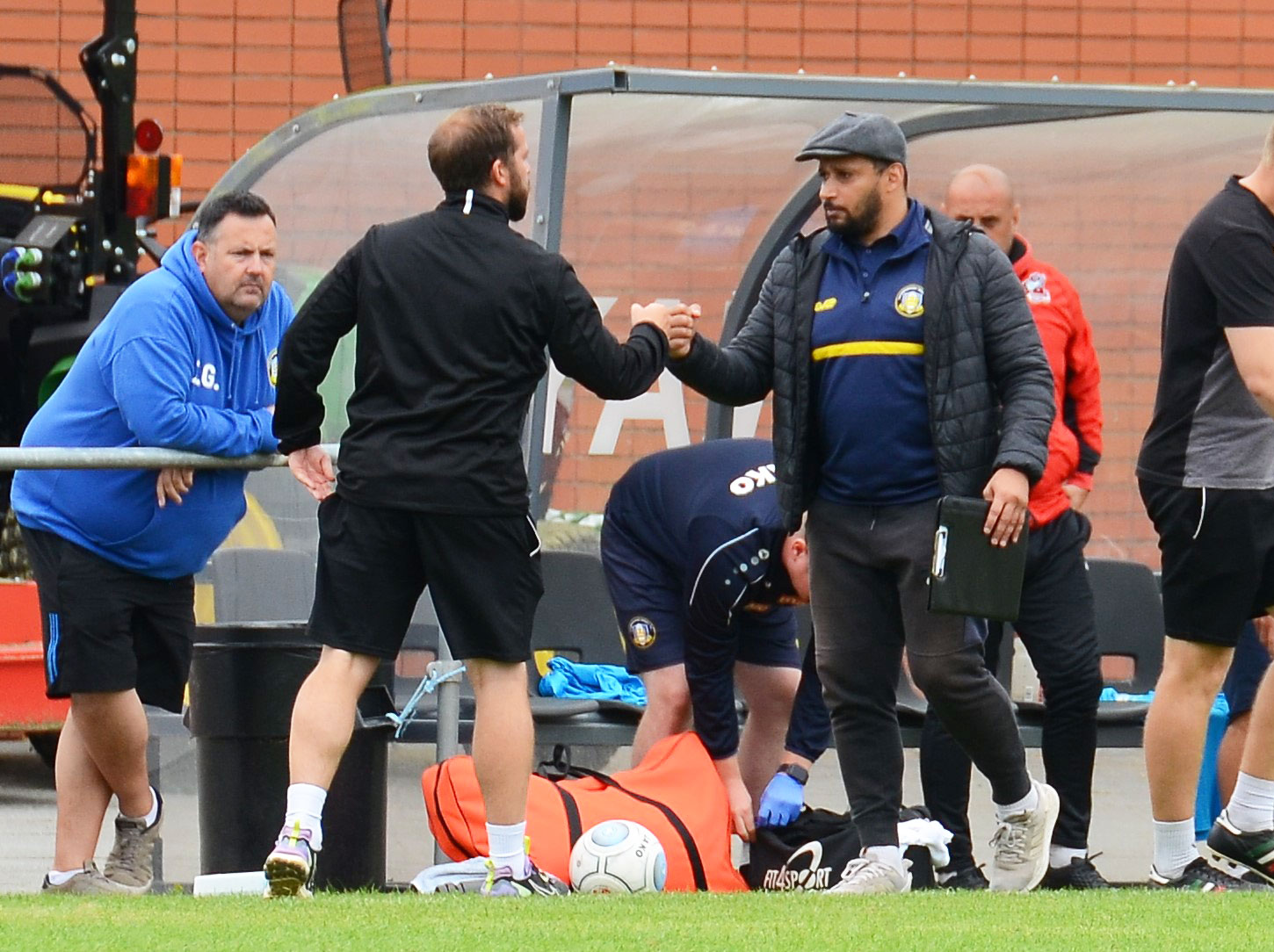 Grimsby looked to add to their tally, but James Leverton was down smartly to his right to stop Harry Burke's deflected effort. Sam Barker started to pull a few strings in the middle of the park, but the Holy Blues' finishing was wayward, and when a ball from the Gainsborough left found its way all the way across the 18 yard box to Boro substitute Jack Bradbury, he struck a crisp finish beyond Leverton.

Not to be beaten, Trinity, under Curtis Woodhouse didn't give up. And when a substitute trialist played a neat one-two with Barker, the trialist dinked a sublime lob over the home 'keeper to reduce the arrears. Deep into time added on, Rod Orlando-Young won a free kick on the right. He himself took the free-kick, and despite some brave defending and the intervention of the cross bar - the ball was eventually poked home at the third time of asking by a second unnamed trialist. Full time, Grimsby Borough 2 Gainsborough Trinity 2.