Gainsborough Trinity lost by a solitary goal to nil in Warrington, in the Pitching In Northern Premier League on Saturday. Grivosti’s goal on 52 minutes deciding the fixture, where Trinity weren’t at their best, but still gave a vastly improved collective performance away from home, giving hope that the elusive first victory on the road is just around the corner. Head Coach, Tom Shaw made two changes to the side that beat Morpeth in midweek. Neal Bishop returned in the engine room, while Cieron Keane replaced Hayden Cann. Isaac Rice shuffling across to centre back. There was a place on the bench for loan duo Harry Jessop (on loan from Scunthorpe United) and Sheffield Wednesday youngster Liam Waldron.

A bright start to the game at Cantilever Park, bathed in autumnal sunshine, saw Toby Gould see a twenty-yard rising effort sail over the bar, before James Bailie saw his effort rebound off the foot of the post after he had driven forward from right back. Bohan Dixon was lucky to stay on the park for a late challenge on Neal Bishop in the middle of the park, soon after, he clipped Joe Wilson on one of the wing backs’ surges forward. The referee poised to blow for the free kick instead waved play on, as he looked to take a mental note of the tall number eleven. With play allowed to continue, no further action was taken. The travelling Trinity absorbed the aerial threat of Josh Amis, the focal point of the Yellows attack. Charlie Jemson again standing up to the physical threat of the opposition. And having ridden the pressure of the high-flying Town attacks almost had a half time lead to protect.

There was controversy on the stroke of half time though, when Bishop had the ball in the net. With the goal awarded, the Warrington players surrounded the officials and after much consternation, Mr Brown and his assistant conspired to chalk the goal off for a foul on goalkeeper Dan Atherton. Neal Bishop appearing to nudge the ball out of the goalkeeper’s hand as he switched off, having aborted a rushed attempt at launching a Warrington counterattack. The controversy su 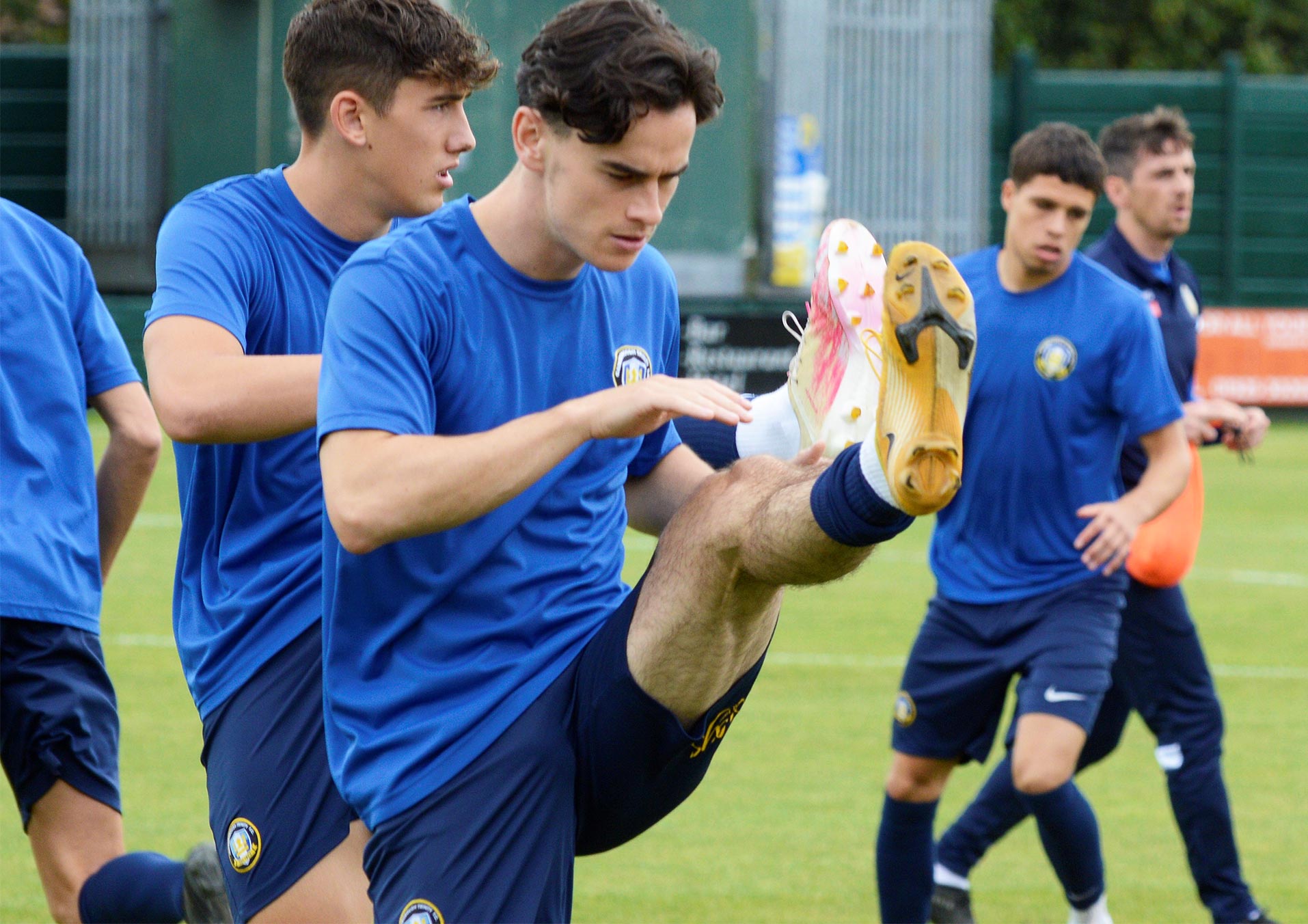 rrounded the goal being given. And then overturned following the intervention of some disconcerting voices. Perhaps the decision was correct. The journey to reaching that decision less so. And Trinity’s joy would be short lived.

Early in the second half, Matty Grivosti’s through the ball cut the Gainsborough defence square, Jordan Buckley raced past three, but as the chance looked to have passed him by, he had the presence of mind to tee up Grivosti for what would be the only goal of the game. Slotting home as Trinity defenders retreated.

Matt Yates’ half punch fell for Buckley leaning back, who saw his effort fly over the bar as the home side looked to extend their lead, but despite Trinity not being at their fluent best for long periods, they defended their goal well and looked to get themselves back in the game.

Trinity made a double change shortly after the goal, throwing on Harry Jessop for his debut, and Alex Wollerton for the final half an hour. With George Hornshaw busy in the middle of the park, trying to dictate the play alongside Bishop the duo got through a tremendous workload, before Hornshaw showed his versatility as he slotted in at wingback when Wilson was withdrawn with a quarter of an hour to play.

Ten minutes from time, both goalkeepers earned their corn. A sensational save by Atherton kept his side in front, spreading himself brilliantly to keep the visitors at bay. His shocking full orange frame filling the goal, twice denying Grayson from point blank range. Jemson then lacked his father’s finesse in front of goal, when he too couldn’t find the back of the net, despite being deployed further forward in the closing stages, as the Holy Blues chased an equaliser.

Matt Yates then twice did brilliantly, first saving bravely at the feet of Jordan Buckley and then to deny Luke Duffy from point blank range, when the late substitute was afforded too much room after clever play from Amiss to create the space. The visitors kept searching for a way back into the game but lacked the final ball and that was the key to Warrington securing all three points and Gainsborough now turning their attention to Tuesday night’s trip to Basford United as the hunt for that first victory on the road continues. A much improved performance this afternoon for Tom Shaw’s men – but performances are secondary as results are  now the order of the day.