Gainsborough Trinity Reserves: Round Up

In November, along with three other clubs from the Lincolnshire League, The Gainsborough Trinity Reserves applied for promotion, which could potentially see them promoted to the Northern Counties or UCL respectively. The team know they have a very difficult run, however even after a difficult December period, where with several injuries and some lacklustre performances, the young Blues have turned a corner and started 2020 well with three victories and three impressive clean sheets.

Winning the title and gaining promotion is still firmly within the young sides’ hands, in simple terms, with ten to play, win ten games and champions. However, we all know football is not that straight forward! Until the end of the season, like always, the young Blues will look at just the next game in front of them, with week in, week out progression always the focus. January saw the management team of Steve Hutchinson and Lee Green review the strength in depth within the squad, after losing a couple to injury and a couple that did not want to continue on their journey with us.

This resulted in the duo adding to the squad, some experienced heads to support the youngsters. Both Lee Bognor, an experienced striker, and Ashley Holland, a centre half with considerable knowhow, have joined the ranks. These signings were supplemented with the recruitment of a couple more additions, seeing the Reserves dual register a couple more talented individuals. Young keeper Adam Hicks joined from Retford FC, while Josh Nichol arrived from Skegness Town, having previously played for Lincoln United in the BetVictor Northern Premier League Division One.

As the side embark on an exciting climax to the season, boss Steve Hutchinson remarked, "The aim from the offset, which has not changed, was to develop and see the young lads progress, week in, week out. It’s been great 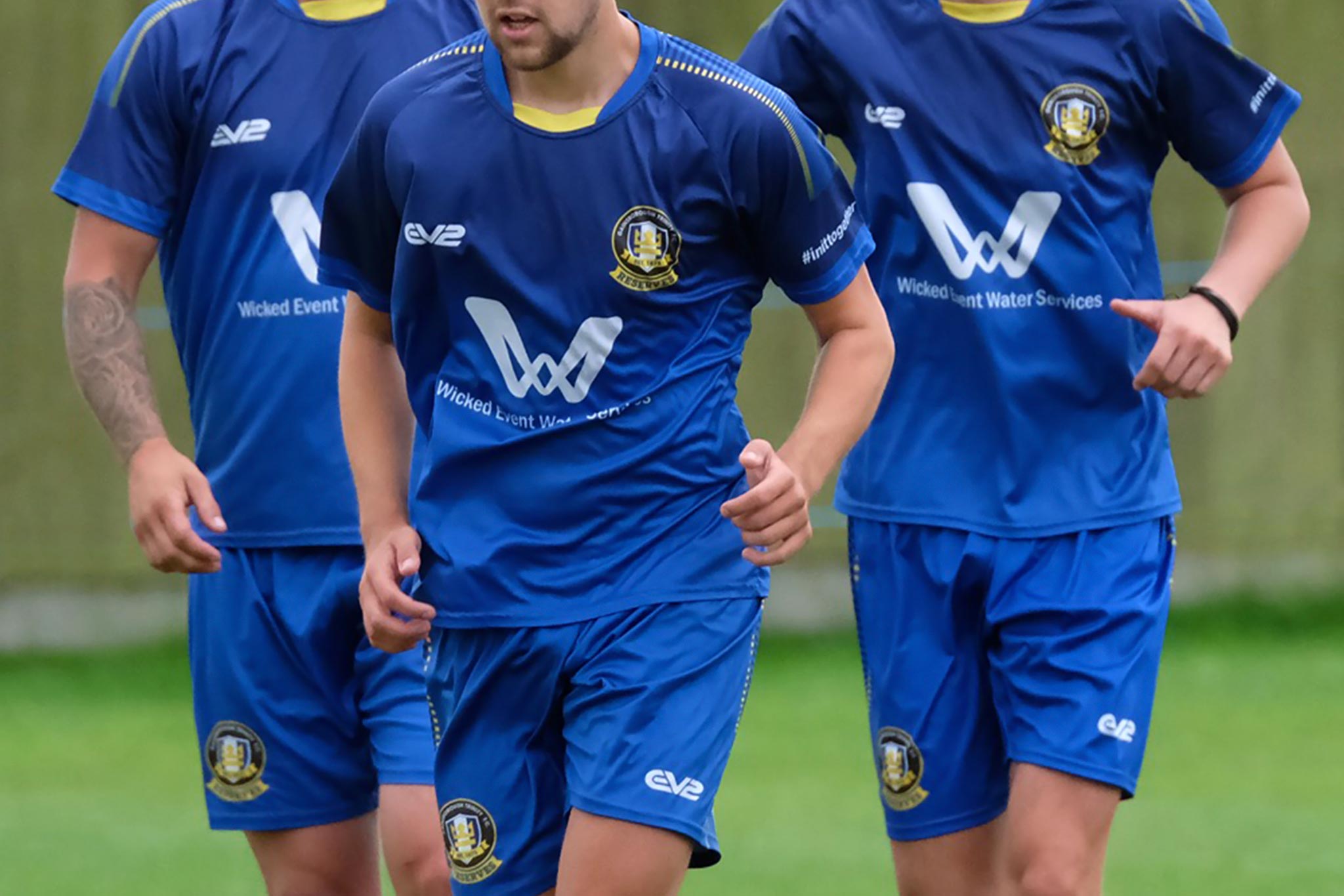 to work with the young lads and the experienced players around them. The season has seen several of the lads get opportunities to show the First Team Management what they can offer."

He continued, "A proud moment for myself and Lee (Green, Assistant Manager) was when we had seven lads involved in the first round of the Integro Cup, all of those playing that evening doing themselves proud. The side held a strong Spalding United side to a goal-less draw before winning on penalties, to progress to the second round."

"Further opportunities have developed and the young, hardworking Nuno Pereira saw himself gain first team league minutes last weekend, as he travelled to Radcliffe FC and was involved as they won 0-2, extending their unbeaten run to seven league games. This was again another proud moment for myself and Lee, and no more than the young man deserved."

Hutchinson closed by appealing for the Gainsborough public to come out and back his young side, "We are under no illusion, it’s going to be difficult, but with us having six home league games, we are crying out for the home fans to get behind us and support the lads. You could really be that 12th man and make a massive difference." With improved fortunes on the field at First Team level and with the Reserves fighting for a title and promotion, there is no better time than to be a part of the Trinity Family, so get behind football in Gainsborough and let’s see just how far we can go!