As Gainsborough Trinity Under 21s got their pre-season up and running, Manager Brad Wright was pleased with what he described as a great experience for his young side playing against Macclesfield Town’s International Academy U23s. Up against players from all over the globe, at the Leasing.com stadium. After just one session compared to Macclesfield being full time, the Trinity youngsters applied themselves to hit their levels.

In summing up Brad declared, “Tactically we were brilliant, we gritted out the tough moments in the game, had good large spells of our own and leading the game for the majority to concede in 90+4 minutes, also finishing the game with six 16 year olds on the pitch, gives me a great feeing of pride that a group of lads from in and around Gainsborough, expressing themselves and challenging themselves against some top draw technical players, promises a lot for the upcomin 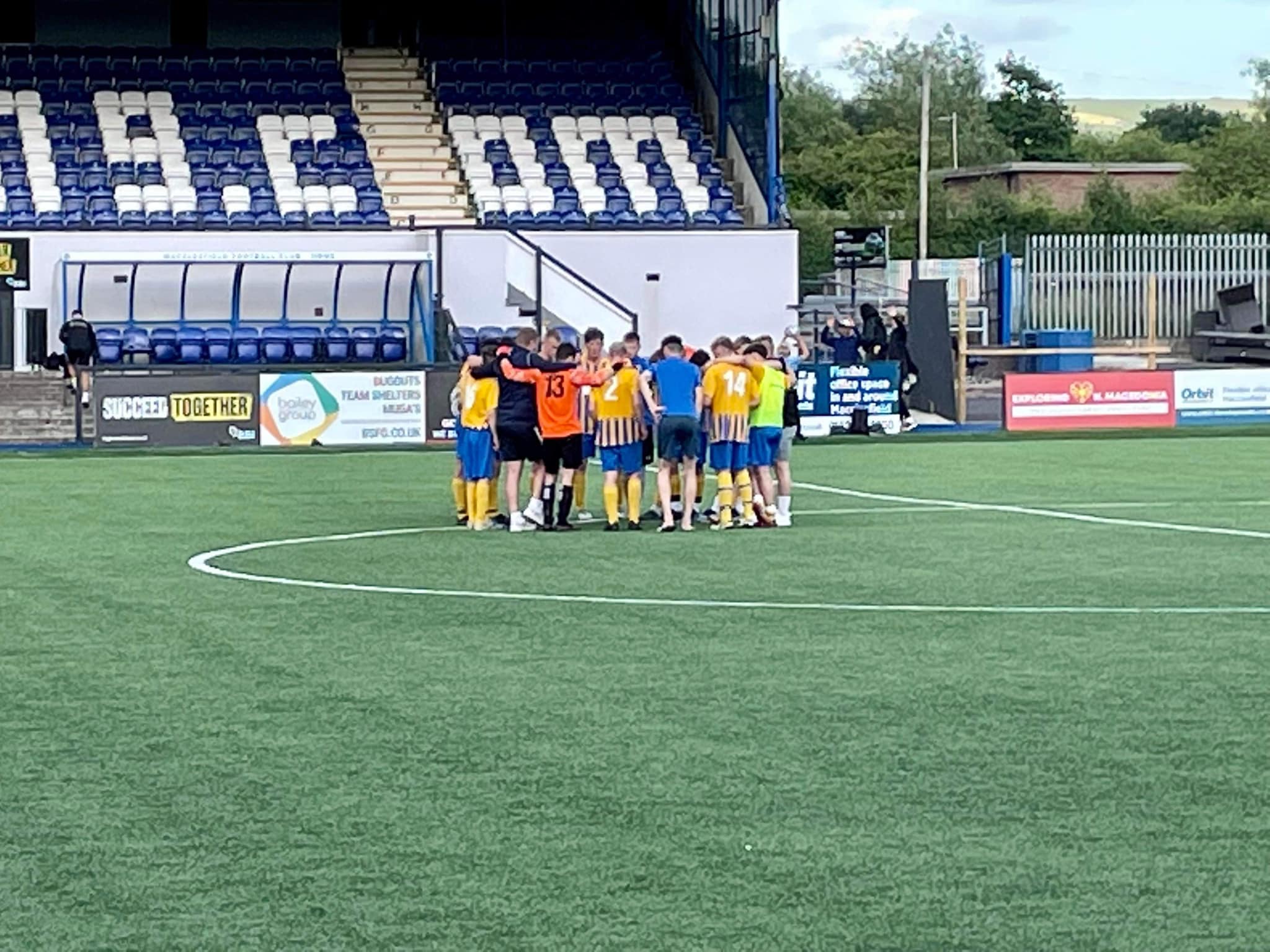 “I’m really pleased with the whole performance yesterday and the way the lads applied themselves. Of course, it was disappointing to concede so late on after a very good performance but it’s still early door in pre-season.”

Taking the lead through Tommy Dunderdale, Brad gave an insight into the goal, “I’ve got to give a little bit of credit to our Goalkeeper Coach Blake Cauldwell, some of the bits he added into training, we were patient with the ball around our back line, Ted Gibbons passed the ball into Josh Fraiwald who turned on the half way line, he found the gap to feed Tommy through, and he shot across the keeper into the far corner.”

A goal at 84 minutes might have secured the win for the 21s, but it got disallowed, “It was another good move around their penalty area, young Jenson (on his debut) managed to get onto a Josh Fraiwald ball and found the far bottom corner. It was disappointing as he ran from behind the two CBs, but we have to take it on the chin and move on.”

Conceding in stoppage time was sickening for the youngsters, “At the time in the game, the goal came out the blue. We were seeing the game out, it seemed to go on forever, a cross came in and the ball got stuck between their striker and our centre back, the ball ended up creeping into the corner. The game was played like a cup game, not a pre-season game so we just had to be switched on constantly.”

“Overall the players performed to a very high standard and every play from the 21s played over 60 minutes so we were happy with their fitness levels in a high intensity game. Obviously, we had a few 19s with us who completed 30/45 minutes each too. Due to illness the day before and on the day of the game, Dylan, Fin and Jenson got a late call up and performed really well and didn’t look out of place at all. The senior players talked them through the game well.”

“We have a few weeks until we play Collingham so we will just pinpoint bits from the game to work on when we watch it back. We will make sure everyone is up to speed and start looking at how we will shape up and bed the new players in to how we work. The one thing I will take from the first game is the way we applied ourselves for 90 minutes, when the attitude is right, we shouldn’t have an issue.”

Brad Wright was talking to Kate Simmonds following the action