Following the Holy Blues' progress in the Emirates FA Cup on Tuesday evening, courtesy of Kingsley James' solitary strike, Trinity return to BetVictor Northern Premier League action with a tricky trip to Wincham Park to take on Witton Albion. Kicking off at 3pm on Saturday, Albion start the game in 11th position, with a return of eight points from five games. Gainsborough sitting six places and four points below our hosts.

A couple of determined performances in FA Cup clashes with Banbury United will have given Trinity confidence of an up-turn in league form. Nathan Stainfield and Ashley Worsfold are expected to be fit and available for selection having missed out during the week through illness and injury, as Liam King has virtually a full squad to select from. "It is what Ross and I wanted when recruiting in the summer, to have a squad of players that could compete. It's good to hav 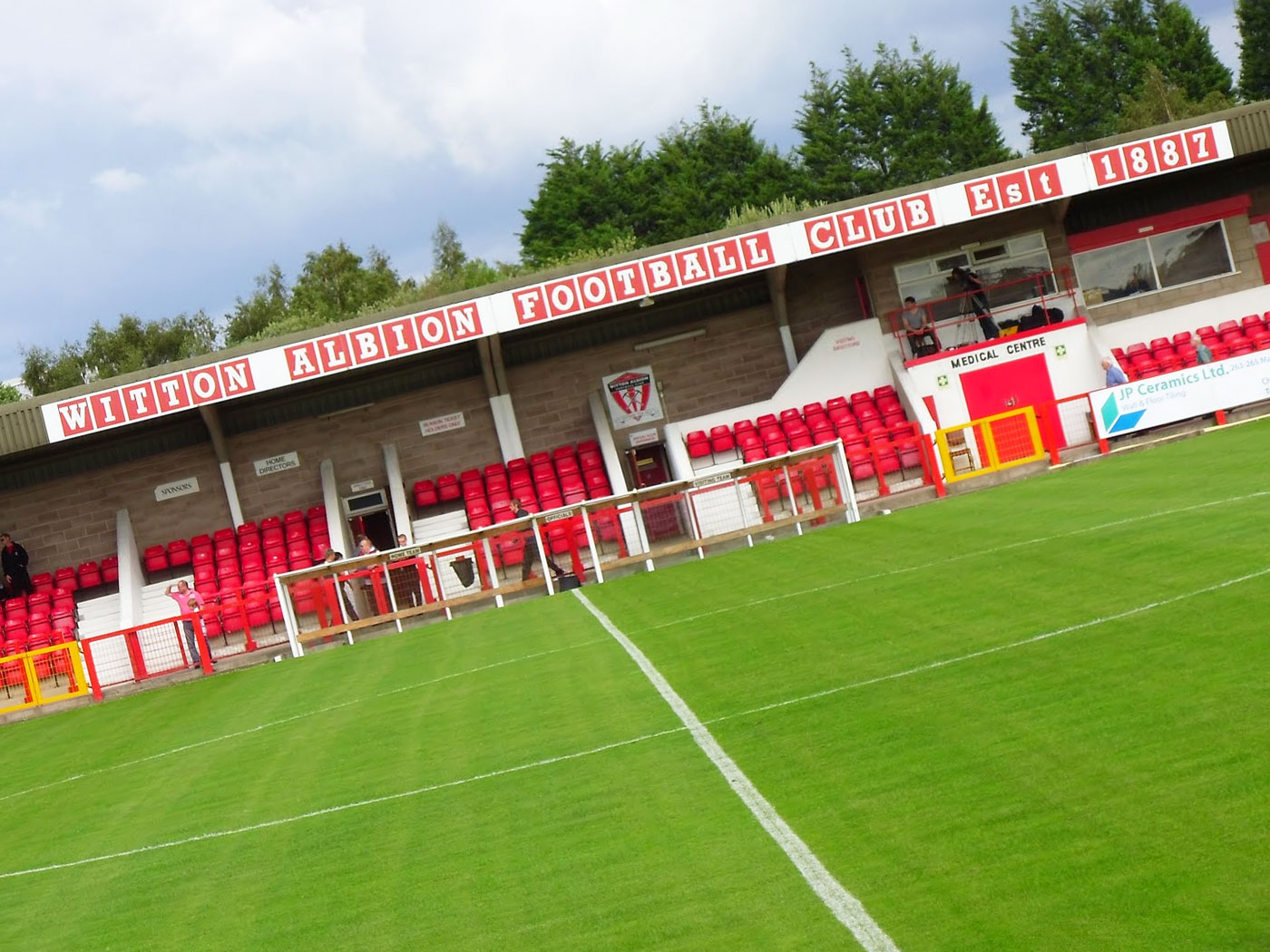 e a selection headache with everyone challenging for a shirt. The games are coming thick and fast, but are focus is now on the Witton game and getting our league campaign kick started.

We have put in some good performances, but not got the results we perhaps felt our performances warranted. That just makes us more determined as a group to put that right."

Witton, managed by Carl McCauley, go into the game with two wins from two on home soil. Wincham Park is a tough place to go under McCauley's reign. Albion getting something out of 14 of their 20 home games last season. There was very little between the two sides last season as well, both games ending in stalemate. 0-0 away, before a 1-1 draw back at the Martin & Co Arena. This game is all set to be a battle and Liam King's men, as ever, want as many along as possible to roar the boys on to victory!

Witton Albion have spaces for over 150 cars at the ground. Parking is free of charge. By train, Witton's nearest station is Northwich, with trains to/from Manchester, Chester and Crewe. The ground is located just a mile from the centre of Northwich, a 5 minute cab ride or 20 minutes’ walk from Northwich station.