Gainsborough go into this Non-League Day off the back of a 7 goal thriller against Basford United last weekend. The Holy Blues found themselves 4-1 down, before pulling the game back to 4-3. Tomorrow sees Atherton Collieries visit the Martin & Co Arena, who are also coming off a loss to league leaders South Shields. The away sides' last victory came on the 14th September against Stalybridge Celtic. This game sees 19th face 20th with both teams on 8 points, and the chance to climb the table and hopefully reignite their seasons. Atherton have only won one game away all season, with Trinity’s points all coming at home so far.

One thing that has been especially pleasing has been the goal-scoring form of Simon Russell. The experienced midfielder has now scored three goals in three games and will be looking to continue this tomorrow. While assistant manager Ross Hannah has now scored twice in two games. Myron Gibbons is set for his home debut having impressed last weekend, scoring in the 4-3 loss. Ashley Worsfold will not feature due to serving the last game of his ban, but will be available fo 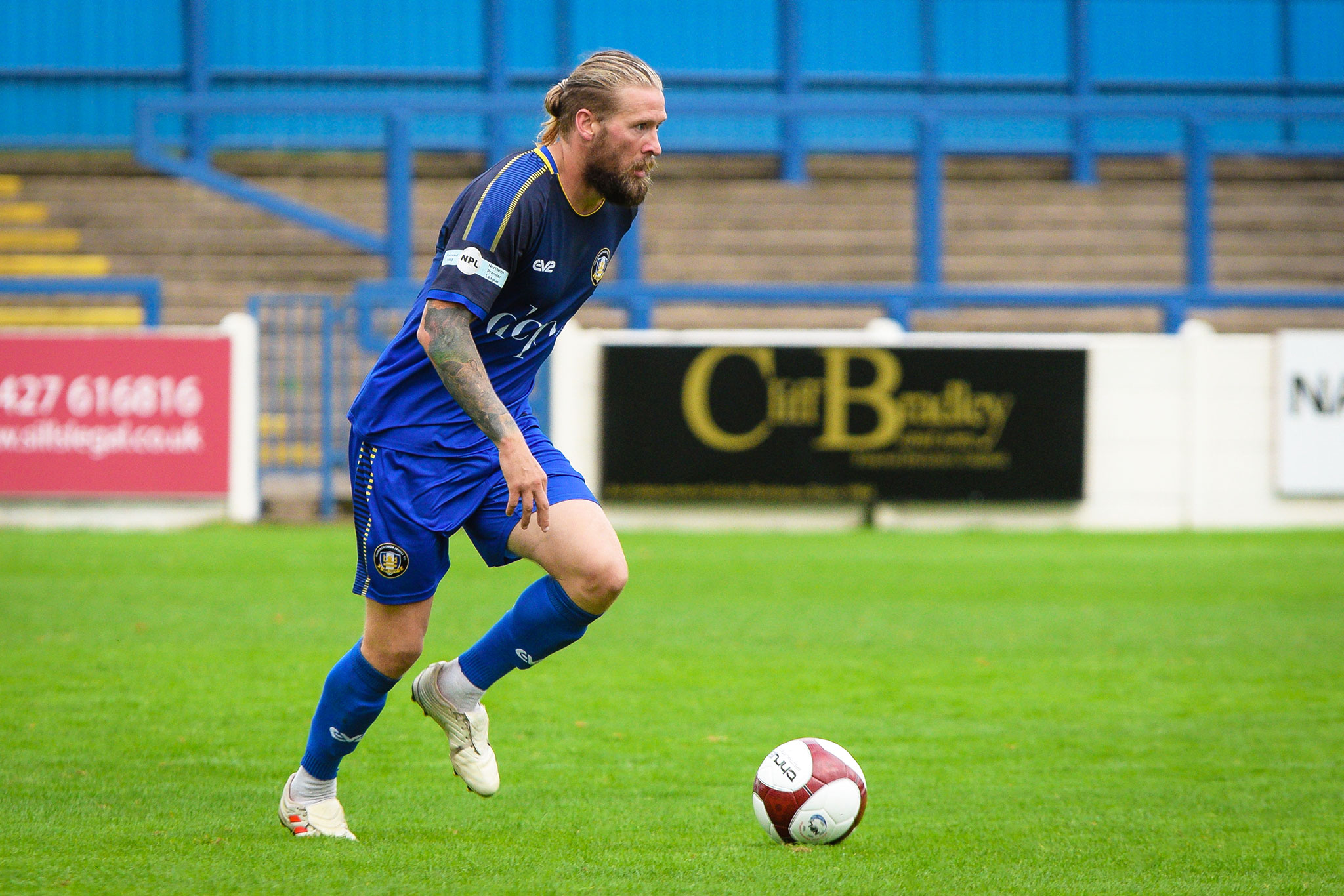 r selection against Buxton, one of his former clubs, on Tuesday night. Goalkeeper Joe Green has also moved on by mutual consent this week, with Gainsborough wishing him all the best for the future.

This game will see Trinity debut their special pink kits, in support of Breast Cancer Now, who support sufferers and aid current research. The club are asking fans to turn up in pink to show their support. Anyone who has purchased the special limited edition kits are invited to join the team, at the ground for 1.30pm (Saturday) for a photo opportunity with the players.

Fan favourite, Simon Russell looks ahead to the game as he stresses its importance: "It’s a big game for us tomorrow, I think these next three home games are key for us, so we will look to take advantage of them. If we cut out the silly errors that have been costing us, it’s plain to see we have more than enough quality going forward to create and score chances."

The mood in the camp continues to be high, "We are positive and training this week has been really good and really sharp so it’s up to us as players to take that in to tomorrow. We need a win and I’m sure the fans will be right behind us always to help us get it." Scholesy also touched on the wearitpink initiative sweeping Gainsborough and the UK in general this week, "In terms of the pink shirts it’s a really good idea and like everything it’s all about raising the issue and in terms of getting checked. Let’s hope that it can raise awareness around the club and also a lot wider for a very important issue."

A matchday programme double header is on sale, priced at £2.50, featuring Jamie Green's Big Interview, From the Archives and BBC Radio Lincolnshire's Dale Storey with his view from press bench. Admission for the match is priced at £12 for adults, £8 for concessions and £4 for under 16’s (under 3 free). Get yourselves along and be a part of the Trinity family. Your support as always is massively appreciated!