Gainsborough Trinity are back in action again at the Martin & Co Arena on Tuesday night, kicking off at 7.45pm as we welcome Buxton FC to Lincolnshire in the BetVictor Northern Premier League, a game which pits 20th vs 22nd in the early season standings. With 31 games to play and 93 points up for grabs, as the saying goes, there is still plenty to play for as Liam King’s men look to bounce back from Saturday’s 0-2 reverse at the hands of Atherton Collieries.

Once again, King’s charges will be donning the pink shirts, in aid of Breast Cancer Awareness (Wear It Pink) as two points separate the sides that finished either side of the play-off marker last season, thus proving that football is a funny old game. In Trinity’s six home games to date, two of each have been collected. Two wins, two draws and two defeats, whilst Buxton’s away record has seen them win one, draw two and lose three from their six games on the road. 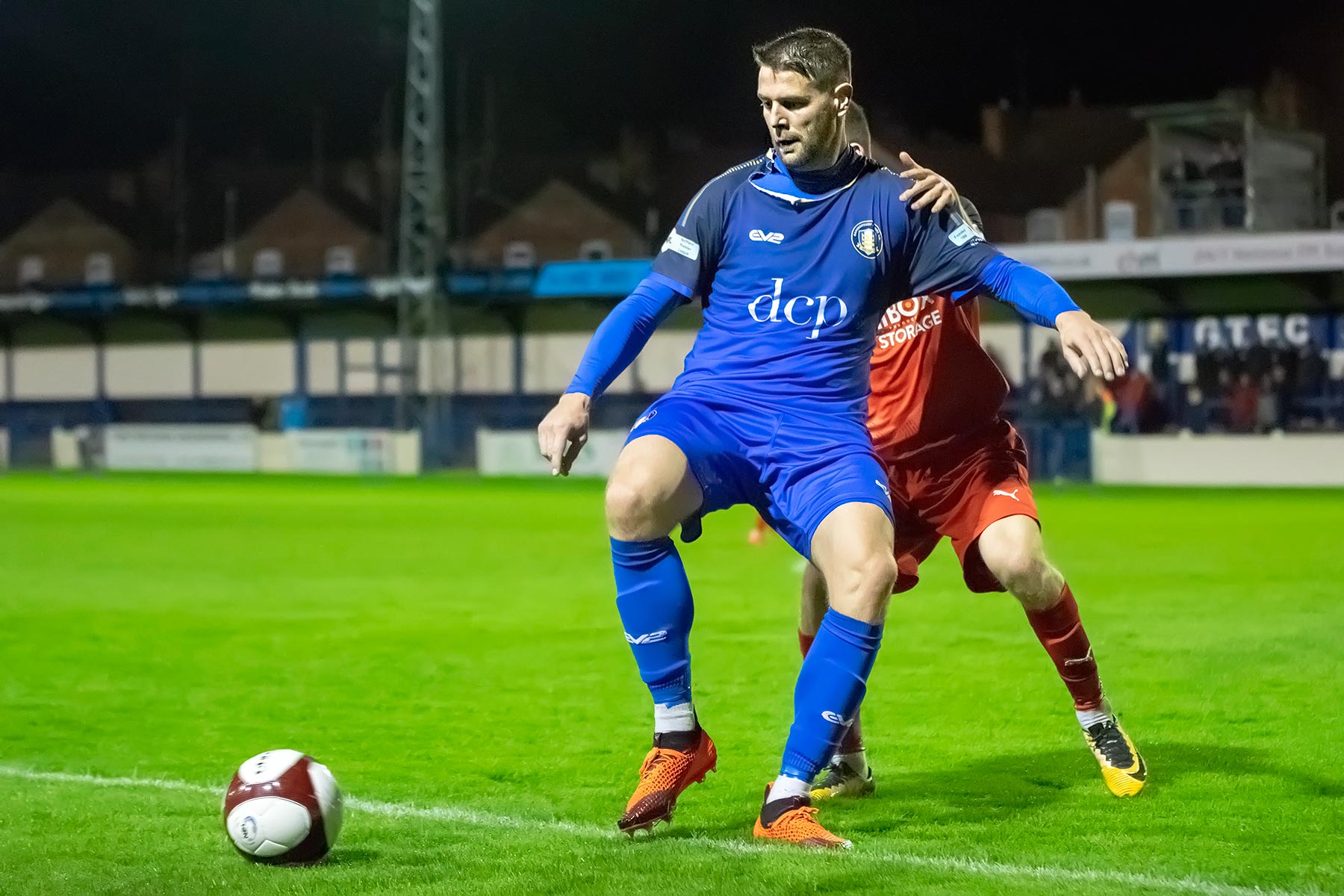 On home turf Buxton have certainly shown they are capable of finding the back of the net, a 5-0 FA Cup win over Corby and a 7-0 mauling of Lincolnshire rivals Grantham Town are testament to that, though a 7-0 loss away at FC United of Manchester really shows that when you think you have seen it all, something else pops up!

Five goal top scorer, Ashley Worsfold is available following suspension, ready to face one of his former clubs, while Gavin Allott is expected to be available for selection. Of the game with Buxton, Liam King expressed his desire to put things right, “Buxton is an important game. I am starting to sound like a broken record, but we have got to take points from the game and put points on the board. Obviously, Saturday’s disappointment has to be put right tonight. Ross and I are trying everything we can to put things right and will continue to do so on and off the field. Keep behind us, we will turn this around.”

Actions speak louder than words though, and the Blues will be looking to demonstrate those actions on the Northolme tomorrow evening. Do everything you can to get down to the ground in numbers - and cheer us on!

In other news, Gainsborough have been given a tough away tie at Dunston in the FA Trophy. The draw at 1pm (Monday) sees the Holy Blues make the trip to the North East on Saturday 26th October 2019.