The Holy Blues have accepted a significant four figure offer for leading scorer Ashley Worsfold. The forward, with six goals this campaign only had six months remaining on his current deal. The 29-year-old was given the opportunity to discuss terms and has now decided to join fellow BetVictor Northern Premier League side, Basford United. Previously a target of Stockport County and Darlington, Worsfold remained loyal to the Trinity cause, despite relegation from the National League North.

Now, with the chance to join Basford United, Ash goes with our blessing. He has always been a fully committed player, who wears his heart on his sleeve. And that is how he should always be remembered. Since signing for the Holy Blues under Dominic Roma, the forward went on to score 53 times in 143 appearances, being Trinity’s top-goal-getter in each of the last three seasons. But with the offer on the table from Basford, Gainsborough couldn’t compete with the fina 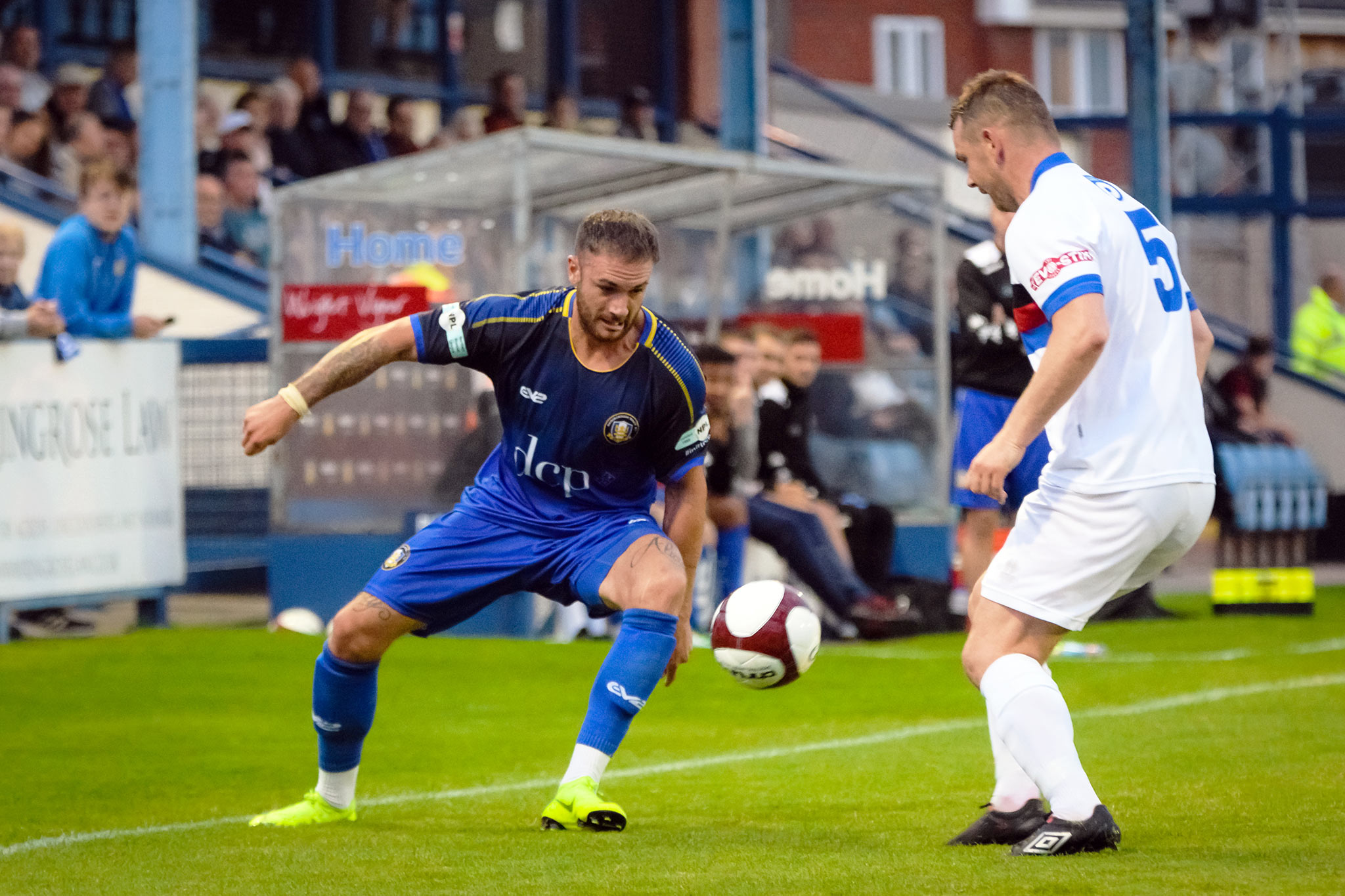 ncial power of the Nottinghamshire side.

On his decision Ash commented, "I would like to thank the fans, staff and the Chairman for the past 4 years! I have loved every minute of it at Gainsborough Trinity. Stuff like this happens in football and new managers come and go. If you’re not in the managers plans and a team like Basford approach you, the decision is kind of made. I know Trinity will be back up where they belong in the near future."

Ash’s family will also be a massive miss at the Martin & Co Arena - and at grounds up and down the country. We wish Ash and his family all the very best for the future. And send him on his way, remembering: Once a Blue, always a Blue.

In other news, Sam Topliss has also left the club with immediate effect by mutual agreement. We're sure you will join us in thanking him for his time at Gainsborough Trinity and wish him all the best for the future.