Gainsborough are back in FA Trophy action tomorrow where they will visit Darlington. It’s been an indifferent season for the home side in the National League North, currently sitting in 14th place. However, there home form has been particularly impressive winning 5 games so far and having only lost 2. They are still looking for their first win in November, most recently losing to Football League side Walsall in the First Round of the FA Cup.

This is their first round of the competition this year. They won the competition in 2011 as substitute Chris Senior scored in the last minute of extra time to defeat Mansfield Town. Gainsborough are coming off the back of a disappointing 1-0 defeat to Morpeth last weekend in manager Curtis Woodhouse’s first game at the Martin & Co Arena. He has had another week to solidify his new style of play and integrate the new signings into the squad. Although, everyone will be 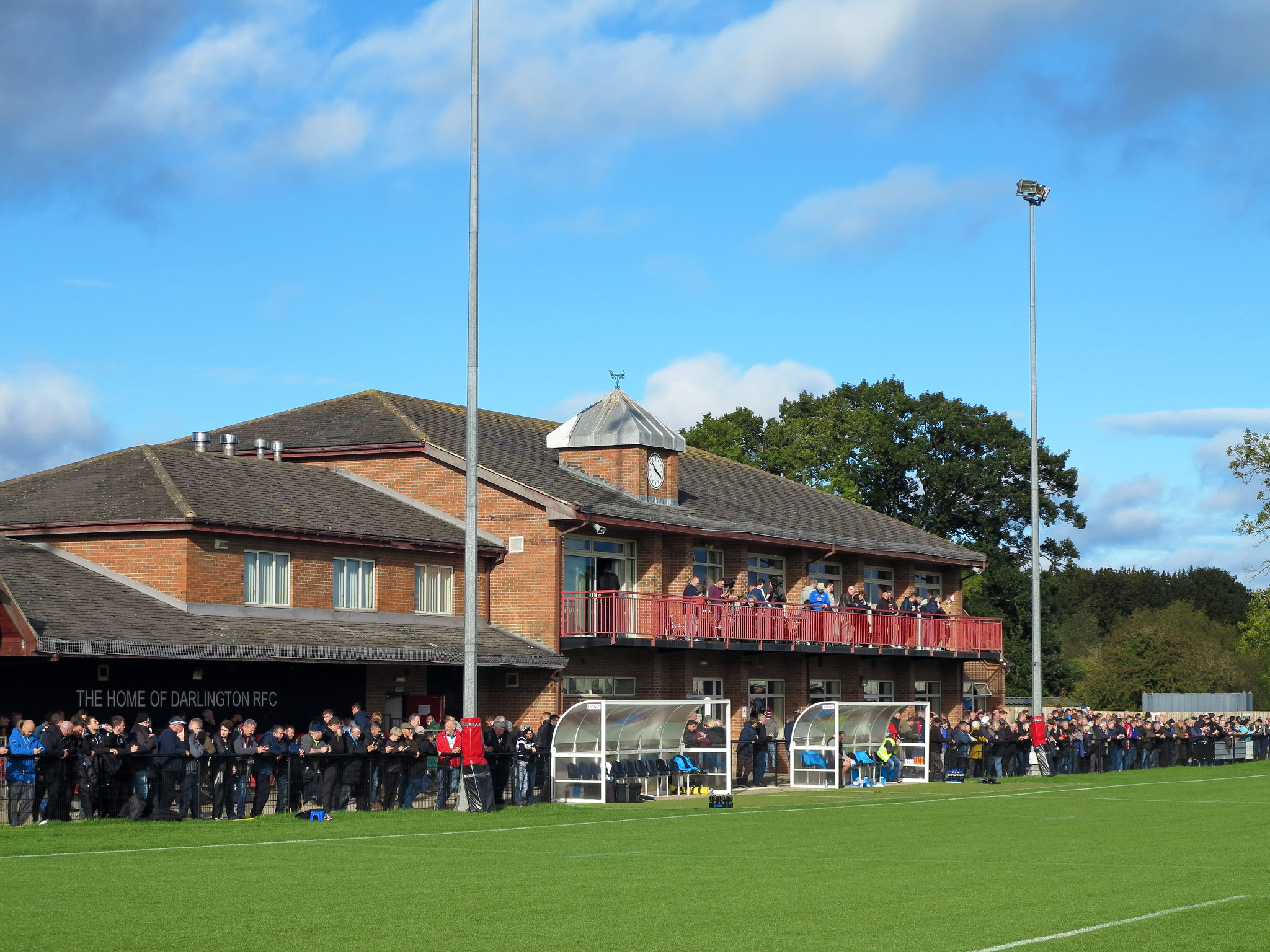 hoping that the Holy Blues can continue their good run in the FA Trophy, having already defeated Banbury and Tamworth in impressive victories.

Of the game, Curtis Woodhouse commented, "Obviously a really tough game for us against Darlington; a league above us and it'll be a really tough one. The lads have trained great all week after the disappointment of last Saturday, so we're looking to bounce back with a performance. We've got to go there full of confidence. The lads fill me full of confidence when I watch them train and perform. Although we'll be huge underdogs, it'll be one that we go into with nothing to lose really and we'll look to get the ball down and play our football. A great game for the lads, a great game for the football club. We're going there to win".

This game will not be segregated and Trinity fans can enter the ground through the home turnstiles on the East of the ground. Away fans will not have access to the east stand (main home support stand). It just also be noted that Blackwell Meadows is a no smoking/vaping ground. This game is a great opportunity for the Holy Blues to put themselves against a good National League North side. Make sure to get yourself to Darlington to see just how much Curtis Woodhouse’s side is progressing.