Gainsborough Trinity welcome Stalybridge Celtic to the Martin & Co Arena on Saturday as the Holy Blues return to BetVictor Northern Premier League action. Curtis Woodhouse hopes to have a full strength squad to select from as Stalybridge arrive full of confidence, being unbeaten in three games, sitting inside the play-offs, this one promises to be a battle, as the Holy Blues look to put the points on the board that could kick start a rise up the table.

Nine wins, eight defeats and only a solitary draw suggest there will be a result one way or the other come 5pm on Saturday night. Woodhouse certainly feels his side have prepared well ahead of the fixture, "The training sessions this week have been the best since we have been at the club. We need to get better in terms of fine margins. I didn't think we deserved to lose in the matches with Morpeth and Darlington, but they were slightly better than us in both boxes a 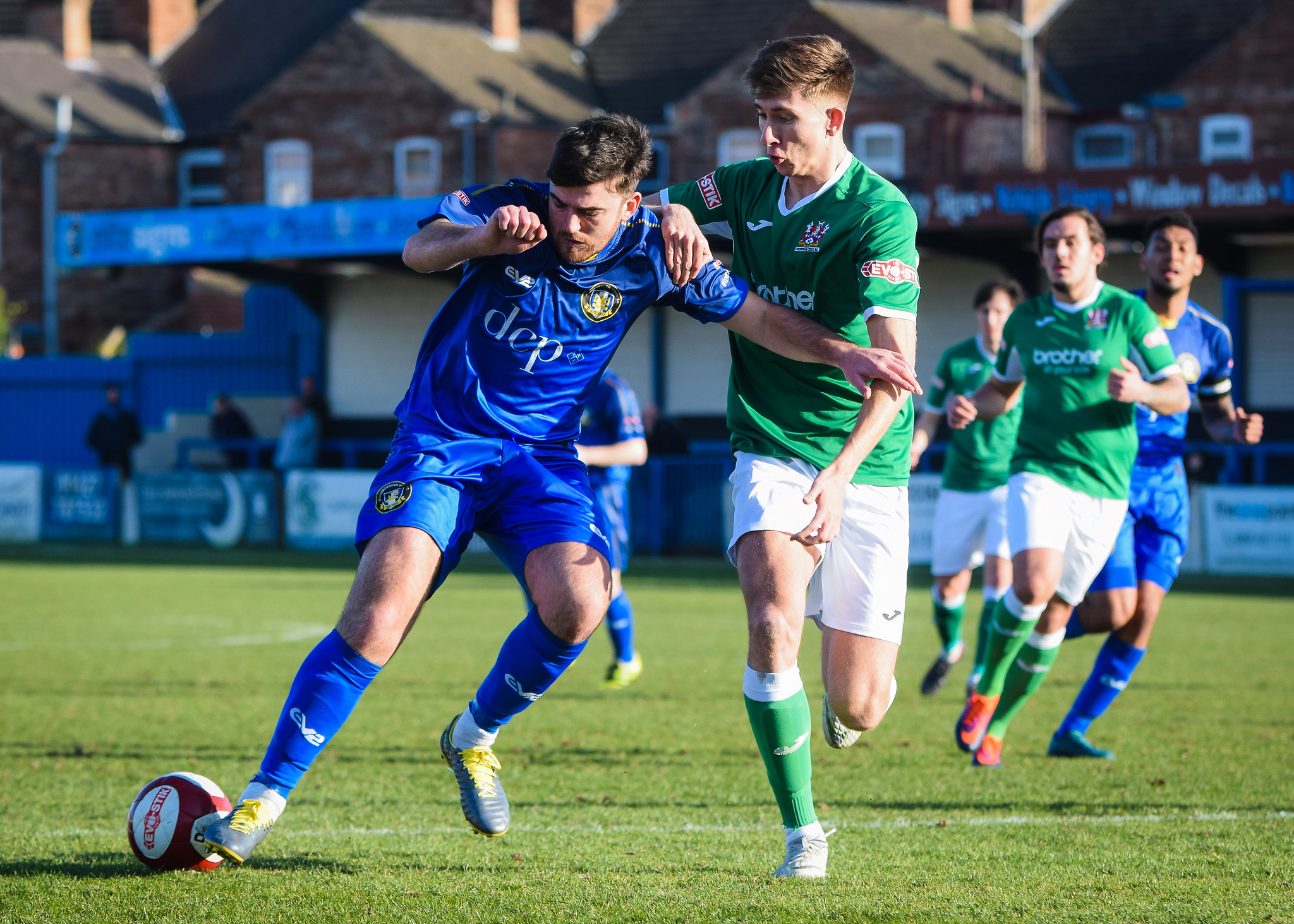 nd that is what we need to strive to improve on, if we are to be successful."

"We looked sharp in training on Tuesday and Thursday and it had a bit of needle, a bit of an edge. I'm a firm believer in train as you play. You can't just switch it on, on a Saturday afternoon. We are looking to be high energy, high octane while working on getting the ball forward a bit quicker than we have." The boss ended his address declaring, "We need the fans behind us from the first whistle as we try and get our first three points and start to climb the table."

Recent additions George Green and Micheal Williams are set for debuts, Green following his Thursday evening arrival from Boston United, a technically gifted 23 year old midfielder who has spent time at Premier League side's Everton and Burnley. Williams is available following a lengthy layoff due to suspension and being cup-tied having played for Sheffield FC in an earlier round of the FA Trophy. Both will be vying for spots in Woodhouse's squad. Liam King, who made a brief cameo in the narrow defeat to Darlington is expected to link up with the Gainsborough Trinity Reserves, as he steps up his return from injury.

It's pay on the gate for tomorrow, with adults priced at £12, concessions £8 and u16s £4. Under 3s are free. And we'd love as many people as possible to back the mighty Blues!