Gainsborough Trinity return to BetVictor Northern Premier League action tomorrow where they will face Nantwich Town at home. Gainsborough still sit at the foot of the league table, whereas the away side currently sit in 9th position after a strong early start to their league campaign. The away side come into this game having not won since the 23rd of November, while having only won two of their last nine.

It has been their home form which has been especially pleasing, winning six and only losing twice, and it has proved to be a real fortress. Last time out they came back from 2-0 down at half time to Buxton to earn a point at the Weaver Stadium, where they arguably could have nicked a win at the death. The Dabbers have a good blend of youth and experience. With a few well recognised names in their side, most notably former Stoke City and Jamaican international striker Ricardo Fuller, who re-joined the club this season and has scored one goal. The 40 year old is now in his second spell at the club since leaving Oldham Athletic and officially announcing his retirement in 2016.

The Holy Blues on the other hand, have not played since their hard fought draw at Hyde United last weekend, only their second away point of the season. In his post-match interview, Curtis Woodhouse was not pleased with his sides performance, conveying the high standards that he expects every match day. They now have another opportunity to play at home this weekend in front of hundreds of the Trinity faithful. Gainsborough will be without attacking midfielder Brodie Litchfield, who left the club this week in search of regular first team football.

Ahead of Saturday, manager Woodhouse commented, "We go into a really busy period of the season, a really important one. We are lookin 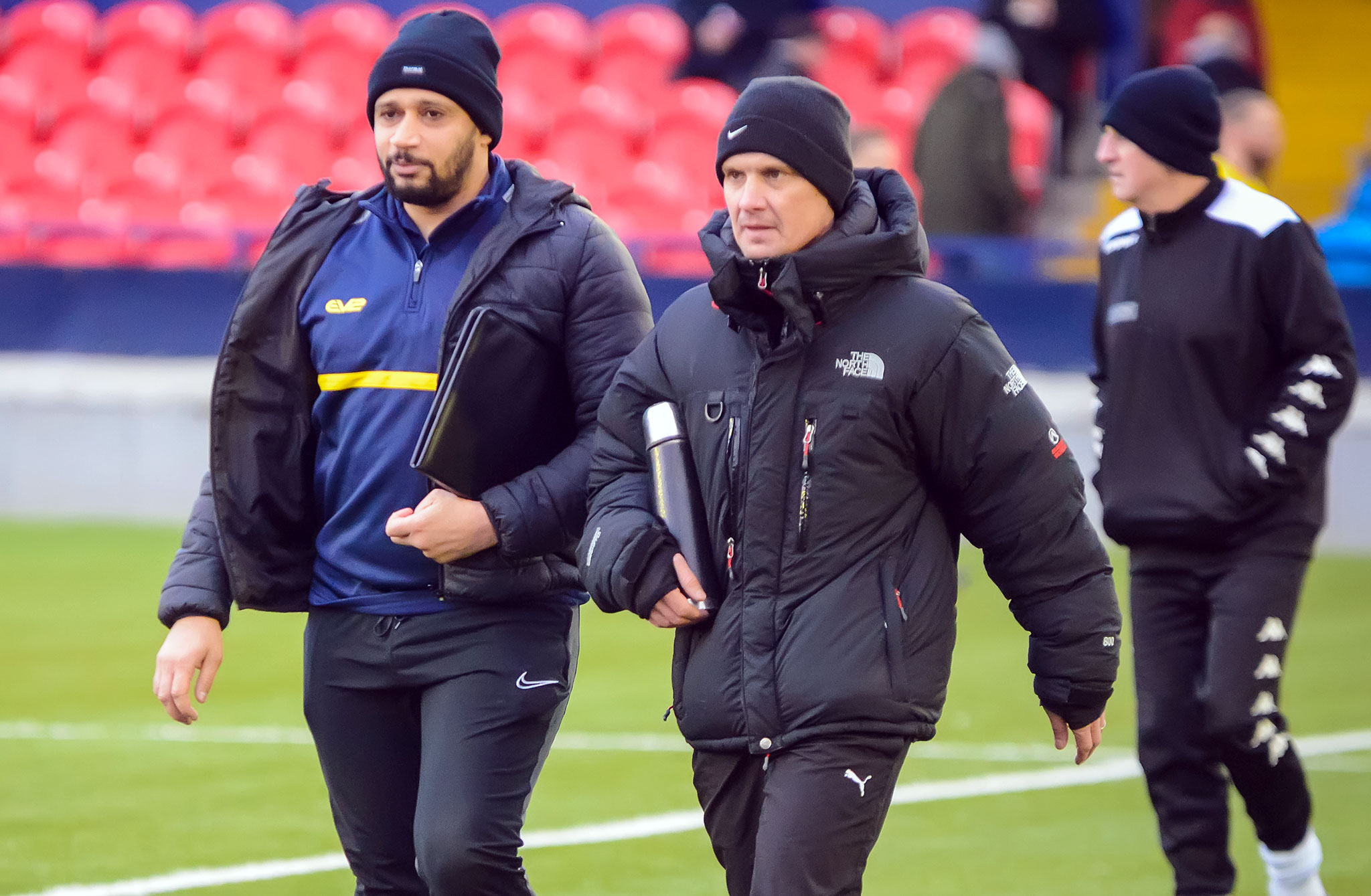 g to build on the back of Saturday's point (away at Hyde). My initial reaction after the game was one of disappointment with the way we played. I think we can be a lot better than that, but in hindsight looking back at it, once my emotions had settled down a bit, it was a fantastic point against a team that’s been very good at home. It tees us up nicely for Saturday and gives us a platform for Nantwich, who will be a good test for us."

"They are a side that like to get the ball down and play. We have had a detailed report about them and it's going to be a tough game for us, but one we are looking forward to and hopefully get that home form up to where it should be. There have been too many easy pickings at home this season, so we want to try and make that better in the second half of the season and start picking up some points."

"Grantham and Matlock complete a very interesting Christmas period. Grantham are not in the best of form at the minute, whereas Matlock are at the other end of the spectrum. They got a great result in the cup in midweek (defeating Chorley in a penalty shootout). We’ve got some hard games coming up. We trained well in the week. On Thursday we were down at the ground to work on some shape and a few different patterns moving forward. One big plus on Saturday was that we defended well, a hell of a lot better than we have of late. Perhaps that was something to do with playing a 3-5-2, although defensively we looked sound, we did lose a bit going forward; plenty of food for thought as we move into Saturday."

With it being the last game before Christmas and the start of the busy period for the Blues, make sure to get yourself down to the Martin & Co Arena as three points could be vital. If we can put a good spell together during this run the club will quickly climb up the table.