Gainsborough Trinity are looking to continue their best run of the season as they travel east, to Whitby tomorrow. Trinity are coming off back to back wins, having beaten both Grantham and Matlock Town respectively to climb to 20th place. Whitby on the other hand sit in a comfortable mid-table position, currently 14th, nine points ahead of the Holy Blues. They have won four of their nine home games this season and are also nine points off the play-offs.

They started the season strongly, recording six straight victories; which included four clean sheets as the league went into September. In the games following, a defeat at the Northolme - a game in which Ashley Worsfold netted twice for the Holy Blues. Whitby come into this game having not played since Boxing Day, their pitch being deemed unplayable on New Year’s Day. In their last game they stunned league leaders South Shields, recording a 2-1 victory. Chris Hardy's side were on a rotten run heading into December but a much improved showing at Witton Albion and have now recorded back to back victories too.

This game comes on the back of the announcement that Trinity defender Will Thornton has extended his loan spell. He has impressed fans and management alike with his performances in his first eight games in the Blue of Gainsborough. Striker Gregg Smith has carried his form from Newark Flowserve into his first two games, giving Trinity a different option up front, while scoring on New Year’s Day.

Prior to Saturday’s game, manager Curtis Woodhouse commented, "We’ve got another really tough game away at Whitby. They’re a really good side; beat South Shields not too long ago who are flying high at the top of the league, so we know we’re in for a really tough game. It’ll be a game where we’re really going to have to suffer without the 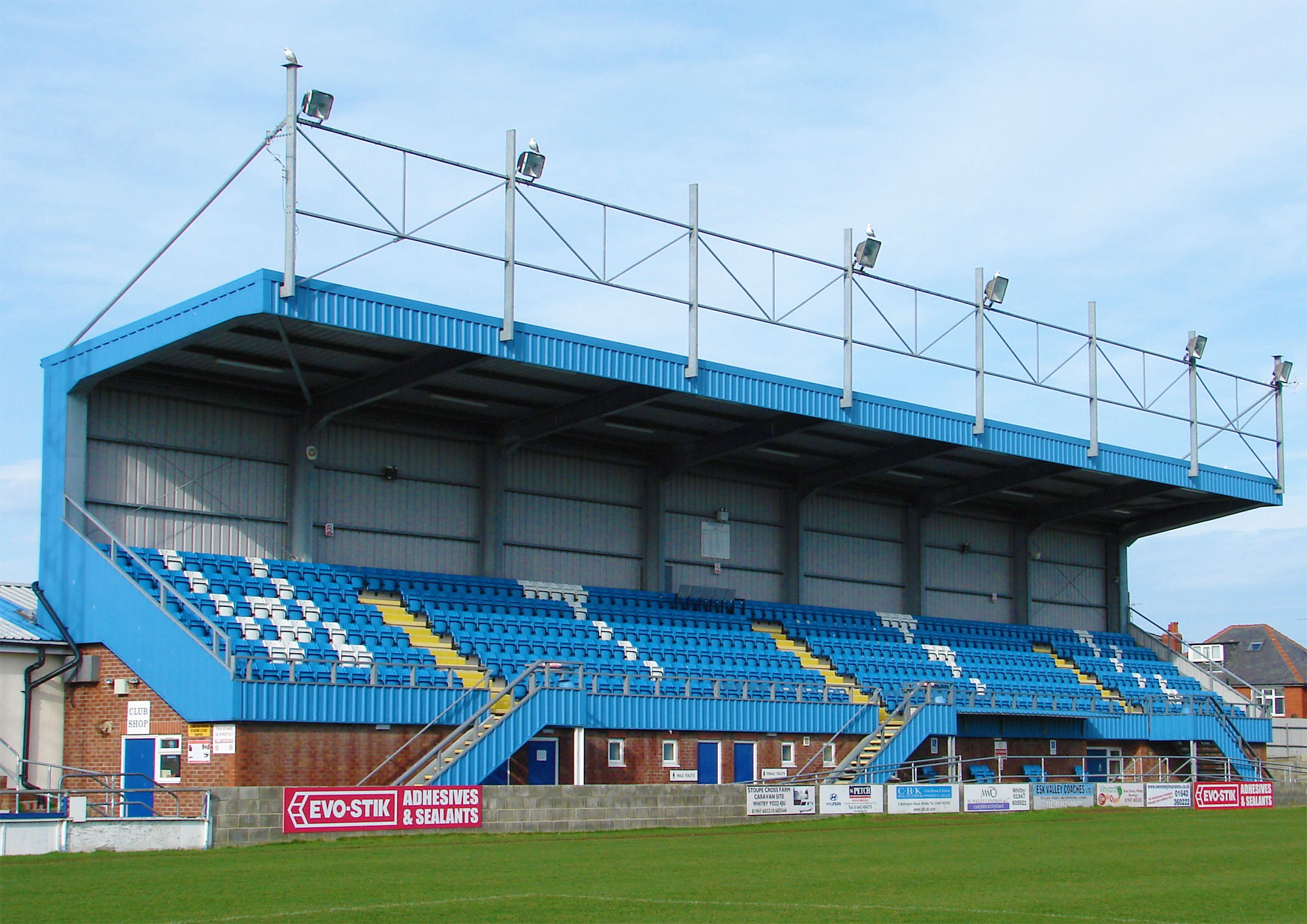 ball. We’re going to have to work incredibly hard and take our chances when they come along. Our form lately is very good, so we will go into it confident and with our last back to back wins and the draws before that, looking at the league we’ve really sucked a few of them in there with us. Once you’re in a relegation dogfight, you need that mentality that you’re somewhere in it. We’re right there, we’re fighting, scraping. I’ve told our lads we have 22 cup finals to go, and I expect every one of them to fight until the very bitter end."

He continued, "We go into the game full of confidence, but it’s going to be tough. I don’t think the pitch is great either, so I don’t expect it to be a classic. It might be a case of rolling our sleeves up, looking to dig in, just like we did on Wednesday. We’re ready, we’re confident and we’ve got a fully fit squad apart from Shane Clarke, who picked up an injury, which is a loss for us. The last 2-3 games he’s started, he has played really well. We have Jordon Adebayo-Smith who is now registered with us, and he’ll go straight into the sixteen for the game, so that’s a plus on that side. I expect us to get something from the game; hopefully three points, but let’s try not to get beat and keep the run going."

Tomorrow’s game will be a tough one, with Whitby showing how good they can play on Boxing Day. Curtis Woodhouse’s men must be at their best if they are to record their second away victory of the season. The manager has spoken about his excitement for the future although they must continue to pick up results to ensure they are not part of a relegation dog fight come the end of the season.